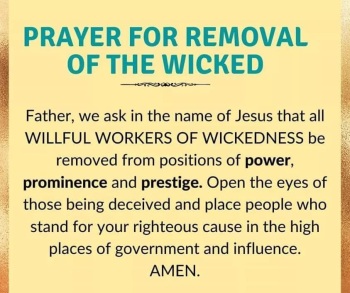 2020: Dan Bongino’s Ep. 1327 August 20th [1:06:55] – The first segment talks about Kamala Harris and Barack Obama’s speeches. Keep in mind that Bongino actually served on Obama’s White House Secret Service detail and observed these clowns up close and in person. He calls Obama “the single most corrupt president in American history” and says he and his entire staff think Joe Biden is a bumbling fool.

The second segment, beginning at about 19 minutes, covers and debunks some of the many lies that people like Chris Hayes tell us over and over and over.

The third segment, beginning at about 46 minutes, talks about the COVID-19 lies the Slime Stream Media have been pumping out on a regular basis.

2020: Biden flubbed his final line – According to the transcript as prepared for delivery, this line should have read: “And there has never been anything we’ve been unable to accomplish when we’ve done it together.” 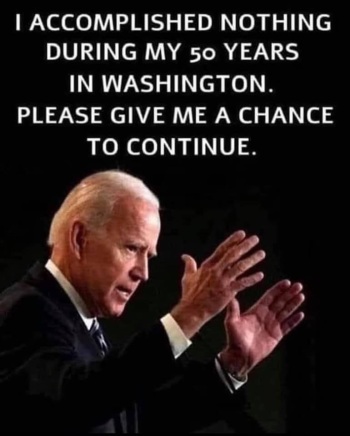 2020: Biden repeats himself – CLICK [2:14] to hear Joe make the same promises in his convention speech that he’s failed to keep in the past. 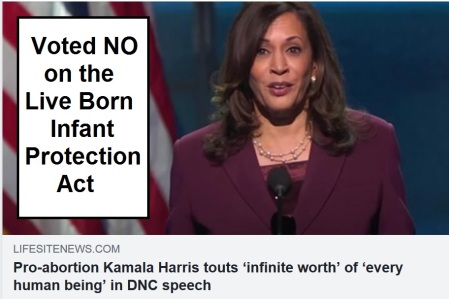 2020: Kamala lied – Her acceptance speech included this line: “Every human being is of infinite worth, deserving of compassion, dignity, and respect.”

Her voting record earned her 100% approval from pro-abortion groups.

2020: Democratic convention – Babylon Bee nailed it. “I know I spent a lot of time encouraging you to feel oppressed by each other so you look to the federal government to fix it and turn a blind eye while I massively increased the power of the executive branch. But this time I’m serious. Let’s not hate each other, at least not until a Democrat is in office again.”

Laura Ingraham also landed a zinger while live tweeting Obama’s nasty speech: “It’s too bad Barack Obama wasn’t President for 8 years because he might have been able to fix all these terrible systemic problems America apparently has.” 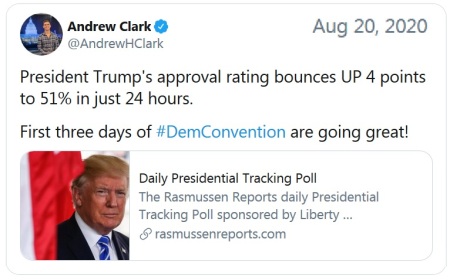 2020: Democratic Convention – Normally, during a party convention, THAT party’s presidential candidate gets a bump just because of the attention and focus on him/her.

2020: Democratic Convention – At the DNC Telethon on Wednesday night, Democrat VP candidate Kamala Harris gave her acceptance speech in front of a large bank of television monitors on which she could see the faces of 30 “different” enthusiastic Democrat party members.

Upon closer inspection, it appears that only 27 people had agreed to be part of the montage, because three of them appeared twice each.

2020: Biden on foreign policy – Robert Gates, who served as defense secretary for the Obama administration, wrote in his memoir that Joe Biden has “been wrong on nearly every major foreign policy and national security issue over the past four decades.“

ILLINOIS: Chicago – Democrat elitist and Chicago Mayor Lori Lightfoot ordered 140 cops to protect her home. She’s been cool with protesters and rioters damaging other parts of the city … but not her neighborhood.

She’s also been fine with protesters and rioters ignoring social distancing guidelines, but insists that small businesses obey them.

Of course, she also gave herself permission to go to her hairdresser when nobody else was allowed to do so, because, you know, SHE needs to look good. 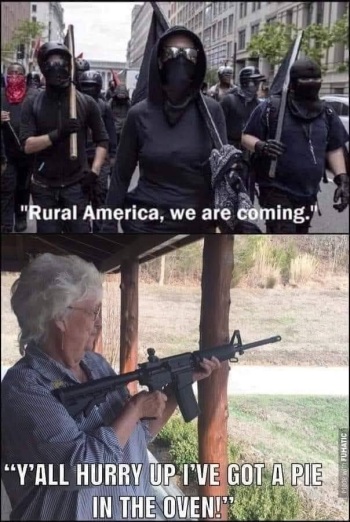 Some exemptions for medical or religious reasons are provided. In the case of a medical exemption, a doctor must document why an individual can’t medically receive the vaccine. Religious exemptions come from the parent/guardian and must state in writing that a vaccine conflicts with a sincerely held religious belief. 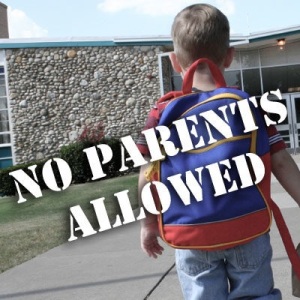 TENNESSEE: Parents vs. Schools – Parents of students who attend Rutherford County Schools (RCS) must sign a statement agreeing not to observe their children’s online classroom sessions. The form warns that “violation of this agreement may result in RCS removing my child from the virtual meeting.”

They say it’s to protect the privacy of other students. Conveniently, it also protects teachers from being outed for pushing their own political narrative and/or shaming students for having a position they disagree with. 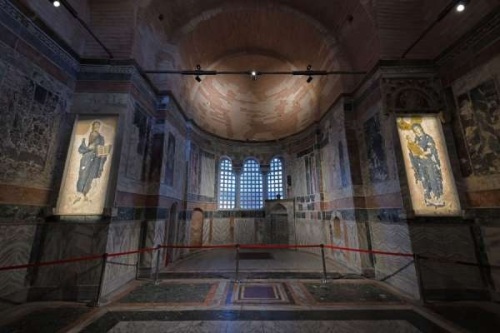 Now they’re doing it to Holy Savior in Chora.