FAIR and BALANCED: CLICK [3:25] to hear Kayleigh McEnany give the media copious praise for its reporting on the dangers of universal mail in voting and the appalling censorship and bias practiced by social media platforms. 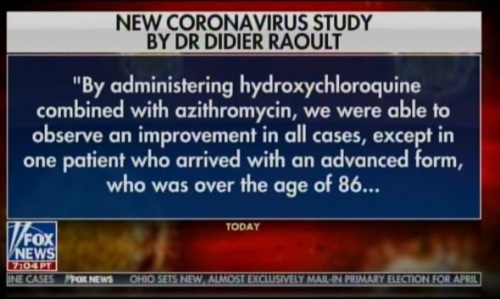 COVID-19: The Association of American Physicians and Surgeons (AAPS) is suing the FDA for not allowing the use of hydroxychloroquine for coronavirus.

HCQ was FDA approved in 1955 and has been taken safely by hundreds of millions of people.

In some countries in Central America, officials are going door to door to distribute HCQ.

Today there are over 5 global studies that support the doctor’s findings that HCQ is a cheap and very effective treatment for coronavirus.

Dr. Raoult was correct in his findings, yet the opposition to him was so intense, he even received death threats.

High government officials who are determining federal policy insist in private that doctors have the legal authority to prescribe HCQ or other FDA-approved drugs for “off-label” uses.

So why does the FDA and the Left Stream insist on demonizing it and even threatening doctors, hospitals, and pharmacists that want to use it here in the U.S.?

ST. LOUIS: Kimberly Gardner is the Soros-backed chief prosecutor and Circuit Attorney for St. Louis who tried to prosecute the McCloskeys for defending themselves from an angry trespassing mob by brandishing their legally owned firearms until the thugs left.

Gardner is under active criminal investigation for her alleged illegal efforts to prosecute former Missouri Gov. Eric Greitens in 2018, an endeavor that led to the rising Republican star’s resignation.

In July 2019, John Solomon submitted FOIA request for all communications between Gardner, her staff and associates.

Gardner has been stonewalling him. But on Monday, a judge signed an order charging Gardner with “reckless, dilatory and intentional refusal to timely file a responsive pleading.”

Gardner could be ordered to pay a substantial fine and have to pay Solomon’s legal fees.

MICHAEL BROWN: The Michael Brown shooting triggered weeks of protests and riots. It also launched Black Lives Matter to national prominence. But all of it was based on the lie that Brown was shot with his hands up, while pleading ‘don’t shoot.’

What actually happened is that Brown was shot when he punched Officer Darren Wilson in the face and tried to steal his gun. Then afterwards, witnesses were threatened if they tried to tell law enforcement what they saw.

Yeah, right. Wilson has been cleared THREE TIMES now, but it’s okay BLMers, cuz we all “know” (wink,wink) that the Bad White Cop murdered the “gentle giant” … who shortly before the deadly incident with Officer Wilson was caught on a convenience store camera bullying the much smaller store clerk by grasping him by the throat and shoving him forcefully backwards. 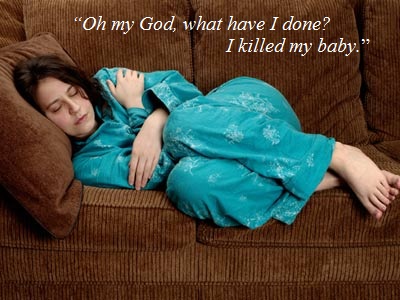 ABORTION REGRET: For many women, the pain starts before they’ve even left the recovery room. Planned Parenthood keeps journals in their recovery rooms for patients to write in while they recuperate.

A former Illinois Planned Parenthood worker named Linda Couri was working on her doctorate in social work and thought the used journals would be good research material. At that time, Couri was convinced that abortion benefited women.

She was shocked at what she read in the journals.

WALK AWAY: This is the first time I’ve seen this incident cited as a moment of awakening! – “The turning point for me was when Pelosi ripped up Trump’s speech. I couldn’t believe that this woman of power was behaving like a high schooler and stooping to such low standards. Here I was, criticizing Trump’s childish behavior, and someone I respected was behaving in such a nasty and unprofessional way. I couldn’t believe what I was seeing and so I started paying close attention.” 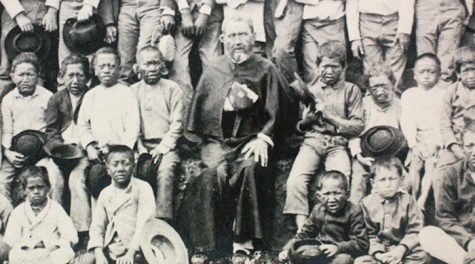 CATHOLIC: AOC displayed her appalling ignorance recently when she bitched about the statue of St Damien of Molokai, saying it represented colonialism, patriarchy, and white supremacism.

Once upon a time, the government of Hawaii routinely DUMPED anyone diagnosed with leprosy on an impoverished and isolated island. Food and housing were scarce and medical care non-existent. The most brutal ruled and women were forced into prostitution to survive.

St. Damien was a Belgian, born in 1840, who moved there ON PURPOSE in response to God’s call. He learned the language, ministered to the people, built houses, planted crops, fought with the government for supplies, got nursing nuns to come provide medical care, and ultimately caught and died of the disease himself. Most importantly, he loved the people. And they loved him.

Hawaiians and Catholics around the world still admire and love him. Except for AOC, who is a pompous, ignorant fool.