I was going to do an opinion piece, but after almost two weeks of fighting snowstorms every day as I delivered newspapers I’m worn out. Maybe another time.

PAUL RYAN Promises Democrats to Pass Amnesty – Will Get to It Next
NEVER MIND CALLS TO PRIMARY HIM. THE DEMOCRATS IN HIS HOMETOWN LOVE HIM. HE’S NOT GOING ANYWHERE.
Speaker Paul Ryan promised Democrats on Thursday he will pass amnesty for illegal aliens. They just need to wait a week or two. 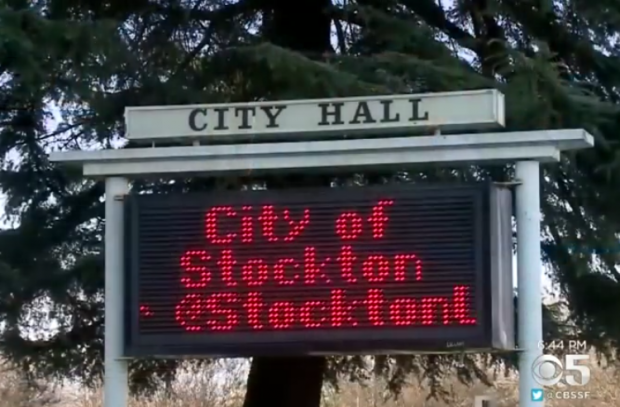 WHAT COULD POSSIBLY GO WRONG?
The plan, spearheaded by Stockton’s 27-year-old mayor, Michael Tubbs, will likely begin sometime in August 2018 and involve at least 100 people of varying income levels getting $500 a month for three years.
Ever since it declared bankruptcy in 2012, Stockton has been in recovery-mode, and Tubbs sees basic income — a growing topic of discussion around the world over the past couple years — as one way to rehabilitate the city.
In a basic income system, participants get a fixed amount of money that they can use however they want.

In a bizarre display of willful blindness, U.S. liberal media have lavished praise on North Korea’s dictatorship during the first days of the Winter Olympics, gushing over its “charm offensive” and comparing it favorably to the Trump administration.
In an article Sunday titled “Kim Jong-un’s Sister Turns On the Charm, Taking Pence’s Spotlight,” the New York Times was unable to contain its admiration for the totalitarian state, saying that North Korean leader, Kim Jong-un, stole the show at the Winter Olympics by sending his sister, Kim Yo-jong.
http://www.breitbart.com/big-government/2018/02/12/ignoring-human-rights-abuses-mainstream-media-gush-north-koreas-charm/

President Trump wants a parade celebrating our military and troops. It’s a great idea, and is a perfect event symbolizing the fact that America is getting back on her feet after eight years of a commander-in-chief who reveled in complaining about America and decimating our military. 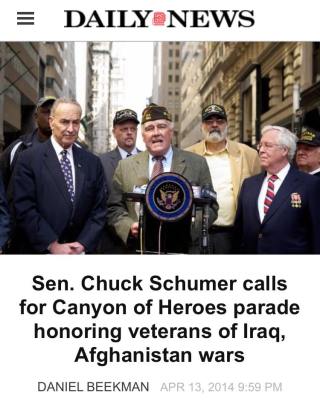 The hysteria the proposed parade has provoked among Democrats and leftists provides even more proof that it’s the right thing to do.
http://www.foxnews.com/opinion/2018/02/07/trump-wants-military-parade-and-liberals-are-hysterical-just-more-proof-its-right-thing-to-do.html

Donald Trump with wife Melania and sons Eric and Donald, Jr. Trump holds the Phelps Award as 2008 Honoree of the Year by the Vietnam Veterans Memorial Plaza.
Donald Trump was credited with saving the 50th Anniversary of the NY Veterans Day Parade
UPI reported in 1995 how Trump was credited with ‘saving’ the New York Veterans Day Parade. The parade that year was marking the fiftieth anniversary of the end of World War II.
Police estimated 500,000 people attended the largest military parade ever held in New York. Organizers, who placed the turnout at closer to a million, said the parade would not have been a success if it hadn’t been for real estate developer Donald Trump, who contributed $200,000 and raised another $300,000.
Last week the Trump White House announced they would ask the military to plan a great military parade in Washington DC.
Democrats were disgusted.
Hallie Jackson: To follow up on Catherine’s question, You just laid out the argument to fulling funding the military, why you think every dollar counts. So why divert time, energy, financial resources to the planning of a parade as the president has asked? 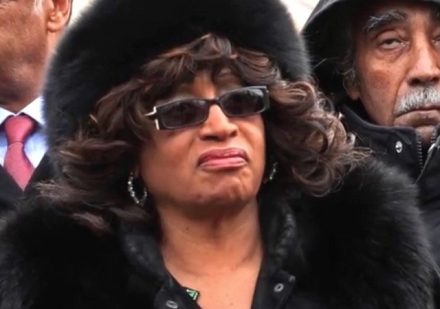 Current, former workers at Coleman facility say that’s not true
Security officials inside the minimum-security prison camp that is part of the Coleman Federal Correctional Complex in Central Florida — where the 71-year-old former Democratic congresswoman reported to Jan. 29 — said she’s treated like everyone else.
But according to inmates, Brown has been getting everything from massages to being able to wear wigs.
“New mattress, kissing up all day and all night by both staff and residents … and she got to keep a bunch of wigs,” one inmate wrote.
The letter goes on to say, “She had to have a brand new mattress. She has girls that are in prison at her beck and call. She says they are on her payroll. Where we got one chicken pattie for lunch she gets 2. The officers allows her to have massages every night.”
That inmate also claims that Brown is allowed to wear “brand new high-top leather sneakers” that aren’t even sold in the prison commissary.
https://www.news4jax.com/news/investigations/i-team-inmates-claim-corrine-brown-getting-special-treatment

WHY IS THIS DECREPIT HAG RULING ON CASES INVOLVING THE PRESIDENT/?
“I think it was difficult for Hillary Clinton to get by even the macho atmosphere prevailing during that campaign, and she was criticized in a way I think no man would have been criticized,” Ginsburg said Sunday.
http://dailycaller.com/2018/02/12/ginsberg-blames-sexism-trumps-win/

RAUNER TRIED TO BRING A BIT OF FISCAL SANITY TO THIS LIBERAL SEWER. HE WAS STEAMROLLED BY THE DEMOCRAT-DOMINANT LEGISLATURE LED BY HOUSE SPEAKER MICHAEL MADIGAN AND THE NEWS MEDIA. HIS VETO WAS EASILY OVERRIDDEN AND HE JUST GAVE UP. NOTHING ANY REPUBLICAN DOES WOULD MAKE A BIT OF DIFFERENCE.
Illinois State Representative Jeanne Ives (R-Wheaton) has launched a biting new ad against incumbent Republican Bruce Rauner that brings the “sanctuary state” issue to the fore in the Republican primary.
In 2017, Rauner signed a law that essentially made Illinois a sanctuary state. Conservatives warned that it marked the “beginning of the end” of his administration.
http://www.breitbart.com/big-government/2018/02/11/jeanne-ives-sanctuary-state-becoming-major-issue-il-governor-primary/

The Washington Post, New York Times, and USA Today still refuse to employ a single columnist that won’t begin each piece with anything less than “Mr. Trump, you are a liar!”
CNN this year had to retract one story and significantly modify a second one (both were related to Trump and Russia) after it turned out the former wasn’t supported by any facts (otherwise often referred to as “fiction”) and the latter was inaccurate to the point of libel.
http://www.thegatewaypundit.com/2018/02/columnist-time-accept-theyre-no-longer-journalists-theyre-activists/

California Moves To Force Public Universities To Administer Abortion Pills
The state legislature is moving on an aggressive attempt to reconfigure student health centers from places of healing to abortion franchises.

The FDA reports that such drug-induced abortions have led to cases of extreme bleeding, infection and incomplete abortions requiring a surgery, and even to the death of mothers. The drugs are especially dangerous to women who are later in pregnancy or are experiencing an ectopic pregnancy, both conditions which must be determined by an ultrasound (using equipment not usually found in a college health center.) And that is before we add in the emotional experience of waiting alone in a bathroom to see the pre-born infant pass into a toilet.
http://thefederalist.com/2018/02/09/california-moves-force-public-universities-administer-abortion-pills/

“Given how unpopular oil development in coastal waters is in California, it is certain that the state would not approve new pipelines or allow use of existing pipelines to transport oil from new leases onshore,” coastal commissioners Lt. Gov. Gavin Newsom, State Controller Betty Yee, and state Department of Finance Director Michael Cohen wrote in a letter Wednesday to the BOEM.
California officials can therefore control pipelines, transportation of materials, terminals, and refineries built in coastal areas. The federal government could pull out the U.S. Constitution’s supremacy clause to create a regulatory framework that would override California law.
http://dailycaller.com/2018/02/07/california-will-block-oil-coal-shipments/

Immigration activists are furious that 73 House Democrats, including seven members of the Congressional Hispanic Caucus, voted for a bipartisan spending bill that doesn’t include a DACA fix.
“Last night immigrant young people and people of conscience fighting for justice were betrayed by both parties,” said Greisa Martínez Rosas, a DACA recipient and advocacy director for United We Dream, an immigrant youth activism network.
http://thehill.com/homenews/administration/373208-dems-left-dreamers-out-to-dry-say-activists 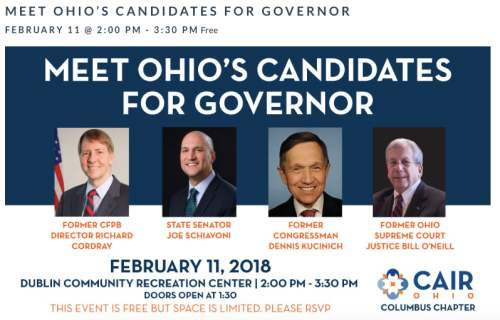 THIS IS THE BEST THEY CAN DO

These are the same people who defended Bill Clinton – who actually was accused of rape and was forced to pay thousands to at least one woman he sexually abused.
http://www.thegatewaypundit.com/2018/02/awful-nbc-political-analyst-trump-become-commander-chief-american-rape-culture-video/

“Let’s just start by saying, ‘Wow,’ again. Let me just take a minute. It’s amazing. Wow,” Obama said after the portrait was unveiled. The moment was met with a gasp and applause.
“Whatcha think?” she asked her mother, Marian Robinson. “It’s pretty nice, isn’t it?”
Obama said that she and President Barack Obama interviewed several artists for their portraits, and that she bonded with Sherald because of all the time they spent together. 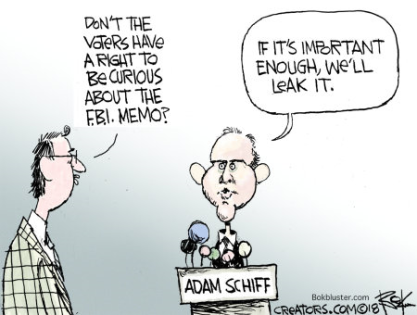 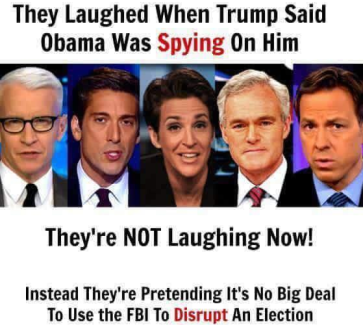 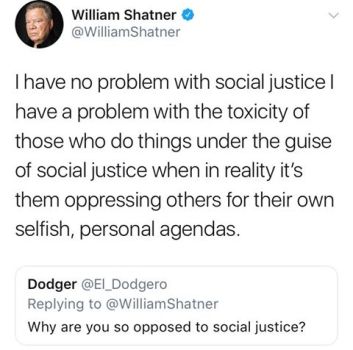 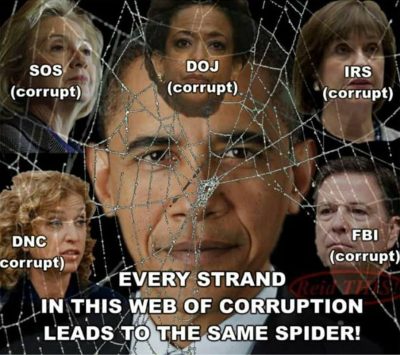 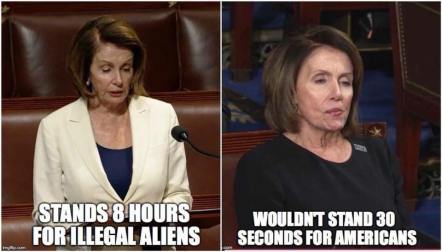 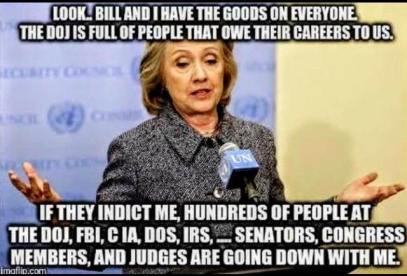 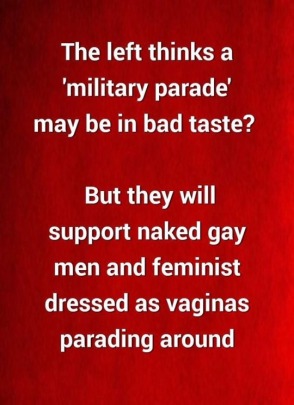 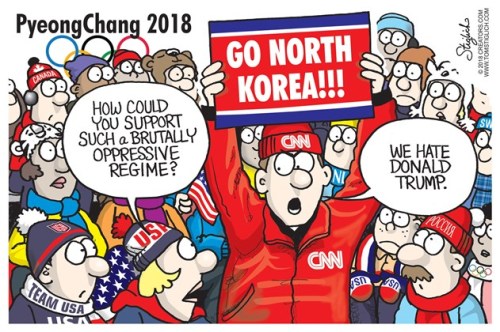 5 responses to “Much Ado”