The Truth about the Crusades and Islam

THE TEARS YOU SHED MAY TASTE BITTER TO YOU, BUT THEY ARE AS NECTAR FROM THE GODS TO ME.

All of your favorites are here, as chronicled by Breitbart News over the past year; there’s Cher complaining about the divisiveness of the country while simultaneously calling Trump a “f*cking idiot;” Rosie O’Donnell unloading on the “orange motherf*cker” during the third presidential debate; Elizabeth Banks and Moby swearing like sailors in a last-ditch Funny or Die voter drive; Don Cheadle urging Trump to “die in a grease fire.”

1.. Lena Dunham grieves for Hillary Clinton after the election.

The “Believe” singer — who hosted a fundraiser for Clinton in August — compared Trump to Nazi leader Adolf Hitler (as did countless other celebrities, more on that below) and called him a “f*cking idiot.” She also made it a habit to use a toilet emoji whenever writing Trump’s name on Twitter.
3. Michael Moore

“I mean, he’s so blatantly stupid,” De Niro said in the clip. “He’s a punk, he’s a dog, he’s a pig, he’s a con, he’s a bullsh*t artist, a mutt who doesn’t know what he’s talking about, doesn’t do his homework, doesn’t care, thinks he’s gaming society, doesn’t pay his taxes
5. Jennifer Lawrence

“So I had my full security, I was like, ‘Find Donald Trump,’” Lawrence told Norton. “Because I was adamant on finding him and then making a video of me going, ‘Hey Trump, f*ck you!‘”
6.. George Clooney

O’Donnell and Trump have feuded publicly for years, but the hysteria level was kicked up a notch during the third presidential debate when O’Donnell went on a Twitter tear, calling him an “orange motherf*ker” and a “delusional turd.”
9. Late-night TV hosts (Colbert, Maher, Bee, Meyers etc.)

“Donald Trump is human syphilis and we can be the antidote/So holy f*cking sh*t, you’ve got to vote,” the celebrities sang over a pretty, piano-based melody.
11. Don Cheadle

In August, the Oscar-nominated actor unleashed a series of tweets against Trump, urging the then-candidate to “die in a grease fire” and suggesting that people of Trump’s “ilk” are responsible for violent conditions in Chicago.
12. Miley Cyrus

During the campaign, Cyrus complained that Trump would not stop saying “stupid ass sexist sh*t,” and later told her nearly 60 million Instagram followers to kiss her “ashtanga ass” if they weren’t voting for Clinton.

Bryan Cranston, Barbra Streisand, Lena Dunham, Amy Schumer, Jon Stewart, Chelsea Handler, Samuel L. Jackson, Whoopi Goldberg and George Lopez all said they would move to various places outside the United States if Trump won, with the most popular proposed destination being Canada.
Of course after Trump won, some, including Schumer and Dunham, promptly copped out on their promises. Schumer said her vow to move to Spain earlier this year was a joke.
14. Celebrities compare Trump to Adolf Hitler.

“I am certain this is not the first time we’ve elected a racist, sexist, homophobic president. He ain’t the first one. He’s just the first confirmed one,” Sykes said during her set at the Neely Foundation’s annual Comics Come Home fundraiser in Boston’s TD Garden.
16. Roger Waters

As the musician sang classics from his Pink Floyd days, images of Trump in a KKK hood, performing a Nazi salute and holding a sex toy like a rifle flashed on the massive LED screen behind him. The show also featured a giant inflatable pig soaring over the crowd with the phrase, “F*ck Trump and his wall” printed on it.
17. Lady Gaga

In the early morning hours after the votes came in, Gaga hopped on a sanitation truck outside Trump Tower in Manhattan to stage a micro-protest over the results and posted a photograph to Twitter.

The pop icon made a last-ditch effort in October to bolster votes for Hillary Clinton by offering to perform oral sex on anyone who voted for the Democratic candidate.
20. Sarah Silverman

“For a lot of people, this is the Great Depression, but this time it’s emotional & physical,” she wrote. “Our bodies r breaking down w fear & rage.”

Those who ignore history are destined … 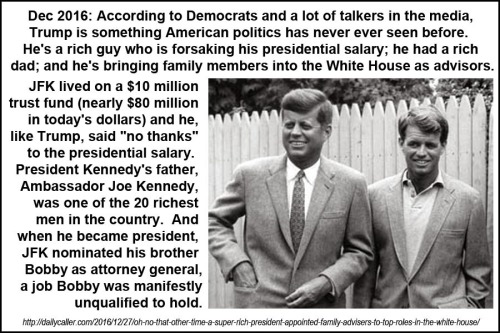 Comments Off on Those who ignore history are destined …

Liberal celebrities can be such dirtbags 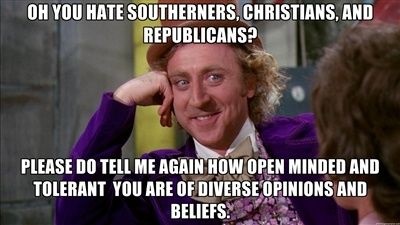 News that Debbie Reynolds had passed away just a day after daughter Carrie Fisher was met with shock and sadness by most, but celebrities Jean-Luc Bilodope and Charlie Sheen decided it was a good excuse to hang their dirtbaggery out for all to see. 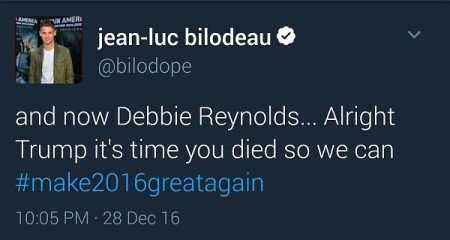 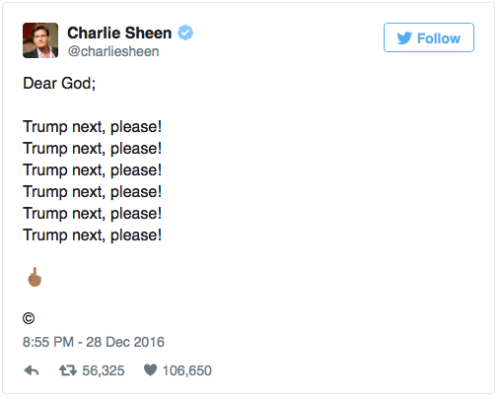 Tweeters called them out big time:

The radical Islamic Anti-Semite in the White House

Occasionally, I stumble across a web site claiming Obama is the Anti-Christ.  I’ve always thought he was certainly an anti-christ — i.e., someone willfully engaged in assisting the rise of the Evil One who will bring on the end of the world.  But Obama THE Anti-Christ?!  Oh please.  Tell me another one! 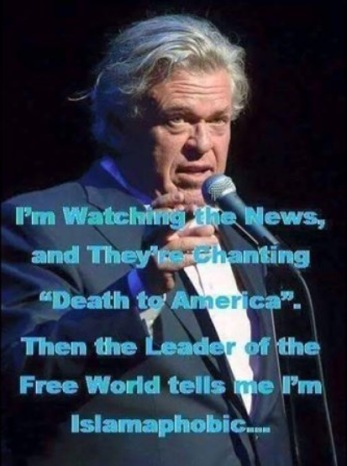 “Barack Obama and his defenders love to shovel out the racist charge against anyone who as much as sniffs mild opposition to his polices. But how does he do on the duck test?

A compelling list of Obama’s anti-Semitic acts from long before he engineered the recent Security Council betrayal.

“27 Dec 2016 [TEL AVIV] – Israel’s ambassador to the United States warned Tuesday that the country will provide ‘evidence’ to President-elect Donald Trump that President Barack Obama was behind Friday’s anti-settlement resolution at the United Nations Security Council.”

Fox News strategic analyst Lt. Col. Ralph Peters: “Obama could have done a better job (on domestic terrorism), but where you really have to fault the outgoing president is on his disastrous approach to the Middle East which I can bluntly sum up in six words, which is: praise Islam, ignore Christians, blame Jews.”

Delusional to the Bitter End

Barack Obama has 22 more days to wreak as much havoc as he possibly can. A man of character would be helping his successor with the transition of power. Not him. He came into office with a gigantic chip on his shoulder and a fire in his belly to inflict as much pain as he could because of America’s wealth and power. His eight-year reign of terror has been a non-stop crusade to weaken the US, embarrass us internationally, and crush the American spirit through taxes and executive orders when a republican majority in the House and Senate would shun complicity in our destruction. He has packed the courts, declared huge swaths of land off limits for energy exploration, released more than a thousand felons, and is desperately trying to empty Gitmo before he leaves. It is certain he will issue many more pardons on his last day and will not go quietly. The Enslaved Press will allow him to pontificate about everything Trump does. He’s already convinced himself if the economy improves, he did that. People like him are so far out of touch with reality they are beyond rational thought.

The Bears Ears National Monument in Utah will cover 1.35 million acres in the Four Corners region, the White House announced Wednesday. In a victory for Native American tribes and conservationists, the designation protects land that is considered sacred and is home to an estimated 100,000 archaeological sites, including ancient cliff dwellings.
In Nevada, a 300,000-acre Gold Butte National Monument outside Las Vegas would protect a scenic and ecologically fragile area near where rancher Cliven Bundy led an armed standoff with government agents in 2014. It includes rock art, artifacts, rare fossils and recently discovered dinosaur tracks.
The White House and conservationists said both sites were at risk of looting and vandalism.

Hey, maybe Obama should use recess appointments to pack the courts before leaving office

That leaves one potentially big stick in Obama’s rapidly shrinking arsenal: recess appointments of judges to fill scores of federal-bench vacancies — up to and including Antonin Scalia’s seat on the Supreme Court.
There’s a problem with this, which is that the Supreme Court ruled in 2014 that Obama had no right to make recess appointments to the Labor Relations Board (in 2012) while the Senate was in pro forma session. But Kilgore suggests there is a way around this. In involves making the appointments in the seconds between the end of one Senate session and the beginning of the next one:
HIS ‘APPOINTEES’ WERE RULED ILLEGAL BY SCOTUS AND HE WAS ORDERED TO REMOVE THEM. THEY’RE STILL THERE. HE ALWAYS IGNORES LAWS THAT DON’T SUIT HIS NEEDS.
The passage of Obamacare via reconciliation, the decision to use the nuclear option, the Senate Majority leaders lies about Mitt Romney’s taxes, the aforementioned “recess appointments” to the Labor Relations Board, the President’s unprecedented expansion of prosecutorial discretion under DACA, his kill list and use of drones against U.S. citizens, the payment of subsidies to insurers despite a requirement to make payments to the Treasury. Not to mention the Democrat-led attempts to request a blanket pardon for “dreamers,” to rally faithless electors to attempt to change the outcome of the election and to demand a special classified briefing for electors—all of which took place in the last month. Granted those last three didn’t work out but not for lack of trying.

You may recall that earlier this year, about three years after the nuclear option helped Obama establish a liberal majority on the D.C. Circuit, a three-judge panel on the case decided a key case on FCC regulation of the Internet.
Democratic appointees at the FCC had been trying to regulate the Internet essentially like a utility, but up to that point they had been blocked in the D.C. Circuit. But this time, the pool of judges from which the panel on the case was drawn was a lot more favorable. And the result in this case was a 2-1 decision in favor of the FCC position.

Debbie Reynolds — who rose to stardom in “Singin’ in the Rain” and quickly became a staple among Hollywood royalty — died Wednesday as a result of a stroke, TMZ has learned … just one day after her daughter Carrie Fisher passed away … this according to her son Todd.

REMEMBER MARTIN SHEEN? THE HOLLYWOOD HACK WHO BESEECHED ELECTORS NOT TO VOTE FOR TRUMP? HE RAISED THIS:
Horrible Human Being Charlie Sheen Wishes Death On Donald Trump
After the deaths of Carrie Fisher yesterday and her mother Debbie Reynolds today, classless Charlie Sheen tweeted this out: 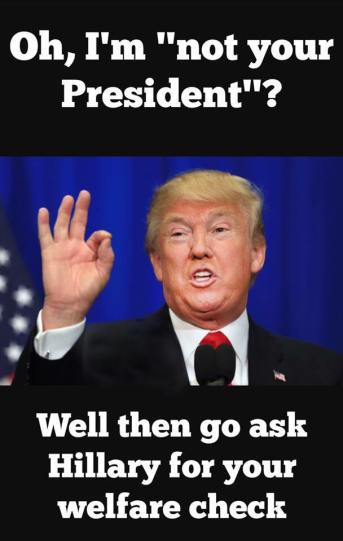 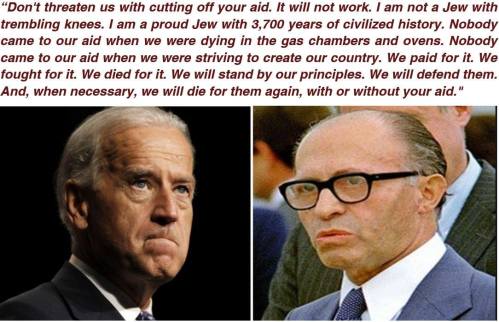 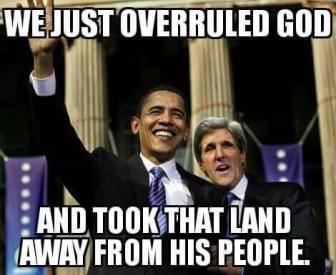 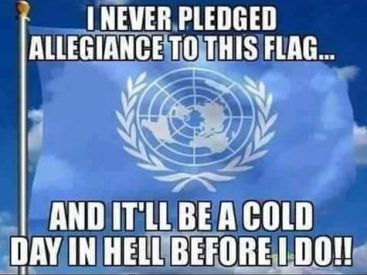 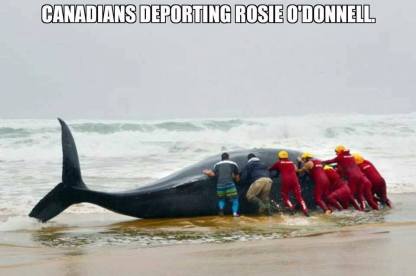 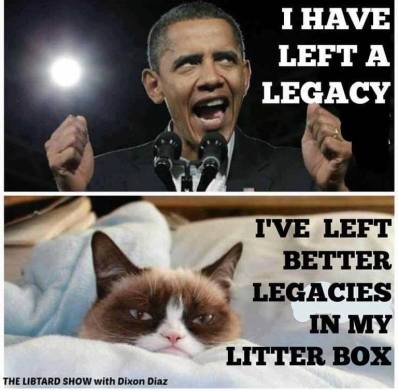