Dec 2016: Obama sent a stern message to Russia about not messing in our elections. “Because we can do stuff to you.”

After waggling his finger at Putin, Barack and his family left for their final, multi-million dollar, taxpayer-funded, Hawaiian Christmas holiday. 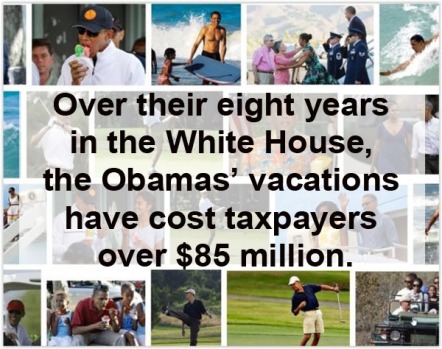 Comments Off on Eight years of “feckless, ineffective, and weak” leadership