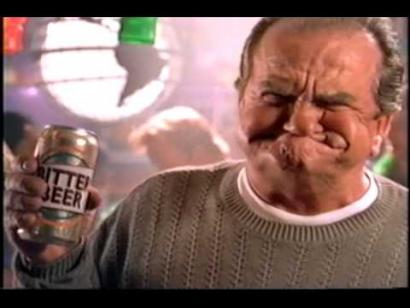 Mika, Joe, Meacham, and Barnicle put on their bitter-beer faces this morning. They castigated Republicans for celebrating with brewskis, and ripped Lindsey Graham and Mitch McConnell for their roles.

“A shabby Senate, with a short-sighted, selfish, cynical, Majority Leader who cared more about his political party and his own political ambitions than the country itself,” said Joe.

Yes, this is the same Joe that just hectored the media: “Your job is not to beat a candidate, your job is to report the news.”

Comments Off on Off the Plantation

Last night, two of Supreme Court nominee Brett Kavanaugh’s high school classmates, each named by accuser Christine Blasey Ford as witnesses to the 1982 assault she alleges Kavanaugh committed, issued public statements flatly denying that they saw anything even resembling Ford’s story.
From 4:00 a.m. to 2:00 p.m. Eastern, CNN spent 3 hours and 23 minutes talking about the Kavanaugh controversy, but only about eight minutes of that were devoted to passing along these confirmations of Kavanaugh’s denial. END_OF_DOCUMENT_TOKEN_TO_BE_REPLACED

Comments Off on This Is CNN

It isn’t even a surprise anymore.

An MSNBC panel has defended the threatening and abusive phone calls to GOP Senator Susan Collins regarding Judge Brett Kavanaugh as “the passion of the people.”

The calls included men berating her about women’s rights while calling her a “bitch” and a “feckless woman.” END_OF_DOCUMENT_TOKEN_TO_BE_REPLACED

How Low Can They Go?

CNN Races For The Ratings Bottom, Sees Much Success

END_OF_DOCUMENT_TOKEN_TO_BE_REPLACED

Some in the media are enemies of the people, precisely because they are so willing to distort the truth (or hide it completely) just to score the partisan points they’re after. Yes, their job is very important, which is why it’s such a big problem when they don’t do it responsibly or honestly. And no one is more guilty of that than lowly Jim Acosta, and once respected CNN.
THEY CAN’T DEAL WITH IT WHEN WE FIGHT BACK INSTEAD OF TAKING IT LIKE WHIPPED DOGS.

“The media has attacked me repeatedly… When I was hosted by the correspondence association you brought up a comedian to attack me. As far as I know I’m the first press secretary in the history of the United States that’s required Secret Service protection,” she continued.
http://www.diogenesmiddlefinger.com/

This is bad, and it’s alarming that people dislike the media this much. On the other hand, I do wish media orgs were remotely self-reflective about why they’re so disliked and tried to address it instead of acting so defensive.

Maxine went low when she told Democrats to get all up in our faces in restaurants and such. But she didn’t specifically encourage violence.

END_OF_DOCUMENT_TOKEN_TO_BE_REPLACED

“Straight Talk” from the President

NBC News icon Andrea Mitchell led the media-Democrat hit job about Trump allegedly calling immigrants “animals.” It’s absolutely clear from the context of his remarks that he was talking about the vicious member of the MS-13 gang. Click on MORE for two news items.