The Giver: A Moving Pro-Liberty Movie

Sarah Palin says this is a MUST SEE movie that “conveys critical truths about our culture and a message Ronald Reagan would approve of.”

The Democrats are right, there are two Americas.

It’s not the haves and the have nots, it’s the dos and the don’ts. Some people do their duty as Americans, to obey the law and support themselves and contribute to society, and others don’t.

That’s the divide in America.

And it’s about time someone said it.

The politics of envy was on proud display last week as the president said he would pledge the rest of his term to fighting “income inequality.” He notes that some people make more than other people, that some people have higher incomes than others, and he says that’s not just.

It was the rationale of thievery.

The other guy has it, you want it, Obama will take it for you.

And it conceals a fundamental deviation from American values and common sense. It ends up not being a benefit to the people who support it, but a betrayal. The Democrats have not empowered their followers, they have enslaved them – in a culture of dependence and entitlement, of victimhood and anger instead of ability and hope.

And success and failure can manifest themselves in personal and family income.

Most often in life our destination is determined by the course we take.

My doctor, for example, makes far more than I do. There is significant income inequality between us. Our lives have had an inequality of outcome. But, our lives also have had an inequality of effort. Whereas my doctor went to college and then gave the flower of his young adulthood to medical school and residency, I got a job in a restaurant. He made a choice, I made a choice. And our choices led us to different outcomes.

His outcome pays a lot better than mine.

Does that mean he cheated and Barack Obama needs to take away his wealth?

No, it means we are both free men.

And in a free society, free choices will lead to different outcomes. 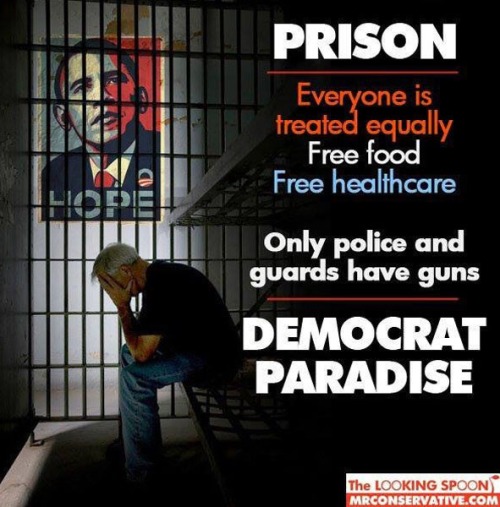 It is not inequality Barack Obama will take away, it is freedom.

The pursuit of happiness means a whole lot less when you face the punitive hand of government if your pursuit brings you more happiness than the other guy.

Barack Obama and the Democrats preach equality of outcome as a right, while completely ignoring inequality of effort. The simple Law of the Harvest – as ye sow, so shall ye reap – is sometimes applied as, “The harder you work, the more you get.”

The progressive movement would turn that upside down.

Those who achieve are to be punished as enemies of society and those who fail are to be rewarded as wards of society. Entitlement has replaced effort as the key to upward mobility in American society.

Or at least it has if Barack Obama gets his way.

He seeks a lowest common denominator society in which the government besieges the successful and productive and fosters equality through mediocrity.

He and his party speak of two Americas.

And their grip on power is based on using the votes of one to sap the productivity of the other.

What the president offered was not a solution, but a separatism. He fomented division and strife, he pitted one set of Americans against another.

For his own political benefit.

That’s what progressives offer. Marxist class warfare wrapped up with a bow.

Two Americas, coming closer each day to proving the truth to Lincoln’s maxim that a house divided against itself cannot stand.

Comments Off on Two Americas

We used to live in a free country 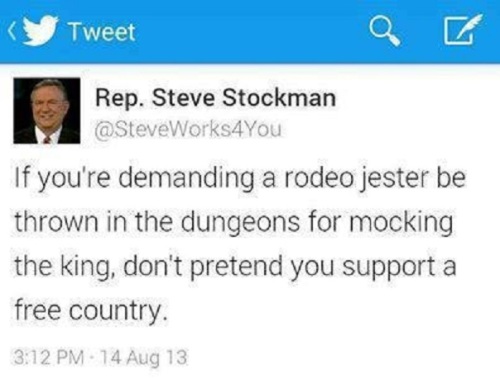 The rodeo clown with the Obama mask has found out about life in a de facto dictatorship.
http://theblacksphere.net/2013/08/the-sinister-undertone-of-clowngate/

BOSTON – National guard units seeking to confiscate a cache of recently banned assault weapons were ambushed on April 19th by elements of a Para-military extremist faction. Military and law enforcement sources estimate that 72 were killed and more than 200 injured before government forces were compelled to withdraw.

Speaking after the clash, Massachusetts Governor Thomas Gage declared that the extremist faction, which was made up of local citizens, has links to the radical right-wing tax protest movement. Gage blamed the extremists for recent incidents of vandalism directed against internal revenue offices. The governor, who described the group’s organizers as “criminals,” issued an executive order authorizing the summary arrest of any individual who has interfered with the government’s efforts to secure law and order. The military raid on the extremist arsenal followed wide-spread refusal by the local citizenry to turn over recently outlawed assault weapons.

Gage issued a ban on military-style assault weapons and ammunition earlier in the week. This decision followed a meeting early this month between government and military leaders at which the governor authorized the forcible confiscation of illegal arms.

One government official, speaking on condition of anonymity, pointed out that “none of these people would have been killed had the extremists obeyed the law and turned over their weapons voluntarily.” Government troops initially succeeded in confiscating a large supply of outlawed weapons and ammunition. However, troops attempting to seize arms and ammunition in Lexington met with resistance from heavily-armed extremists who had been tipped off regarding the government’s plans. During a tense standoff in Lexington’s town park, National Guard Colonel Francis Smith, commander of the government operation, ordered the armed group to surrender and return to their homes. The impasse was broken by a single shot, which was reportedly fired by one of the right-wing extremists. Eight civilians were killed in the ensuing exchange. Ironically, the local citizenry blamed government forces rather than the extremists for the civilian deaths. Before order could be restored, armed citizens from surrounding areas had descended upon the guard units.

Colonel Smith, finding his forces over matched by the armed mob, ordered a retreat. Governor Gage has called upon citizens to support the state/national joint task force in its effort to restore law and order. The governor also demanded the surrender of those responsible for planning and leading the attack against the government troops. Samuel Adams, Paul Revere, and John Hancock, who have been identified as “ringleaders” of the extremist faction, remain at large.

. . . And this, people, is how the American Revolution began.

Let us not forget!!! 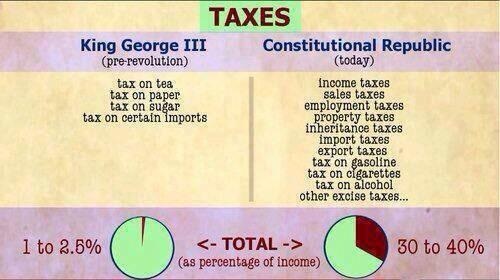 A few thoughts on Gun Control

Chicago has the toughest gun laws in Country. This year 446 school age children have been shot and 62 killed in Chicago!

Weird how Dems weren’t calling for gun control when Islamist went on a rampage at Ft. Hood

The following is excerpted from http://www.nationalreview.com/corner/335987/gun-owners-segregationists-and-jim-sleeper-charles-c-w-cooke by Charles C.W. Cooke:

Anybody who bothers to look up 1857′s Dred Scott v. Sandford decision will notice right away the court’s awful observation that if slaves were permitted to enjoy full citizenship rights, then they would — shock horror! — enjoy the right

“to keep and carry arms wherever they went.”

This, the court thought, would be disastrous.

The fear of blacks with guns is not, of course, new. The very first gun-control measures in American history were designed to keep arms out of the hands of blacks and Indians:

The Massachusetts and Plymouth colonies both prohibited the sale of guns to Indians in the early seventeenth century, and the “Black Codes” of the mid-eighteenth century required French colonists in Louisiana to disarm and beat “any black carrying any potential weapon.”

Many pre-Civil War state constitutions went further, reserving the right to bear arms … to “freemen,” which, naturally, meant whites. After their damnable cause was lost, the KKK picked up and ran with disarmament as a way of keeping blacks down.

As Adam Winkler has observed, “gun control” was “at the very top of its agenda.” The Democratic party’s “Black Codes,” which barred former slaves from owning guns in the (segregated) post-bellum South, were passed for the same purpose.

“deprive any citizen of the United States of any arms or weapons he may have in his house or possession for the defense of his person, family, or property,”

for that was exactly what segregationists set out to do.

Robert Franklin Williams’s classic work, Negroes with Guns, tells a tale of the KKK’s systematic attempt to disarm black Americans — and of the National Rifle Association’s work in forming a counter-group called the “Black Armed Guard” — as late as the as the 1950s.

As Williams points out, it was guns in the hands of his family that saved their lives and allowed them — literally — to fight the KKK and their allies. 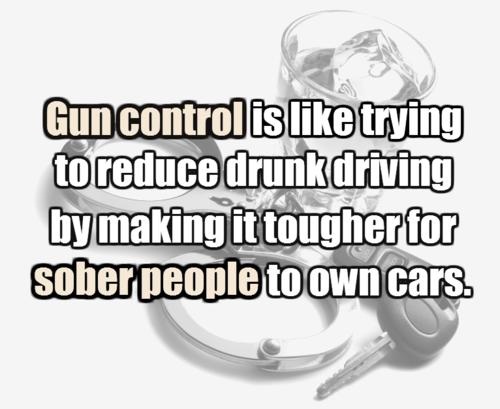 “This man’s actions were illegal: trespassing, attempted rape, peeping, drug use and breaking and entering. There are laws against all of those actions and yet, imagine that, it didn’t stop him. The only thing that finally stopped this man was an armed citizen exercising their legal right to own a firearm.”

Read the rest of this woman’s compelling true story @

Aurora: My thoughts on this tragedy and calls for gun control By the Blonde Momshell – July 24, 2012

If this doesn’t convince you to leave the 2d Amendment alone, rent Larry Elder’s documentary, “Michael & Me”, which turned my position on gun control 180 degrees in the space of 90 minutes.

“In this provocative documentary, libertarian talk-radio personality and author Larry Elder takes controversial film director Michael Moore to task and deconstructs his anti-gun film Bowling for Columbine. Elder’s debut effort borrows freely from the opinionated Moore — including an animated segment in which Elder interviews a visibly uptight Moore — to defend the Second Amendment and the rights of Americans to own and use firearms.”

If you think I was exaggerating 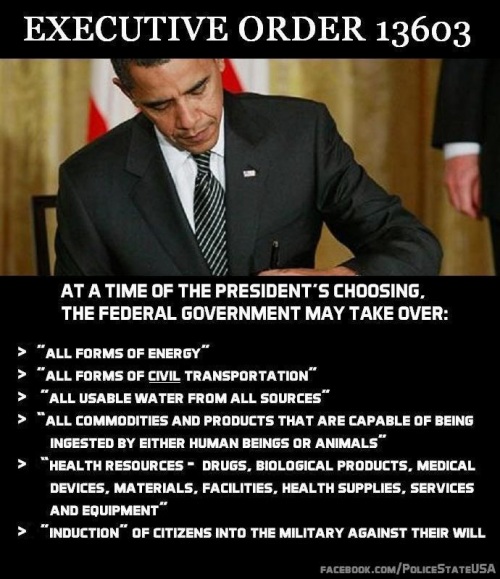 Brilliant MUST SEE Video About Conservativism!

This video was not paid for by anyone. It was made by a citizen with a computer and the courage of his convictions.

If the folks you talk to are still thinking Democrats care more about the poor, show them this video and ask one simple question:

“If the government goes bankrupt, how will the people who depend on government checks survive?”

Under GOD, we are all equal

Under Obama, not so much. This cartoon is from before the HHS mandate. You can add mandatory insurance coverage for birth control and abortifacient drugs to that one of the right. 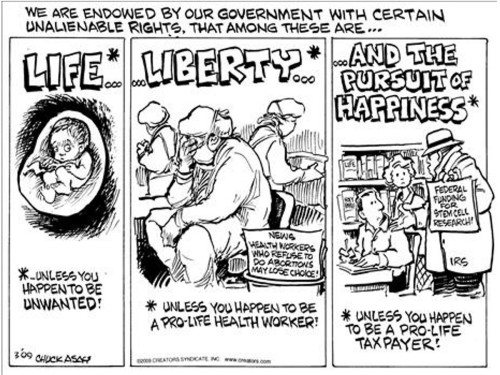 Comments Off on Under GOD, we are all equal