MSM: In the tank for the Left … as usual

Do you remember the three days of negative press coverage, including sexist suggestions, that Rand Paul got just for pushing back on one reporter’s questions about abortion?

Did you hear about the guy who worked for the Clinton Foundation for five years then joined Egypt’s jihadist Muslim Brotherhood?

He and 35 of his cronies just received life sentences. Another dozen or so have been sentenced to death. 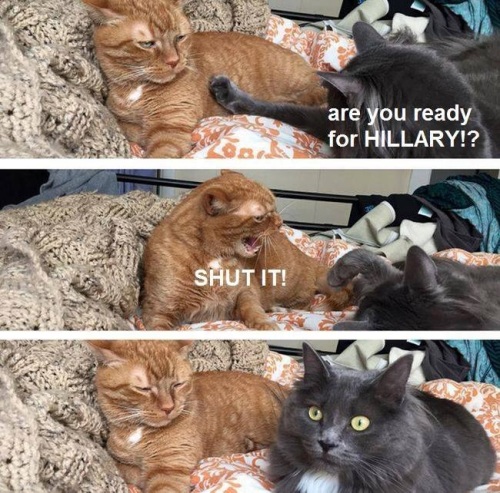 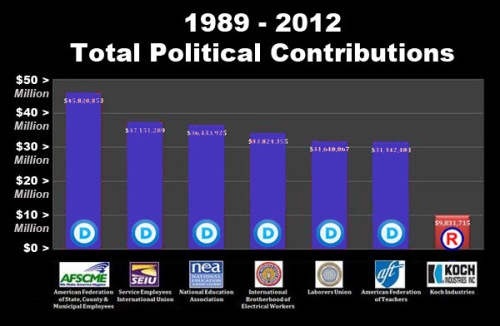 Democrats have been sending out increasingly frantic fundraising emails and tweets featuring messages like, “KOCH BROTHERS!”, “STAGGERING setback”, and “WE CAN’T STOP THEM.”

On May 23rd, they sent an email with the subject line “HORRIFYING” that said, “If we don’t hit our $90,000 goal today, then consider all hope of winning a Democratic majority in November lost.” 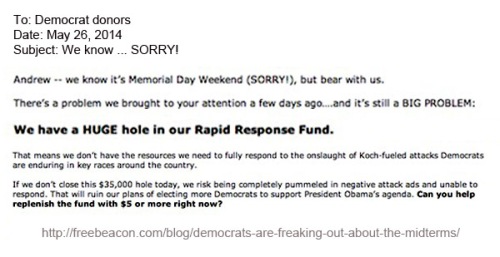 The next day, there was another email warning that Democratic chances to retake the House will be “OBLITERATED” unless you donate some money right now. A follow up sent hours later was even more dire. 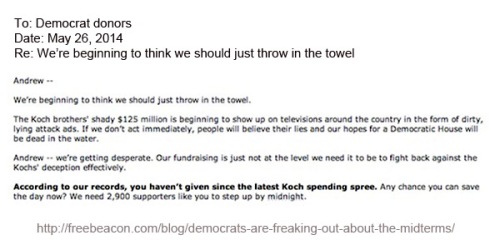 From Twitchy: From “Hope and Change ” to ” All Hope is Lost ” in six years.

Comments Off on Schadenfreude!

Then there’s Senator Harry Reid (D-NV) who tweeted that politicians should wear the names of their donors on their jackets but who has also accepted money from the Koch brothers.

Reid accused the Koch brothers of being “against everything that’s good for America.”  So, you know, not at ALL like the wealthy but liberal brothers, Tom and Jim Steyer, who have pledged to spend at least $100 million backing Democrats who support aggressive government action to address the “scientific” theory known as “climate change.”

Comments Off on Democrat HYPOCRITES

And again with the HYPOCRISY

Obamacrats constantly tell us how they are the SMART and CARING people. Yeah, right. 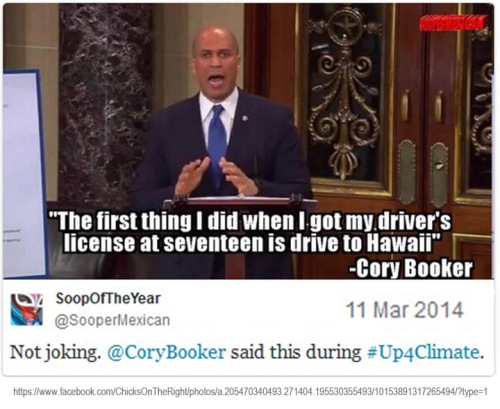 Factivism: The latest incarnation of the Obamacrats’ Tattle Team

A Brief History of Tattle Team-age

2013: Team Obamacrat created a website for The Organizing for Action Truth Team, where Obamacrat Pod Sheeple could report Republican Lies.

But hey … Good News! Fracktivists is TOTES different from all those previous efforts. It not only has its own website; it’s got a Twitter hashtag! Aaaaannd there is a REAL YouTube video with a REAL Democrat Leader explaining how fab it would be if you joined up with other truth-telling, grassrootsy Democrats to fight the evil lying liars in the GOP.

Because nothing says, “We’re the Party of Truth Tellers” like having your leader win the 2013 Liar of the Year award from a Left-wing publication that five years earlier rated that exact same statement a Really True Fact, no less.

Here are my faves from Twitchy’s report: 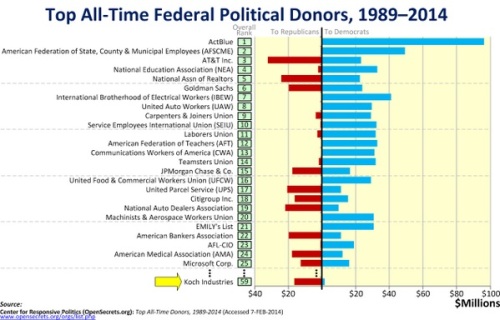 Check out what the DEMOCRAT Senate Majority Leader Harry Reid said from the floor of the United States Senate.

Riiiiiiiiiiiiiiiiiiiiiiight. And the more than 5 million Americans who have had insurance policies they liked canceled? They’re all lying liars in a giant, right-wing conspiracy? Pull the other one, Harry.

Reid: “Ack! The Koch Brothers are trying to buy America!”

Riiiiiiiiiiiiiiiiiiiiiiight. Time Warner donated MORE TO DEMOCRATS than the KOCH BROTHERS donated to Republicans. And both of their donations were teensy weensy tater tots compared to the HUNDREDS OF MILLIONS that billionaires, big unions and corporations have shoveled into Democrat coffers.

Obamacrats are absolutely shameless. Five years ago, one of them pimped an equally evil lie from the floor of the House of Representatives.

Those of us who are not brain dead Obamacrats know that the Republican plans were about addressing specific problems in the health insurance market that drive costs up. E.g., States (like New York) that forbid residents to buy health insurance anywhere else.

In New York, Blue Cross has a monopoly; you know what happens when one business controls a commodity, right? It should tell you something about how UNaffordable health insurance has been in New York State that we are one of the few places where ObamaCare prices are similar or a little less.

Dearest couldn’t afford health insurance before ObamaCare; we STILL can’t afford it, but now the government is going to FINE us for not having it. Thanks, Democrats. That was a Big Help. NOT.

Here’s a sampling of Tweets and Twitchy comments in response to Reid’s outrageous claim:

Tweeters also sent around links to some of these allegedly untrue horror stories.

We’re supposed to believe the KOCH BROTHERS are behind ALL THIS when they can’t even engineer a majority in the Senate?! Bwahahahahahahaha!

Update: Reid walked back on his statement. And by that I mean he shifted his lying feet about 1 centimeter, from all the horror stories are lies to the vast, vast majority of the ones the Koch Brothers finance are lies.

Puh-leeze. This is the same man who once swore that he had it on good authority that Mitt Romney had not paid his taxes in years. That was a big fat lie as well … not that the Democrat Media Machine cared.

Comments Off on Senator Reid is a big fat liar

Lefties rant and spew about how the eeeeeevil Koch brothers allegedly buy elections for Republicans and MUST BE STOPPED.

One might suppose from the fact that Democrats have dominated the federal political scene since January 2007 that the Koch brothers are rather ineffective morons. But that’s neither here nor there, since Open Secrets has compiled a list of actual Big Bucks Donors.

Facts can be so messy. This is no doubt why the Left avoids them as much as possible. 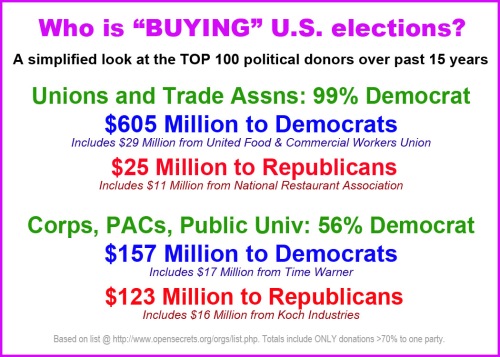 Full list of donors @ http://www.opensecrets.org/orgs/list.php. N.b., All donors listed at Open Secrets are linked to pages that describe the nature of the group. I compiled a simplified version of the Open Secrets list using this methodology:

The breakdown I made of the TOP 100 DONOR TOTALS for the past 15 years that I used in my graphic:

$605 Million donated to Democrats by UNIONS and TRADE ASSOCIATIONS that gave 70% or more of total donations to ONE party.

$157 Million donated to Democrats by CORPORATIONS, PACS and one PUBLIC UNIVERSITY that gave 70% or more of total donations to ONE party.

$25 Million donated to Republicans by UNIONS and TRADE ASSOCIATIONS that gave 70% or more of total donations to ONE party.

$123 Million donated to Republicans by CORPORATIONS and PACs that gave 70% or more of total donations to ONE party.

Comments Off on The false Koch meme

What is Netroots Nation and why should I care?

Why should anyone care? Only because it’s a snark-tastic opportunity to scoff at the enemy. And you know how important Saul Alinsky said THAT is. So here I go playing a fun, if immature game of nyah nyah!

Netroots Nation was originally organized by Daily Kos, a progressive blog financed in part by billionaire George Soros. So naturally, they featured a mockumentary about how totally UnAmerican Awful it is that the billionaire Koch Brothers help finance conservative political causes. 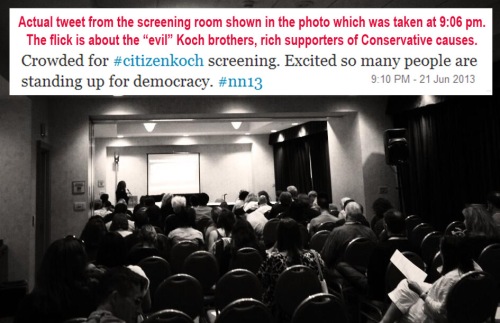 There’s lots more, but you get the idea.

Comments Off on What is Netroots Nation and why should I care?