Trump Has Shown the Way

Trump Has Freed the Republican Party from the Media

Trump is not media made. He is self-made. The legacy news cannot disconnect the bond between Trump and his base. It has become evident that a candidate that blows off attacks and does the opposite of Republican tradition can succeed. The left does not understand how to deal with this. They have never received pushback.

Trump has beaten the self-proclaimed geniuses at major news networks for over two years. The irony is the left claims he is mentally ill. That must be embarrassing being controlled by someone who has “mental issues.”

Comments Off on Trump Has Shown the Way

In Case You Missed It

In an interview with Lesley Stahl for CBS’ “60 Minutes,” President Trump had one heck of a blunt response for Stahl when she attempted to sidetrack his effort to delineate how dishonest the mainstream media is. Stahl wanted to change the subject but Trump would not be dissuaded, nailing it down by stating, “In the meantime, I’m president and you’re not.”

Trump also stated, “I never knew how dishonest the media was and I really mean it. I’m not saying that as a soundbite.“

Comments Off on In Case You Missed It

END_OF_DOCUMENT_TOKEN_TO_BE_REPLACED

An African American without a visceral hatred for the president. And a famous one, at that. The left are losing their collective minds that a few have escaped the plantation LBJ coaxed them onto in 1964.

Kanye Meets With Trump In White House, Criticizes Democratic Approach On Many Issues

Media called him a “token negro” yesterday for meeting with Trump. Today they’re really going after him.

That Could Hurt Her Feelings

If she had any.

Trump Responds to Clinton’s Criticism of Kavanaugh Event: ‘I Guess That’s Why She Lost. She Doesn’t Get It, She Never Did’

“What was done last night in the White House was a political rally. It further undermined the image and integrity of the court,” Clinton said. “And that troubles me greatly. It saddens me because our judicial system has been viewed as one of the main pillars of our constitutional government.”

Comments Off on That Could Hurt Her Feelings

“You Don’t Hand Matches to An Arsonist, Don’t Give Power To a Left-Wing Mob”
President Trump started off his MAGA rally in Kansas on Saturday by praising Republicans and railing against the “radical” Democrats who he said have turned into an “angry mob.”

Comments Off on Presidential Advice

President Trump is the best, indeed the ONLY one who can make a difference for Republicans in tight races.
He held a rally for Republican senatorial candidate Marsha Blackburn in Tennessee. There was an overflow crowd of thousands wanting to get in to see him. I have posted a number of short videos in the reply section where he hits Pelosi and Blumenthal and calls her opponent a tool of Chuck U. Schumer.
END_OF_DOCUMENT_TOKEN_TO_BE_REPLACED

The Media Will Never Report This

Critics claimed he’d never do it.

The United States reached a trade deal with Mexico and Canada late Sunday night, providing Trump a crucial win as he has long promised to renegotiate the pact. END_OF_DOCUMENT_TOKEN_TO_BE_REPLACED

Comments Off on The Media Will Never Report This 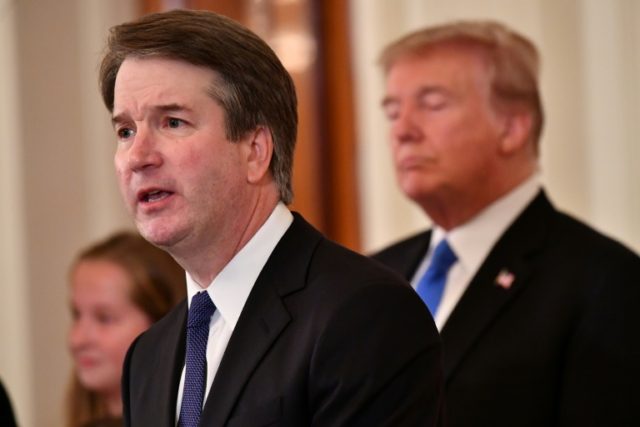 “They know it’s a big, fat con job,” he told reporters. “And they go into a room, and I guarantee you, they laugh like hell at what they pulled off on you and on the public.”

Don’t Buy Anything on Time, Jeff

After the midterms he’s as good as gone.

“He gets in and probably because of the experience that he had going through the nominating when somebody asked him the first question about Hillary Clinton or something he said ‘I recuse myself, I recuse myself,’” Trump said. END_OF_DOCUMENT_TOKEN_TO_BE_REPLACED

Comments Off on Don’t Buy Anything on Time, Jeff