Too smart to be stupid 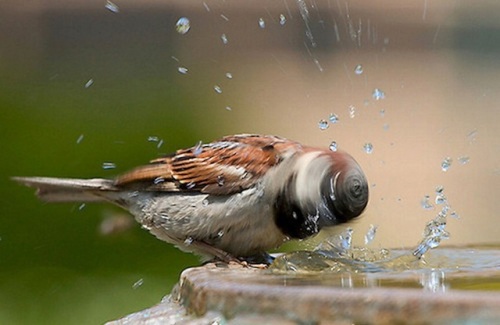 The standard talking point among Darwin advocates WAS that no genuine scientist opposes the theory of evolution. BUT, so many genuine scientists have now jumped off the Darwin wagon, the faithful have had to find a new meme.

It’s “only some molecular biologists” who have fallen off the wagon, but really, it’s okay! Because, clearly they just are not able to appreciate the “superior truth” of evolution because they’re so steeped in the study of the inner workings of life at its most basic levels.

Shorter Meme: The fallen have lost their faith in Darwin because they got too smart about biology.

Atheist’s new book is a bombshell

Nagel is an atheist who is not convinced by the positive case for intelligent design. But he clearly finds the evidence for modern Darwinian theory wanting. Moreover, he is keenly appreciative of the “iconoclasts” of the intelligent design movement for raising a significant challenge to the current scientific orthodoxy.

The Science of God by Gerald L. Schroeder

Schroeder is both a physicist and a devout Jew. I got this book out of the library after reading his first book, Genesis and the Big Bang, which was fascinating in its explanation of how the 6 days of Creation in Genesis and the 16 billion (ish) years of time since the Big Bang are the same.

I was first introduced to this concept watching The Genesis Code, where the concepts are explained simply with helpful props like teddy bears, football players and sci fi movies. If you are at all interested in learning how the ancient biblical text describes the Big Bang and the correct order of Creation in a way that is totally consistent with modern scientific findings, I suggest you start with the movie, then, if you care to read more deeply, get the book.

There are just a few points I want to pluck out of this latest read to share with all y’all.

First, on page 38, Schroder notes that Stephen Jay Gould, one of the leading lights in the “We don’t need no stinkin’ God” neo-Darwinist camp, several times quotes the closing lines of Darwin’s Origin of Species thus:

“There is grandeur in this view of life. … Whilst this planet has gone cycling on according to the fixed law of gravity, from so simple a beginning endless forms most beautiful and most wonderful have been, and are being, evolved.”

Schroeder then points out that in all six editions editions of Origin of Species that appeared during Darwin’s lifetime, that passage actually reads:

“There is grandeur in this view of life, with its several powers, having been originally breathed by the Creator into a few forms or into one; and that, whilst this planet has gone cycling on according to the fixed law of gravity, from so simple a beginning endless forms most beautiful and most wonderful have been, and are being, evolved.”

Second, on page 193, Schroeder answers a question that is often put to him. “If the Bible is true, why doesn’t it teach about dinosaurs?” His answers is … “But it does.”

In Genesis 1:21 we are told that on day five God created the basis for all animal life. Among the categories of animals listed is one named taninim gedolim. Gedolin means big. The singular of taninim is taneen, which appears elsewhere in the Bible and its meaning is known to be reptile. So Genesis 1:21 translates, “And God created the big reptiles.”

Third, on page 205-206: “Perhaps the most recalcitrant of problems in finding accord between Bible and science is the Flood at the time of Noah (Gen. 6-8), approximately 4,100 years ago. … Though flood stories are common to many ancient cultures, lines of native American civilizations show no break at the time of the biblical Flood.”

I’ve always figured the flood was huge, but not global. We’re not talking about a culture that had satellite photos and supersonic air travel. “The whole world” for primitive people was limited to the part of it that they knew. But I’m no Bible scholar, so I also always figured I could be wrong.

Schroeder says I’m not. Two words are used for “world” or “earth” in the Flood account, aretz and adamah. Both words can mean either local environs or the entire planet. For example, Gen. 4:14 says Cain was banished from the face of the adamah. But we know he didn’t go to sea or leave the planet. He was banished from the part of the world that he knew and where he was known.

I did not make these. There are lots more @ http://liberallogic101.com/

Comments Off on Liberal Logic 101

Seeking the limits of Darwinism

The new one, The Edge of Evolution: The Search for the Limits of Darwinism (2007) is fascinating me. I don’t usually read non-fiction at bed time, because I’m too tired. But Behe has such a charming style (especially for a scientist LOL) that I am glued to the pages. 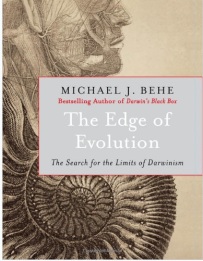 He cooks up these everyday examples, which he describes very vividly, then uses them to illustrate what the science is about. He has the hard science stuff for those who want it, but he marks it off for the people like me who prefer to (okay, need to! LOL) skip it.

His subjects in this book are:

clarifying the definition of Darwinism, particularly by separating “natural selection by random mutation” from “common descent” which are very different issues;

clarifying the definition of Intelligent Design (and IMHO bending over backwards to NOT offend the legions of English speaking reading who imbibed “Darwin is true” with their mother’s milk); and

using really recent scientific breakthroughs in genetics to try to find the limits of where Darwin was right and where he was wrong. 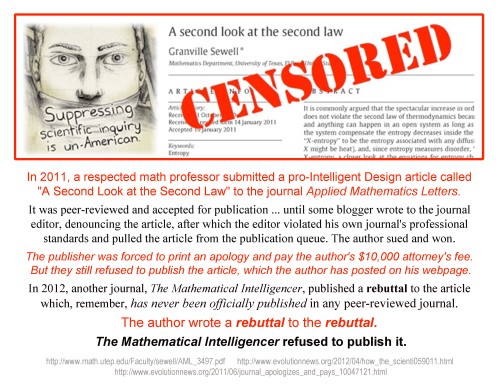 Darwinism is the politically correct science and, as with other areas where the Left has staked its claim to truth, anyone who has a different opinion is branded a heretic and punished to the fullest extent possible by the Orthodox Faithful.

Ben Stein covers this subject in his excellent documentary, Expelled: No Intelligence Allowed.

The entire movie is available free at YouTube @ http://www.youtube.com/watch?v=obqWnzAcWWA

(I’m not going to embed it, as I believe this would greatly slow how this page loads. If you go to the URL, I suggest you skip the worthless comment section underneath. Yuck.)

Netflix also has it.