Just a lazy Saturday. Got to WalMart early to fight the food stamp crowd. Finding a handicap parking space is nearly impossible, as are electric carts… at 9:00 AM. A few hits, a few near misses, and back home again.

Despite all the chaos and firings in the Trump administration, President Trump is delivering for middle class voters. Americans don’t care about Sean Spicer, Reince Priebus or Anthony Scaramucci. They care about jobs, rising incomes, and their retirement accounts.
https://townhall.com/columnists/wayneallynroot/2017/08/04/heres-the-democrat-plan-to-destroy-president-trump-n2364042

Donald Trump isn’t a politician — he’s a one-man wrecking ball against our dysfunctional and corrupt establishment. We’re about to see the deluxe version of the left’s favorite theme: Vote for us or we’ll call you stupid. It’s the working class against the smirking class.
They want to marginalize you – to make you feel as though you are in the minority.
So they insult you, demean you, dismiss you – all in hopes that you simply stay home and stay quiet.
But Donald Trump changed all that. He began a movement. Or, as they saying goes, he awakened the sleeping giant.
And the insufferable Smirking Class despises him for it. This is why they want to get rid of him.
http://patriotretort.com/theres-reason-sneering-condescension-smirking-class/

‘Everything The President Wants To Do, McMaster Opposes,’ Former NSC Officials Say

DANA LOESCH: ‘WE’RE COMING FOR YOU’
Commentators | S7 E1: “Taking on the Times”

Following Sessions remarks, Director of National Intelligence Dan Coats similarly expressed “grave concern” about the number of intelligence leaks, saying that they jeopardize the safety and security of Americans, as well as give foreign adversaries an advantage.
“We won’t tolerate it,” Coats said defiantly. “We will find you.”
He continued, “We will will prosecute you to the fullest extent of the law, and you will nto be happy with the result.”
https://www.circa.com/story/2017/08/04/top-trump-officials-talk-intelligence-leaks-in-briefing

NOW THAT HE’S DYING WHY DOESN’T THE TEACHEROUS PRICK JUST ADMIT HE’S BEEN A DEMOCRAT ALL ALONG?
McCain, before leaving Washington to get cancer treatments in Arizona, reportedly spoke to Senate Minority Leader Chuck Schumer (D-NY) about joining forces again to pass the “Gang of Eight” bill. After joining Sens. Susan Collins (R-ME) and Lisa Murkowski (R-AK) to defeat the GOP’s “skinny repeal” of Obamacare, McCain, who has always wanted to be known as a straight-talking independent, was lionized by Democrats and the legacy media, with CNN paying homage to his “maverick moment.”
http://www.breitbart.com/big-government/2017/08/03/mccain-wants-congress-to-pass-gang-of-eight-amnest-bill/

On Friday, Neil Cavuto ripped Newsweek for their latest cover depicting President Trump as a ‘lazy boy’, calling it “over the top.”
“I wouldn’t say representative all of mainstream media, this is a bit extreme- but this is an opinion piece that just bashes the president,” he began, “and six months into his presidency, seems to take the conclusion he’s a total disaster with little chance of turning things around.”

THESE PUKES HAVE THE UNMITIGATED GALL TO CALL TRUMP “LAZY” AFTER SUFFERING EIGHT YEARS OF THE VACATIONER-IN-CHIEF. HE’S STILL GOOFING OFF ON OTHER PEOPLES’ PROPERTY
Michelle Obama wishes Barack a happy 56th birthday as the family prepares to jet back to Martha’s Vineyard this weekend 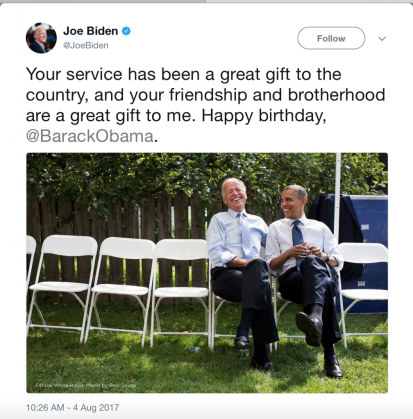 Former first lady Michelle Obama wished her husband a happy 56th birthday on Friday
This weekend, the Obamas plan to fly to Martha’s Vineyard for their annual summer vacation
Meanwhile, President Trump jets to Bedminster, New Jersey on Friday for a 17-day break at his golf club 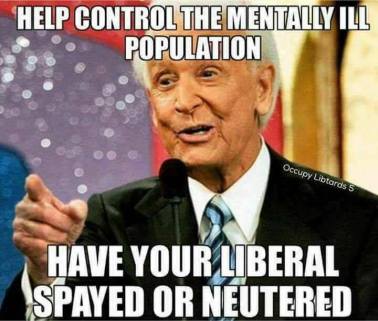 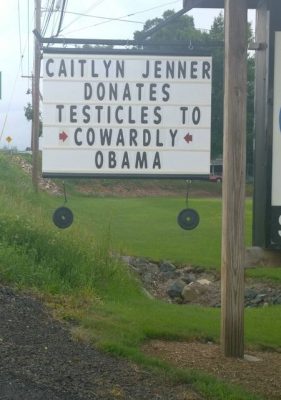 The newest member of the “fake minority” hit parade is Shaun King, who got an Oprah scholarship, which is only given to black men, and has been running Black Lives Matter, again while falsely claiming to be black.

Now that he’s been outed, Shaun is claiming he is the victim of a “white supremacist conspiracy.” He tells a story about a bunch of redneck bullies beating on him in high school.  He claims the attack was both vicious and racially motivated.

“A group of guys in the school beat me within a few inches of my life. I missed the next 18 months of school recovering from three spinal surgeries and fractures to my face and ribs. I won’t even try here to explain the depths and extent of my physical and emotional pain, but it was brutal. I got some counseling for PTSD, learned the hard way that spinal surgeries leave a lasting impact, and finally found myself back on my feet.”

The police report says King suffered only minor injuries.  Given the soft, brown curls in the lower left photo and the nice pink skin tone showing in the lower right, I have to conclude Shaun King is a lying liar.  In my experience, people who lie a lot tend to be the same kind of weird kids that bully packs target.  I knew a boy once who swore to me he had spent his summer driving a tractor trailer in Brazil; we were in 8th grade.  He didn’t get bullied, because he was so darn big.  But he didn’t have friends either.

Hmmm … I wonder what these champions of “whites who steal minority scholarships” would say if the “work” they were doing was for the GOP or, gasp, the Tea Party.

Oh wait. No, I don’t wonder. I already know.

The baby’s heart was beating as they harvested his brain.

August 19, 2015: CMP has released its 7th undercover “Baby Parts R Us” video. In this video, Holly O’Donnell, a former baby parts harvester, describes cutting through the face of a fully intact baby whose heart was still beating, so she could harvest his brain for Planned Parenthood to sell to StemExpress. 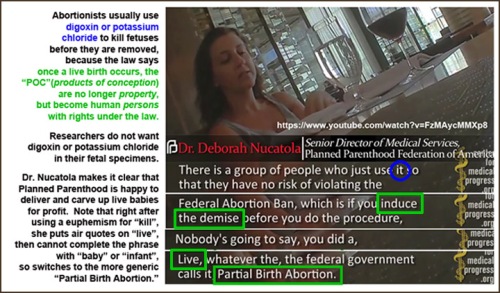 Aug 4, 2015: Dana Loesch interviews David Daleiden after 5th CMP video release [4:16]
“They’re the one doing the heavy and selective editing of reality. … The full transcripts … as well as the full videos are always made available.”

Comments Off on The baby’s heart was beating as they harvested his brain. 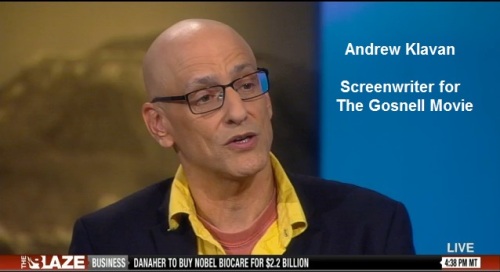 Sorry if this gets boring, but these people are such hypocrites, they need to be exposed as often as possible.  Remember when they raked Rush over the coals for saying a certain “taxpayers should pay for my birth control” someone was a slut?  Check out what THEY called Dana Loesch for her support of 2d Amendment rights. WARNING: Offensive language galore. 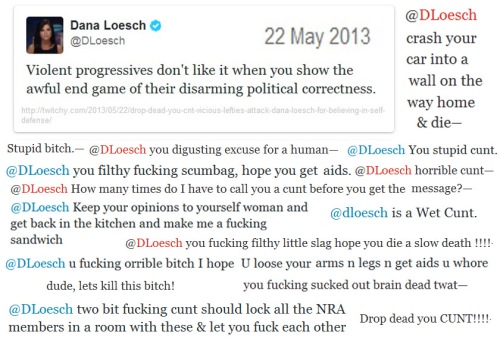 Comments Off on Left-wing civility on parade AGAIN