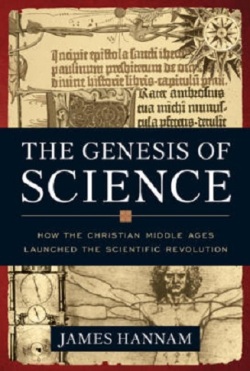 I am now on my third reading of a fascinating book, “The Genesis of Science”, by James Hannam.

Hannam shows how the emergence of what we call “science” did not spring from the foreheads of a few Renaissance geniuses who managed to somehow overcome to oppressive Catholicism of the Middle Ages.

Rather, those geniuses built on the steady progression of developments by brilliant thinkers during the Middle Ages who had been educated at Catholic monasteries and universities. END_OF_DOCUMENT_TOKEN_TO_BE_REPLACED

I am reading my way through this series and enjoying it very much. They’re medical murder mysteries with some G-rated romance and a touch of Christianity by Richard L. Mabry, M.D.

Comments Off on Book Recommendations

Reading Is Good for Your Brain

Scientific studies have found that reading is good for you.

Reading fiction helps you be more open-minded. The same brain regions are activated when you experience something in real life as when you get into the heads of characters and imagine walking in their shoes.

Reading protects against cognitive decline. “Use it or lose it” applies to your thinking ability. Reading is exercise for your brain. END_OF_DOCUMENT_TOKEN_TO_BE_REPLACED

Comments Off on Reading Is Good for Your Brain 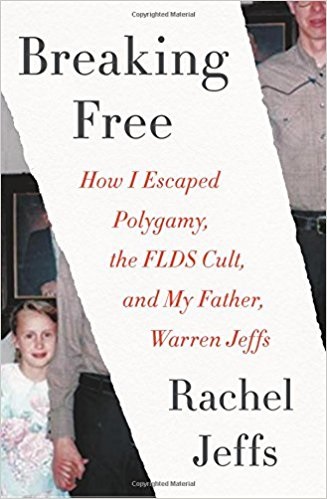 I read this last night in one sitting … couldn’t put it down. Today is an especially appropriate day to feature this book, because it was the power of the author’s motherly love that ultimately gave her the courage to escape.

The inside story of the FLDS cult is interesting in itself and I particularly like how the author has sought always to do God’s will and find meaning and strength in all her experiences. But the story also has left me pondering how much of her cult experiences mirror the left-wing cult-ure in our country today.

Comments Off on Breaking Free

Not the good kind of tissue alert

February 8, 2018 (LifeSiteNews) – The daughter of famed science fiction author Marion Zimmer Bradley has written an autobiographical account revealing the horrors of growing up in a home raised by LGBT parents who repeatedly sexually abused her and her brothers.

The Last Closet has been an Amazon bestseller for weeks as a Kindle e-book, and is scheduled to be published as a print book this month. Over one hundred readers have reviewed it, and virtually all have given it five stars.

The book recounts Greyland’s life with her mother, who was the author of The Mists of Avalon and many other famous works of science fiction and fantasy, and her father, Walter Breen, who was a world-renowned authority on numismatics. Both identified as “gay,” both abused drugs and were involved in occult practices, and both were pedophiles, Greyland says, a claim that has been confirmed by her only surviving brother. …

The trauma suffered by Moira and Patrick was so great that both of them chose a new last name, “Greyland,” to repudiate their parents’ last names. The abuse was not only sexual, but also physical and psychological, and was so savage that both siblings continue to suffer from powerful symptoms of post-traumatic stress disorder.

Greyland says she has spoken to many others who were raised by LGBT parents and their stories are very similar to her own.

“Every single child of gay parents with whom I spoke had certain things in common,” she writes in The Last Closet. “Those with only same-sex parents in the home ached for their missing parent and longed for a real father, and nearly all of us had been sexualized far too young.”

Read the rest (if you’ve got the stomach for it) @

Comments Off on Not the good kind of tissue alert

Long-time PoliNation reader and budding SciFi author, Christine Chase, is about to be published for the first time! I’m so proud, I could just bust!

This was the moment we came together to elect Donald Trump to President of the United States of America.

MAGA 2020 & Beyond tell the tales of a prosperous future where evil is defeated, the border wall is built, society has righted itself, space exploration is common and world peace has been attained. These aren’t just fantastical stories of a far fetched future, they are stories of a future that can be obtained.

It is easier to smash than to build 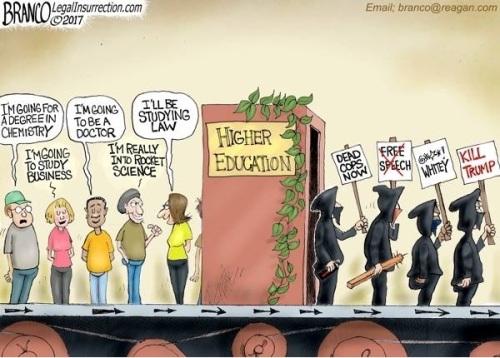 I just finished reading Trial Run by Dick Francis. Written in 1978, it was largely set in Moscow, which I visited in 1972. I was there in early spring, the protagonist in late autumn, so the weather was somewhat different. But I found a lot of it felt the same as what I remember … a grim, gray city filled with unfriendly, unhappy people. Like the protagonist, I was giddy at returning to my home where, with all its faults, I could go where I chose, speak my mind freely, and smile at people.

These paragraphs from the very end of the book speak to me from across the decades. Terrorism was new back then. It isn’t now. Yet Francis captured its spirit so accurately.

“I looked across for the last time at the naked hate-filled faces of international terrorism, and thought about alienation and the destructive steps which led there.

“The intensifying to anger of the national scorn of youth for the mess their elders had made of the world. The desire to punish violently the objects of scorn. The death of love for parents. The permanent sneer for all forms of authority. The frustration of not being able to scourge the despised majority. And after that, the deeper, malignant distortions. . . . The self-delusion that one’s feelings of inadequacy were the fault of society, and that it was necessary to destroy society in order to feel adequate. The infliction of pain and fear, to feed the hungry ego. The total surrender of reason to raw emotion, in the illusion of being moved by a sort of divine rage. The choice of an unattainable end, so that the violent means could go on and on. The addictive orgasm of the act of laying waste.”

“‘What are you thinking?’ the Major General said.

“‘That they are self-indulgent.’ I turned away from them with a sense of release. ‘It is easier to smash than to build.'” 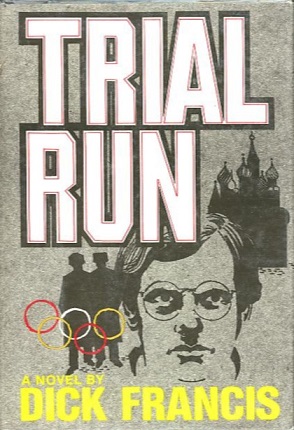 Comments Off on It is easier to smash than to build

The only book about Hillary Clinton that I want to read is “What REALLY Happened in Benghazi.”

Her last book bombed and she’s been whining the same garbage for months to anyone who will listen. If Simon & Schuster takes a bath on “What Happened”, they will totally deserve it.

Book Description: In recent years, the conflict between his faith and the policies of his party has grown so marked that author Carlin, a cradle Catholic, lifetime Democrat, and longtime Democratic legislator, now feels compelled to consider in his new book whether, in good conscience, it’s even possible to be both a faithful Catholic and a Democratic true believer.

Excerpts from an opinion piece by Salena Zito, a columnist for the Washington Examiner:

In states like Michigan, Ohio, Pennsylvania, and all through the Midwest, the Catholic vote is a very important voting bloc no matter what you are running for. The last thing Democrats should be doing is to purposefully stiff-arm people we are going to need to win.

But that’s what they’re doing.

Last week during a confirmation hearing for Amy Coney Barrett, a nominee for the 7th Circuit Court of Appeals, Dianne Feinstein, the Democratic U.S. senator from California, attacked Barrett for her Roman Catholic faith.

The face of the Democratic Party has increasingly become the face of celebrity, scold, and entitlement. The people they used to attract to their “stand for the working class” creed have faded from their reach; they have lost touch with their needs and values and they certainly have lost touch with any type of meaningful message.

They do not celebrate hard work, they demand supporters are pro-abortion, expect them to be agnostic and also expect them to stand for their multitude of identity politics. Instead of bringing people together and being part of a greater political party, division is the only way forward.

A nationwide exit polling data shows Trump won Catholics by 52 percent to 45 percent over Hillary Clinton. A huge swing from the past two elections for Barack Obama when Catholics voted for him by margins of 9 points in 2008 and 2 points in 2012.

The Russians Didn’t Do It

Comments Off on The Russians Didn’t Do It