I just wanted to say a few (of my own) words about how much “sincerest forms of flattery” I post here.

I know the quotation marks thing is very slipshod scholarship that would get me thrown out of academia, but I’m not writing scholarship so much as I am simplifying and sharing good stuff I find in what I read on the ‘net or at home in actual books.

I think of my posts as being the online version of what I’d share with someone I was chatting with in person or on the phone. Since I find that quotation marks make a piece a lot harder for busy readers to scan, I don’t use them much.

Scan: To skim quickly to catch the main idea and to decide if you want to engage your mind more fully and read more carefully. My graphics, indents, boxes, colors and boldings are all designed to make scanning easier for y’all.

If any of this bothers you, feel free to scroll past whatever I post. If you are the author of anything I crib and it bothers you, let me know; I’ll either take the post down or else rewrite it to include quotation marks and/or use my own words.

This is a shameless plug. We don’t get awards based on potential like Obama did.

If you are kind enough to click on the link below to vote, please don’t forget Bluebird of Bitterness. She really deserves it since she is raising her grandcats. (You can vote for as many as you like in one visit, but you won’t be allowed a second visit, so look at the whole list carefully before voting.) 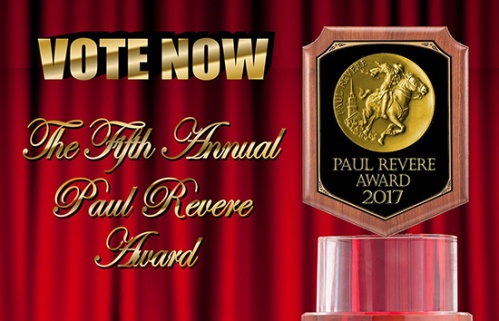 The number of small conservative blogs nominated since the inaugural award presentation in 2013 has tripled. We here at Political Clown Parade are indebted to everyone who took the time to submit the names of blogs who are the modern-day offspring of the American Revolution’s pamphleteers—the brave and resolute men and women who feed our soul, who make us laugh about ourselves or life and restore our buoyancy in a troubled world.

Below you will find our poll. You may cast your vote for multiple blogs but you will only be allowed to vote once. We run a square house here. Make sure you vote for all the blogs you consider your favorites.

The winners will be presented with a personalized award in the form of a badge which can be displayed on their website if they so choose.

THIS IS THE LINK:

A Personal Request from Pistol Pete

Yours truly was privileged to be afforded posting authority shortly after PoliNation came online back in February of 2011. My dear friend Ting gave me a heads up when it began. Many of the people involved have been blogging buddies of mine for many years. We don’t have advertising banners and we don’t ask anybody to donate for anything. What we do here daily is exercise our freedom of expression. Chrissy and Bluebird are far more gifted than I am, but we put a considerable amount of effort in order to keep you informed and entertained. There were far more people commenting in the beginning and some of the threads were epic. Nowadays most visitors just lurk for whatever reason. We love what we do and plan to keep doing it as long as the Lord will allow.

Curmudgeon, the owner of Political Clown Parade, hands out awards each year for the top small blogs. We have been honored with an award the last two years. There are 20 medals given out each year and we came in #20. Bluebird also got one for her own page. There are thousands of small sites that toil in anonimity, but it’s nice to get a little recognition. What I’d like you to do, if you can spare 30 seconds, is to go to PCP and cast a vote for our little effort here.

On June 1, we announced the Fifth Annual Paul Revere Award to honor conservative bloggers whose work was filled “with the breathings of their heart.” They are the good people who feed our soul—who make us laugh at ourselves or life—and restore our buoyancy in a troubled world. They champion freedom of expression while holding down jobs, raising their families and/or selflessly providing care for loved ones.
These often overlooked bloggers deserve to be recognized for their work. What greater honor is there than to be recognized by their peers and loyal readers?
We’ve gotten a pretty distinguished list already, but there must be more don’t you think? Nominations will be accepted through midnight, Saturday June 10. Voting will begin on Sunday, June 11 to determine this year’s winners.

Comments Off on A Personal Request from Pistol Pete

My how time flies! 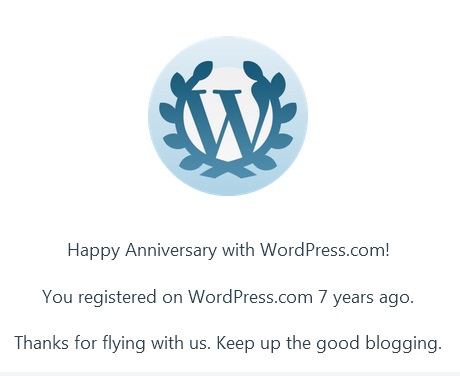 Comments Off on My how time flies!

That is totally her.

Last year we were honored by Curmudgeon at Political Clown Parade with the Paul Revere Award for excellence in a small political blog. We were so recognized, I believe, based on the strength of my bestest buddy Chrissy’s special talents. She has been struggling with health issues and my limited skills are a poor substitute. Bluebird and Grunt add some semblance of professionalism, but they have busy lives that limit their time here. I do the best I can to bring things that may be of interest or have some redeeming social value. Sadly, it usually comes out as incoherent drivel.

We have been nominated for the award again this year and voting is now open at PCP. There is a list of nominees posted there and you can vote for as many as you like, but you can only vote once. After all, we’re not democrats. If you can spare a few minutes, maybe you can help out at political clown parade.blogspot.com. It is gratifying to be recognized by one’s peers, but the task seems dubious, at best. Your support would be appreciated.

Comments Off on A Personal Request

On the Water with Ting and the Captain

A few weekends ago, Pentecost weekend to be precise, Gruntessa and I had the pleasure of meeting up with PoliNation blogger Ting and her husband on their beautiful sailboat at a secret marina somewhere on the mid-Atlantic coast for a little R&R.

By early May, everyone was ready to enjoy a sunny day on the water.  This part of the Atlantic coast has seen more than its share of rain and cool temperatures this spring.  Climate change still has a long way to go, apparently, in these parts.  A Saturday with a forecast of 80 degrees and clear skies was something we just couldn’t pass up.

Thanks, Ting and Captain!  After an insanely difficult work quarter and a crazy run-up to the 2016 Presidential Conventions, it was wonderful to make way under wind power for an afternoon and enjoy some real freedom while catching up on families and solving the world’s political problems.  Bon voyage! 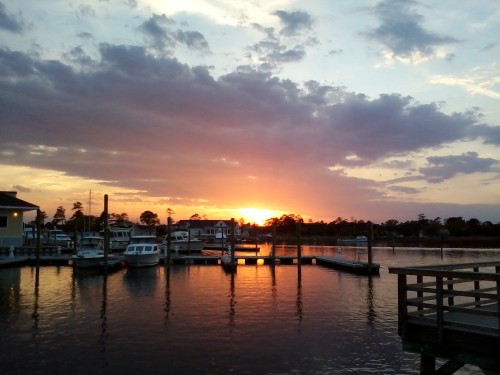 PoliNation Update: Chrissy Not Quite Out of the Woods Yet 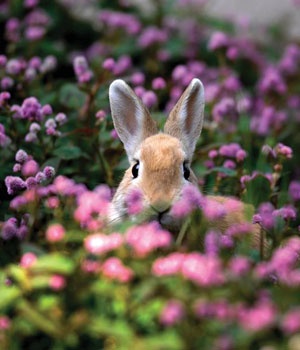 The master of Casa de Hyphen checked in yesterday and today to update us on Chrissy’s condition and pass along a message from her.  She’s still too weak to write, but she’s been making progress off and on over the last week or so.  Yesterday was a bit of a brief setback, but today was better.  As we menfolk talked about an hour ago, Chrissy was apparently sleeping peacefully.

However, there’s still a fair amount of pain and difficulty, and yesterday, Chrissy specifically asked her husband to call and ask us for additional prayers.  She also thanked us for the many prayers on her behalf lately, and she emphasized that they’ve been a great comfort to her.

I’ve been mostly praying privately, but today, Gruntessa was able to go to adoration at our parish in Foxfield, Colorado (snapshot below) and say a rosary before the Blessed Sacrament for Chrissy.  We’ve not forgotten you, Dear!  Be well and be at peace, Chrissy.

Back in November, I wrote here and at my blog about one of our blogger friends whose husband needed prayers after a tragic and life-threatening fall.  He had been helping a neighbor on a high roof under wet conditions and slid off with such speed that he destroyed their safety measures on the way down, sustaining critical injuries to his spine, pelvis and one arm.

Many people commented that they would pray for Freedom1781’s husband, and I’m happy to report very good news.  He not only has made great progress in his recovery, but he reports tremendous encouragement and gratitude for your prayers.  He also claims that he’s been aware of many apparently miraculous developments which have helped him on the very difficult road to recovery.  He attributes these to the prayers of family and friends, and he insists that I pass along his thanks to those of you who have prayed for him.  So, thanks to YOU!

Gruntessa and I had the chance in early December to visit their family, since I work frequently in coastal Virginia, where they live.  At that time, he had just been released from the hospital from the first round of surgeries and rehabilitation.  He was in a lot of pain, but he also was suffering from severe cabin fever, so he desperately wanted to visit the Busch Garden’s Christmas Town in Williamsburg with his young daughter and wife.  He could get around in a wheelchair with a lot of help, so we made it happen, and he managed to make it through an entire loop of all the world villages decorated with 8 million lights for Christmas.

One of the highlights of the tour was attending the show, Gloria!, which is a musical stage act of the nativity of Christ.  If you’ve never been, the Busch family still puts on a very Christ-centered Christmas celebration without any political correctness within a few hundred miles of Washington, DC, and that is quite an amazing thing!

But the best news came just this week, when we found out that Mr. Freedom1781’s hip socket was growing back well enough that the next surgery would attempt a reconstruction rather than a total hip replacement.  The replacement was originally thought necessary because this was a traumatic injury in which his femur punched completely through his pelvis on impact, destroying the joint.  But now, there is hope for a near total recovery.  Thanks for the prayers, Folks!

And the winners are …

The Paul Revere Award is given to those small Conservative bloggers who champion freedom of expression, feed our souls, make us laugh, and restore our buoyancy in a troubled world.

Paul Revere was an American patriot whose legendary “Midnight Ride” to warn the colonists of Massachusetts before the historic battles at Lexington and Concord played a vital role in America’s struggle to gain independence from Britain.

Paul Revere was not born to wealth. He was an ordinary man who lived an extraordinary life. Revere was a patriot, a businessman, an involved citizen, and a popular and well-respected member of his community.

An obituary in the Boston Intelligence solemnly noted, “Seldom has the tomb closed upon a life so honorable and useful.”

Revere is credited by the Central Intelligence Agency as the creator of the first Patriot intelligence network on record.