This whole Akin thing is very frustrating to me, and not for all the usual reasons. I am very distressed by the attitudes toward him that conservatives have brought to the discussion, in pretty much every venue where I’ve heard or seen him discussed. Personally, I think he’s a funny-looking, dweeby, little nerd with a bad comb-over, and not that appealing even with his mouth shut. I think his staying in the race is more about him than it is winning the Senate for the conservative cause. If the votes were cast now, he’d lose decisively against a woman who shouldn’t have a chance to win. His recent troubles, according to Rasmussen, have not just changed MO from a safe Republican Senate win, but they have also put the winning of MO’s electoral votes at risk for the Romney/Ryan ticket. These are all bad things. We can agree on all of this.

However, let’s put that part aside for a few moments, after acknowledging that if a Democrat had said something like this, not only would it not still be front-page news, but most of us would never have heard anything about it because it wouldn’t have been reported in the first place! I want to talk about the special vitriol directed towards Akin for being so stupid as to even believe such idiocy, the ignorant fool! Why ARE conservatives so angry towards him? Why do you think he’s so INCREDIBLY S.T.U.P.I.D.? I contend that many think and feel the way they do because they have been manipulated to do so. Akin is stupid because we were told from the outset that he is stupid and we can know this because only stupid people would stupidly cling to such a stupid idea from their stupidly-ignorant, stupid heads…especially from a stupid state like stupid Missouri. I could go on, but I think you get the idea. Because–politics aside–I think the media is tricking conservatives into furthering the leftist agenda, I want to present an opposing idea. Having presented it, I’ve got no further bull in this fight and won’t be out with my red cape, directing traffic. Feel free to argue it amongst yourselves, but this is my whole contribution. At least I HOPE it’s a contribution, because I am more disturbed by conservatives’ reactions to Akin’s remarks than I am by the remarks themselves. Here’s why:

I became a registered nurse in 1969. For the next 4 decades, except for maternity leaves (4), sick time, vacations, etc., I was continually employed in my chosen profession, mostly in-hospital. 30 of those years were spent in labor and delivery. At the time I became disabled, I had more working seniority than almost any other nurse in my department at the busy maternal/child tertiary center where I worked. I had professional medical experience coming out of my EARS, and during all that time, I believed the same thing Akin has just gotten in trouble for saying.

Somewhere, back in the mists of youth and time, I had heard (on more than one occasion) this issue discussed by medical people. I don’t remember when. I don’t remember who. I just know that it was presented as fact by experienced, educated people. I heard it, filed it away, and didn’t think a lot more about it. Let’s be fair–by the time ladies came to me for delivery, the question of conception had been pretty much resolved! So my line of work never required me to revisit my youthful “understanding” of this question. In fact, it was not until the Akin Bakin’ commenced, and I went online to find some documentation of this fact that he and I both KNEW, that I found out what I “knew” wasn’t really so. That was a big shock to me. I’m not sure I’ve recovered from it yet. But it’s left me with a lot of sympathy for a man whose public profile, and unfortunate conservative credentials, have caused him to be offered up as a human sacrifice on the Altar of Liberal Agendas…just for saying something that we both believed until just a few days ago. How thankful I am to be an insignificant peon!! When I make a mistake, nobody cares but me. Akin? A bipartisan lynch mob, over an honest error, and a VERY unfortunate turn-of-the-phrase in expressing it.

Personally, I like him less for what he’s done since his trouble began, than for the error that started this whole thing. But I will not attack him for getting a fact wrong…not when I’ve had the same misunderstanding, for at least 30 years, and acquired in my work in the health field,. You may object all you like to his stubbornness, his ego, his refusal to relinquish the pursuit for power, and many other legitimate concerns in this race. But to call him “stupid” is unfair. If you had had this idea (that a woman’s body has a mechanism that helps protect against pregnancy after rape), presented to you coherently, as it was to me, by sensible people you knew and trusted, and without the media–in full-throated rage–telling you upfront that it was “stupid” (and so was anyone who believed it), I think you would have made the same mistake Akin did in believing something that, when it counted, simply turned out to be NOT SO.

Sometimes You Just Need a Change of Pace

Life was simpler, once upon a time. So many modern annoyances didn’t even exist! On the other hand, our forefathers were missing out on a lot of conveniences that we enjoy without a second thought. All in all, I think I’d still choose the “shortcuts”. Although, back then it wouldn’t have mattered that I don’t know how to turn Tina’s blogpost into a clickable link…. 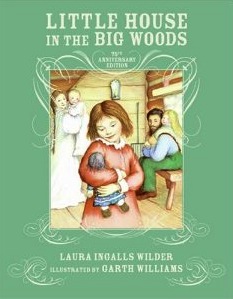 It’s a good thing he’s so cute, because he surely turned out to be expensive for a “free” cat!

Every time I think I’ve seen it all, I haven’t…

NO ‘HIM’ OR ‘HER’; PRESCHOOL FIGHTS GENDER BIAS – Sweden’s gender neutral tots