CALIFORNIA: The petition to force a recall election for Governor Newsom has more than enough verified signatures for the process to continue.

The next phase is a 30-business-day period in which voters may submit written requests to county Registrars of Voters to remove their names from the recall petition. At the end of that period, a recall election will be held unless a sufficient number of signatures are withdrawn.”

DIVERSITY: Democrats are pressuring the Federal Communications Commission (FCC) to prevent a Spanish-language Miami radio station from being sold to a buy who wants to switch it from progressive to conservative content.

EMBOLDENED: “Because the sentence against an evil deed is not promptly executed, the human heart is filled with the desire to commit evil.” – Ecclesiastes 8:11 [NABRE]

CLICK https://twitter.com/NYCPDDEA/status/1386812200774508547 [:27] to see a Black man whack a police detective on the head for no reason at all. He was charged with assault, criminal possession of a weapon, resisting arrest and disorderly conduct. The detective suffered a gash to his head and a whip mark, according to his union.

HOLLYWOOD: CLICK https://www.facebook.com/officialbenshapiro/videos/1598142470391904 [7:06] to hear Ben Shapiro describe all the ways the Oscars reveals Hollywood’s contempt for America and Americans … including the nominee swag bags that were worth $205,000 EACH.

LIFE: Idaho’s Governor Brad Little signed a new law to protect unborn babies from abortion once their heartbeats are detectable.

Montana’s Governor Greg Gianfort signed three new laws, one to ban abortions as soon as the fetus is capable of feeling pain, one requiring women be given the opportunity to see an ultrasound and listen to the baby’s heartbeat before getting an abortion, and a third prohibiting providing abortion-inducing drugs in schools or on school grounds, as well as requiring informed consent and reporting on use and adverse events for these drugs.

Oklahoma’s Governor Kevin Stitt signed three new laws, one to ban abortions once an unborn baby’s heartbeat is detectable, one requiring that abortions be done by doctors who are certified OB-GYNs, and a third that adds abortions to a list of unprofessional conduct actions by doctors.

The Sixth Circuit Court of Appeals shot down a pro-abort challenge to Tennessee’s 2015 law requiring women wait 48 hours between scheduling and proceeding with an abortion.

From The Genesius Times.

NEW YORK (AP) — The Centers for Disease Control and Prevention (CDC) said Tuesday that you can finally peak your head out from your self-imposed prison now, but just once a day.

The new guidance represents another carefully calibrated step on the road back to normal from the coronavirus outbreak that has killed over 570,000 Americans who died from other stuff.

For most of the past year, the CDC had been advising Americans to stay inside and be very afraid of a disease that had a 99% recovery rate. 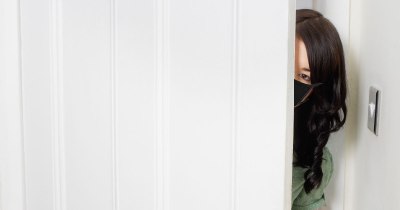 “Today, I hope, is a day when we can take another step back to the normalcy of before,” CDC Director Dr. Rochelle Walensky said. “Over the past year, we have spent a lot of time telling Americans what you can’t do. Today, I am going to tell you some of the things you can do including peaking out your door once a day.”

The change comes as more than half of U.S. adults have gotten at least one dose of vaccine, and more than a third have been fully vaccinated and everyone’s feeling great.

Walensky said the decision was driven by the fact that everything the CDC has recommended has been contradicted by science shortly after.

Dr. Obi Wan, an infectious disease expert at the University of Mos Eisley, welcomed the change in guidance.