We have a problem

This is a well-written and thought out article written by a 26 yr old college student by the name of Alyssa Ahlgren, who’s in grad school for her MBA.

My Generation Is Blind to the Prosperity Around Us!

I’m sitting in a small coffee shop near Nokomis (Florida) trying to think of what to write about. I scroll through my newsfeed on my phone looking at the latest headlines of presidential candidates calling for policies to “fix” the so-called injustices of capitalism. I put my phone down and continue to look around.

I see people talking freely, working on their MacBooks, ordering food they get in an instant, seeing cars go by outside, and it dawned on me. We live in the most privileged time in the most prosperous nation and we’ve become completely blind to it.

Vehicles, food, technology, freedom to associate with whom we choose. These things are so ingrained in our American way of life we don’t give them a second thought.

We are so well off here in the United States that our poverty line begins 31 times above the global average. Thirty One Times!!!

Virtually no one in the United States is considered poor by global standards. Yet, in a time where we can order a product off Amazon with one click and have it at our doorstep the next day, we are unappreciative, unsatisfied, and ungrateful.

Our unappreciation is evident as the popularity of socialist policies among my generation continues to grow. Congresswoman Alexandria Ocasio-Cortez recently said to Newsweek talking about the millennial generation, “An entire generation, which is now becoming one of the largest electorates in America, came of age and never saw American prosperity.“

When I first read that statement, I thought to myself, that was quite literally the most entitled and factually illiterate thing I’ve ever heard in my 26 years on this earth. Many young people agree with her, which is entirely misguided.

My generation is being indoctrinated by a mainstream narrative to actually believe we have never seen prosperity. I know this first hand; I went to college. Let’s just say I didn’t have the popular opinion, but I digress.

Why then, with all of the overwhelming evidence around us, evidence that I can even see sitting at a coffee shop, do we not view this as prosperity? We have people who are dying to get into our country.

People around the world are destitute and truly impoverished. Yet, we have a young generation convinced they’ve never seen prosperity, and as a result, we elect some politicians who are dead set on taking steps towards abolishing capitalism.

Why? The answer is this: my generation has only seen prosperity. We have no contrast. We didn’t live through the Great Depression, or two world wars, or the Korean War, or the Vietnam War. We didn’t see the rise and fall of Socialism and Communism.

We don’t know what it’s like to live without the internet, without cars, without smartphones. We don’t have a lack of prosperity problem. We have an entitlement problem, an ungratefulness problem, and it’s spreading like a plague.  #pleaseshare

Comments Off on We have a problem

No Catholic Can Vote for Biden

VIDEO: 26:48 – If this issue concerns you, I encourage you to watch the entire video and also to read what I’ve written below.

It should be no surprise then that both the Democrat’s nominee for president and the Democrat Speaker of the House make a big point of their alleged faithfulness to their Catholic faith while promoting and practicing grave sins.

Nor should it be any surprise that Biden’s choice as running mate is a bare-faced, anti-Catholic bigot.

As politicians and public figures, Joe Biden and Nancy Pelosi are not as blatantly anti-Catholic, yet both are serial liars with long histories of supporting abortion.

Catholics are supposed to be faithful to the teachings of the Roman Catholic Church, which are clearly spelled out for us in The Holy Bible and The Catechism of the Catholic Church, plus elaborated upon in myriad encyclicals and ecumenical and synodal council documents.

Catholics are not only responsible for giving assent to the teachings of the RCC, but also for understanding the teachings. In addition, where we get stuck on a particular issue, we have an additional responsibility to make a genuine and prayerful effort to form our consciences in order to align them with the teaching.

This would involve reading not just what, but also why the RCC teachings whatever it is we are having difficulty with, discussing it with priests or faithful Catholics, and praying for the graces needed to align our consciences with the teaching.

This would also involve keeping our big, fat mouths shut about our defects of conscience, because Jesus Himself taught, “Woe to the world because of scandals. For it must needs be that scandals come: but nevertheless woe to that man by whom the scandal comes.” – Matthew 18:7

Scandal has been defined in the Church’s tradition as an act or omission on our part that, through our bad example, leads another to commit sin or lose faith. We will be judged by God alone not only for what we believe and for how we behaved, but also for how we influenced others to believe and behave.

With regard to abortion, any Catholic is automatically excommunicated who:

END_OF_DOCUMENT_TOKEN_TO_BE_REPLACED

Comments Off on No Catholic Can Vote for Biden

OPERATION LEGEND: In July, the Trump administration started this program to send federal agents to cities with ongoing violent protests to help local law enforcement and to protect federal property.

To date: At least 1,000 have been arrested, more than 200 people have been charged with a federal crime, and roughly 400 firearms have been confiscated.

The effort was named in honor of 4-year-old LeGend Taliferro, who was shot and killed in the early morning hours of June 29 as he lay sleeping at his home in Kansas City, Mo. 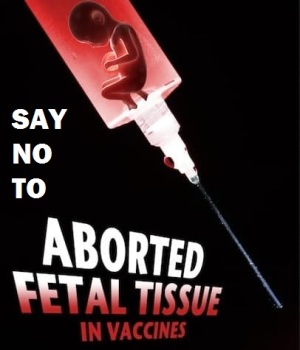 TRUMP: The most Pro-Life President EVAH! – A new bioethics advisory board appointed by President Donald Trump released its first report Tuesday, recommending that the government reject funding for 13 of 14 research projects that plan to use aborted baby body parts.