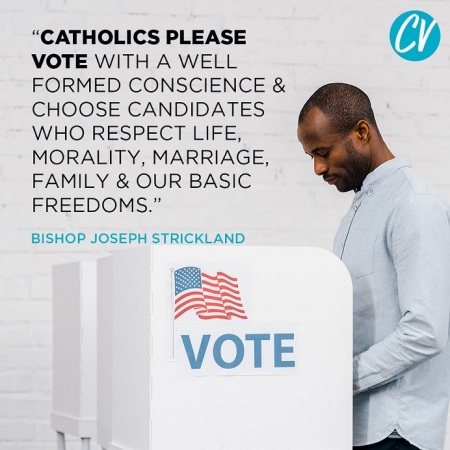 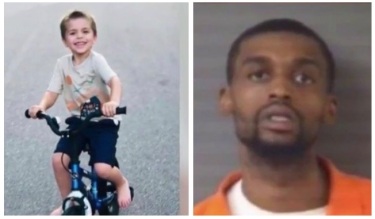 MEDIA MALPRACTICE: On Sunday, Cannon Hinnant (5) was riding his bike in front of his home when Darius Sessoms (25) ran up to him, put a gun to his head and executed him in front of his two sisters.

Sessoms has been taken into custody and charged with first degree murder. According to neighbors, he lives next door to the victim’s family. They had dinner together on Friday.

If the skin colors were reversed, the Left would be screaming about this 24/7.

But since it doesn’t fit the Left’s narrative, they’re ignoring it. 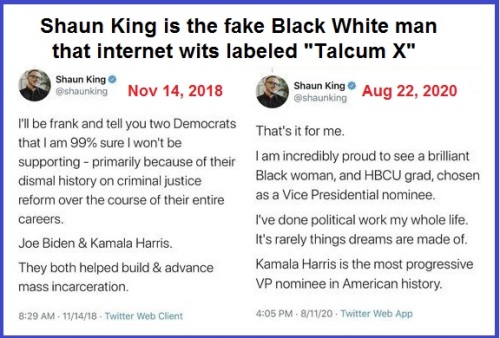 WORST VP PICK EVER: “Last year, several women came forward to say Joe Biden had touched them in sexually aggressive ways, both on and off camera. Kamala Harris wholeheartedly endorsed their claims, saying “I believe them and I respect them being able to tell their story and having the courage to do it.” Wait. What? You believe that Joe Biden sexually assaulted innocent women. But you’re joining his presidential ticket anyway? How does that work exactly?” – Tucker Carlson

Democrats to Voters: From now until November 3rd – “We know Biden isn’t fit, but ::winkwink:: it’s really Kamala “the pragmatic moderate” Harris who is running for president. 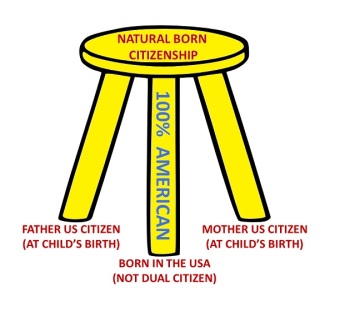 There are no provisions in the U.S. Constitution that qualifies a child born of a foreign national to hold the offices of president or vice president.

It’s possible the Trump campaign will launch a court challenge into Harris’ constitutional eligibility. Or the Senate may consider a Senate Resolution to affirm her eligibility.

The American Thinker article linked below reviews the legal history of the rule.

BIDEN: [:48] – More than a dozen of Joe Biden’s campaign staffers joined a bunch of celebrities in helping provide bail money for a suspect who shot at police, a woman accused of killing a friend, and a twice convicted sex offender.

PORTLAND: [3:50] – The DA says they will no longer prosecute “non-violent” crimes. The list of “Get out of jail free” crimes includes interfering with a police officer and rioting.

CALIFORNIA: Fortunately, there are only a few far left-leaning cities allowing BLM/ANTIFA thugs to destroy property and terrorize citizens.

La Mesa isn’t one of them. When BLMers tried to create an autonomous zone there, approximately 300 police and angry citizens showed up to say Hell to the No.

Finding themselves surrounded and greatly out-numbered, the bully cowards left early in mid-afternoon. The organizer bull horned her ire.

By “this sh**”, she apparently meant citizens peacefully protesting against BLM’s destructive agenda, many of whom were armed and prepared to defend their private property.

La Mesa is a suburb of San Diego.

EDUCATION: Matthew Kay, who teaches English at the Science Leadership Academy, a Philadelphia public school, tweeted over the weekend he is concerned about parents listening in on and undoing his virtual lessons that are aimed at “destabilizing a kid’s racism or homophobia or transphobia.”

How perfectly AWFUL if PARENTS were to learn what their kids are learning and take the time to present any alternative viewpoint!

“The WHOLE POINT of mandatory public education is to indoctrinate the next generation.” So says every Fascist, Socialist and Communist government ever.

But, as I understand it, the original point of public schools in America was to ensure mass literacy, so everyone could read their Bibles.

REOPENING SCHOOLS: Back in May, Democrats pounced after President Trump supported reopening. Despite the data finding precisely the opposite, it quickly became the Democrat-media complex line that opening schools this fall would be preposterously dangerous to children and teachers.

Just a few weeks ago, Pelosi was on TV bashing Trump and Education Secretary Betsy DeVos for encouraging school reopenings, saying, falsely, “Going back to school presents the biggest risk for the spread of the coronavirus. They ignore science and they ignore governance in order to make this happen.”

Joy Pullman at The Federalist presents a few ideas about why the Democrat narrative has shifted 180 degrees and Pelosi is making noises like Democrats supported school reopenings all along.

PROTECTING PEDOPHILES: The misnamed “Equality Act” begins its journey through Congress this week. It’s stated purpose is “To prohibit discrimination on the basis of sex, gender identity, and sexual orientation, and for other purposes.”

But the 1964 Civil Rights Act already prohibits discrimination on the basis of “sex,” by which the authors of the bill meant “male or female.” So what this is really about is giving special legal protection to homosexuals and transgenders.

And if that was specifically defined within the act, there wouldn’t be a problem. But they’re not. So, if passed by the House and Senate and signed by the president, the law could and will be twisted to provide legal protection to pedophiles, while specifically forbidding religious exemptions!

Bryan Fischer, the author of the article linked below, says, “It will not be long before bestiality (sex with animals) becomes a protected category. Prostitution will soon follow, as will incest and necrophilia (sex with dead people).” 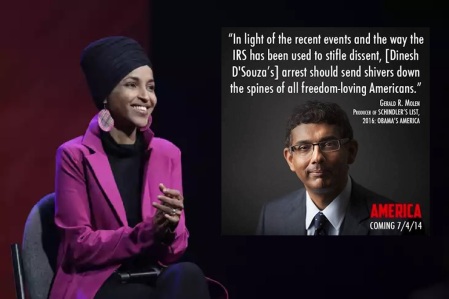 PRIVILEGE: A “veteran insider” at the Department of Homeland Security revealed Wednesday that two different federal agencies have investigated Rep. Ilhan Omar (D-Ankara) for months, but decided not to prosecute her for immigration fraud.

There is clear and readily available evidence that she married her own brother as part of an elaborate immigration scam.

But she’s a dark-skinned, Muslim immigrant who is vocal about her leftist views, so nobody’s got the courage to face the Left’s punishment for taking her to court.

If she was a dark-skinned, Christian immigrant who is vocal about her conservative views, she’d already be behind bars.

PRIVILEGE: CLICK [6:56] to hear a black CNN analyst tell a black radio host how he owes his success to white privilege.

ONTARIO: Interesting news story by independent journalists [18:54] – Sports games are not allowed in Ontario. Teams that want to practice may do so if they obtain a permit. But it’s for practices only.

But Brampton Mayor Patrick Brown missed his weekly pick-up games with his hockey buddies. When Rebel News attempted to out the scofflaws, the mask-less Brown bolted from the building, leaving his clearly labeled bag of gear behind.

Somebody called the cops on the Rebel News journalist, who was issued a citation barring anyone from Rebel News from entering any Brampton recreational facility for a full year.

The attorney for Rebel News offered his take on the situation. 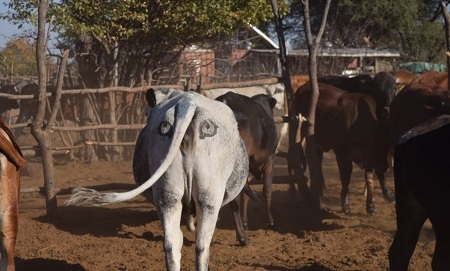 COW BUTTS: A newly published study by scientists in Botswana shows that painting eyes on the rear ends of cattle is highly effective at scaring away predators.

Makes sense to me. Natural eyespots are found on butterflies, reptiles, cats, birds and fish. 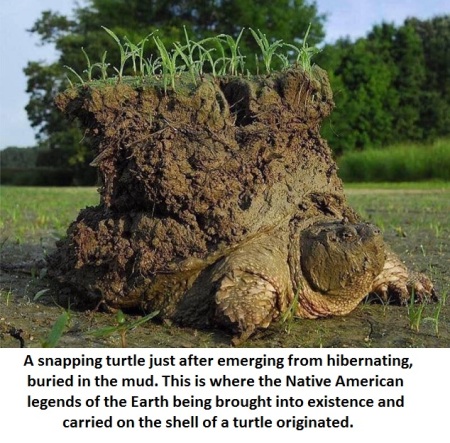