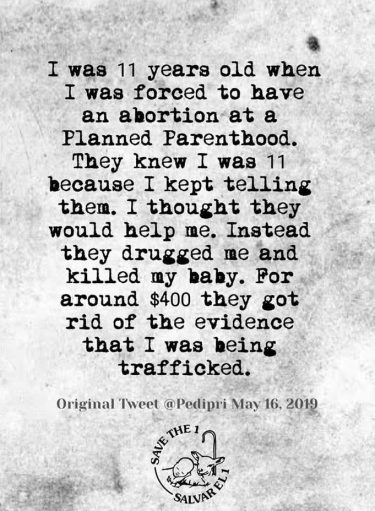 But what about modern-day slavery? The Trump administration is granting $35 million to the DOJ in efforts to advance recovery efforts for victims of human trafficking. The funds will be distributed from the DOJ to organizations that house and help rescued victims.

What have Democrats ever said or done?

COVID-19: This week, the U.S. has the smallest daily increase in new cases.

COVID-19: Ohio’s Republican Governor Mike DeWine recently issued a statement asking the Ohio Board of Pharmacy to reverse its stupid rule prohibiting the selling or dispensing of HCQ for COVID-19.

“The decision about prescribing hydroxychloroquine to treat COVID-19 should be between a doctor and a patient,” DeWine said. Shortly thereafter, the Board of Pharmacy lifted its ban.

COVID-19: Los Angeles Mayor Eric Garcetti (D) announced Wednesday night that by the end of the week, the city will start cutting off water and electric services to homes and businesses caught holding unauthorized large gatherings in violation of COVID-19 restrictions.

“Recently we’ve seen the reports of some large parties and gatherings in flagrant violation of health ordinances,” Garcetti said during a press conference. “As our county Department of Public Health said yesterday, and I quote, ‘The highest risk settings are large, in-person gatherings where it is difficult for individuals to remain spaced at least six feet apart and where face coverings are not worn.”

GEORGE FLOYD: Video above contains a doctor’s analysis of the body cam footage [4:09].

Washington Times link below reports on the preliminary autopsy report conducted by the Hennepin County Medical Examiner that had noted “no physical findings that support a diagnosis of traumatic asphyxiation or strangulation.”

AMERICA’S VOICE: CLICK [1:59:26] – This is long, but if you’ve got ironing or mending or something else mindless to do for half an hour while you listen, it’s a good choice. 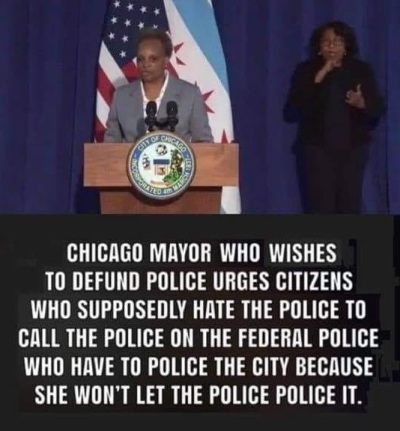 DEFUND POLICE: This insane Democrat policy is having predictable effects.

RIOTS: CLICK [:24] to see one pissed off citizen’s solution to a mob’s attempt to stop him and do who knows what. The street was lined with dozens, possibly hundreds of masked “mostly peaceful protesters” all dressed in black, of course.

So yeah, NOT a place you want to be trapped, which is precisely why that turd dropped his pile of twisted metal formerly known as a motorcycle.

TIKTOK: President Trump wants to ban the wildly popular app, TikTok, which is owned by a Beijing-based internet technology company.

Not only does the company hand over personal data collected from users to the ChiComs, but it has also been found guilty of some seriously scary privacy violations.

These include illegally accessing iPhone system data, allowing malicious users to make private videos and information public, and collecting and exposing the locations of young children.

But when the Biden campaign tweeted out a deceptively edited clip claiming it proved Trump is cold-hearted, Twitter let it stand. In the clip, a reporter asks about the thousands who are dying of COVID-19. Trump says, “It is what it is.”

The clip does NOT include what Trump said right after, which was, “But that doesn’t mean we aren’t doing everything we can.”

SOCIAL MEDIA: [2:13] – Why conservatives need to be engaged.

WALK AWAY: “I did my own research. What I found was astounding… The Russia hoax, Brett Kavanaugh, Covington Catholic kids, impeachment failure, abortion up until birth, the anti American/police/white narratives, covid being overblown, BLM, politicization of sports, open borders, cancel culture and coverage of the riots are just a few topics that woke me up. I can’t believe how much the left hates President Trump. It almost seems like the narrative is orchestrated to promote chaos and divert the attention from the real problems facing America. I cannot support a party that is fueled by hate, division and lies. The democratic party makes it easy for me to decide who to support. Now, I can say I’m a proud conservative, I love my country and can’t wait to cast my first vote for President Trump!”

2020: Michael Goodwin at the New York Post writes that Democrats are nuts if they think Biden can dodge the debates and stay in his basement until November and win the election. And never mind his current lead the polls.

Biden is “almost exactly where Hillary Clinton was four years ago. … With apologies to Yogi Berra, if Biden isn’t careful, America could wake up in November with that déjà vu feeling all over again.” 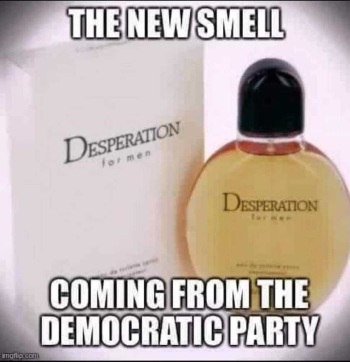 2020: The “President Trump is just like (or even worse than!) Hitler” is making a comeback courtesy of leading Black Democrat, Rep. James Clyburn.

Friday on PBS: “He’s not planning to give up the office. He thinks that the American people will be duped by him, like the people of Germany was duped by Adolf Hitler.“

Sunday on CNN: “I feel very strongly that he is Mussolini, Putin is Hitler. … I don’t think he plans to leave the White House. He doesn’t plan to have fair and unfettered elections. I believe that he plans to install himself in some kind of emergency way to continue hold onto office and that’s why the American people had better wake up.”

VOTER FRAUD: Consider how many problems there are with election fraud with the existing election systems.

And these are for requested absentee ballots. What Democrats want is indiscriminately mass-mailed ballots.

BABY BODY PARTS: Update on Daleiden’s case [2:41] – He looks so different with long hair, I didn’t realize it was him. 🙂

TRANS: A major study Leftists use to push the narrative that people suffering from gender dysphoria “need” hormones and surgery has a major flaw. That isn’t what the study concluded.

“The results demonstrated no advantage of surgery in relation to subsequent mood or anxiety disorder-related health care visits or prescriptions or hospitalizations following suicide attempts in that comparison.”

Michael Cook says, “[Hormones and surgery are] basically experimental medicine, a 21st century version of the disasters of thalidomide and frontal lobotomies.” 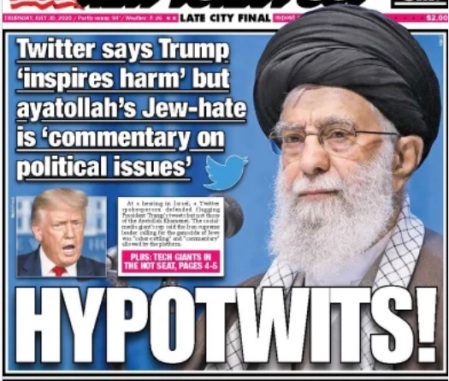 The question was why Twitter doesn’t flag tweets by Ayatollah Khomeini calling for genocide of Jewish people, but does flag tweets by President Trump commenting on current political issues.

The answer was a bunch of mealy-mouthed blah blah that adds up to, “Because.” 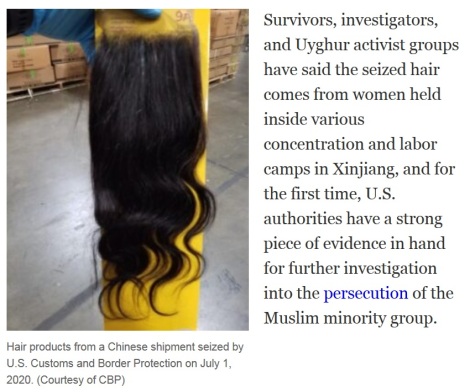 CHINA: The ChiComs are incarcerating and using Uyghurs, piece by piece, marketing whatever they can get.

But please, Lefties, tell me some more about how Trump’s tweets have ruined your life.

HIRE A PRO: [11:30] – Remember when I told you how amazed I was that the tree guys cut down our dying willow without disturbing the little tent city our guests had put up?

This video shows why this is really one of those places where you should not try to do it at home.