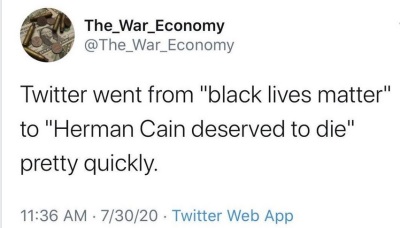 RIP Herman Cain: The people who voted for Barack Hussein, thinking it would finally bring an end to white guilt and racial discord, should be feeling really stupid right now.

Actually, some of them are. I see their stories on Walk Away.

TRUMP: He doesn’t get nearly enough credit for his kindness and generosity [:38] – On Thursday, President Donald Trump met with the family of Vanessa Guillen (20). They appealed to the president to help promote legislation to improve reporting of sexual abuse within the military.

The president offered to help pay for Vanessa’s funeral if the family needed it. He has paid for funerals for other military members in the past. “I have, I have. I have to do it personally, I can’t do it through government. I have because some families need help. They need help.” 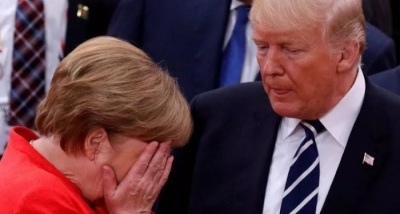 TRUMP: He’s been complaining, literally, for years about other NATO countries taking unfair advantage of the U.S.

He’s tired of them not listening. In coming weeks, he is recalling 11,900 troops from Germany.

“Do I know any minorities? Well, no, I don’t. But I feel very confident speaking on their behalf on the internet.”