Despite the fact that abortion has decimated the black population in this country, the Black Lives Matter organization is staunchly pro-abortion.

They don’t care that the most dangerous place for black persons in America is not on city streets patrolled by racist cops, but in the wombs of their black mothers.

CLICK [1:00] to hear the most moving, pertinent, and effective commentary I’ve seen to date.

This is exactly what Planned Parenthood’s founder, Margaret Sanger, hoped would happen. 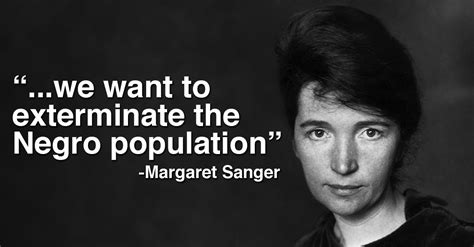 Sanger was a KKK-loving racist who urged America to learn from the Nazis and carry out nature’s own mandate of getting rid of “human weeds.”

Planned Parenthood has done its level best to fulfill her dream.

Seventy-nine percent of its surgical abortion facilities are within walking distance of minority neighborhoods.

For many years, the Democratic Platform has defended tax-payer funded abortion. As the party has become more radically Left, their “safe, legal, and rare” mantra has morphed into “on demand, without restrictions or apologies.”