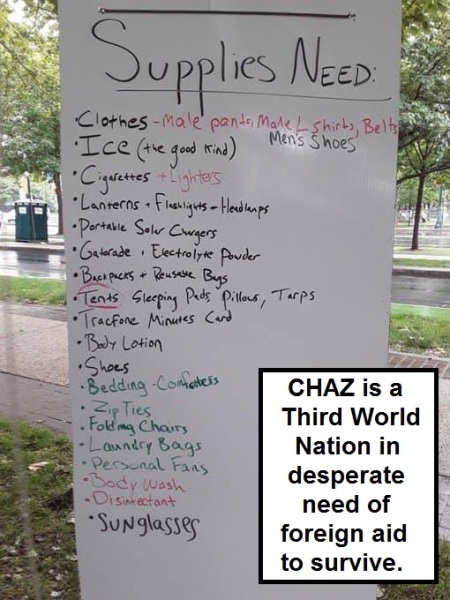 CHAZ: CLICK [4:50] to hear Tucker Carlson snark on the subject.

On Friday, Tennessee’s Republican Governor Bill Lee made it clear that a proposed “Capitol Hill Autonomous Zone” in Nashville is never going to happen. 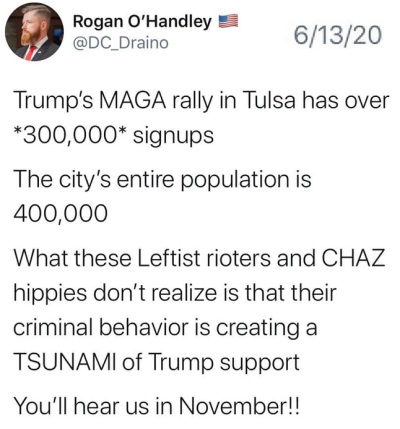 TRUMP: CHAZ, BLM, ANTIFA and all the other far leftist horrors tearing this country apart are busy ensuring Donald Trump is re-elected in a landslide.

We need to also give him strong conservative majorities in both chambers of Congress and in all our state and local governments as well.

The whole thing is worth reading, but one line in particular breaks my heart: “MLK would likely be called an Uncle Tom if he spoke on our campus today.”

REPARATIONS: I remember seeing a black soldier post that he had never been so grateful to have descended from American slaves as when we was deployed to one of the war-torn hell-holes in Africa.

Scott Adams makes a similar point. He says that, when it comes to calculating reparations, what we need to compare is not the incomes of white vs. black Americans, but the incomes of American vs. African blacks.

“You know what the problem is, right? They would owe money to white people.”

Keith Richburg says the same thing. “I was in Africa, birthplace of my ancestors, standing at the edge of a river not as an African but as an American journalist—a mere spectator—watching the bloated bodies of black Africans cascading over a waterfall. And that’s when I thought about how, if things had been different, I might have been one of them—or might have met some similarly anonymous fate in one of the countless ongoing civil wars or tribal clashes on this brutal continent. And so I thank God my ancestor survived that voyage. …

“I’m tired of lying. And I’m tired of all the ignorance and hypocrisy and the double standards I hear and read about Africa, much of it from people who’ve never been there, let alone spent three years walking around amid the corpses. Talk to me about Africa and my black roots and my kinship with my African brothers and I’ll throw it back in your face, and then I’ll rub your nose in the images of the rotting flesh.”

In Mali, Islamist terrorists attacked several Dogon farming villages last Tuesday and Wednesday, murdering 27 people. Some of them were burned alive. The villages were “predominantly inhabited by Christians.”

In Nigeria, one survivor said that the invaders “gathered us and said they wanted to deliver [a] religious sermon to us. They asked us to submit whatever arm we had. Some villagers gave up their … guns, bow, and arrows.

“Suddenly, they started shooting at will. Even children and women were not spared. Many were shot at close range. We have buried 49 corpses here while another 32 corpses were taken away by families from the villages around us.”

Since 2009, Boko Haram has displaced more than two million people and killed tens of thousands. 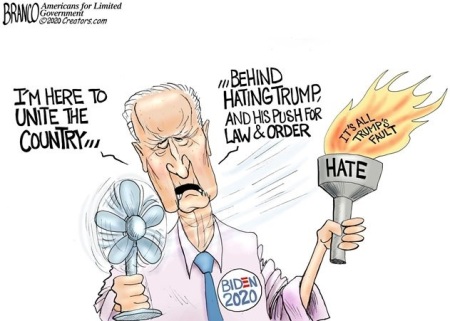 BIDEN: The Biden campaign tried to get Facebook to censor President Trump and his campaign. To its credit, the social media giant told them to go suck eggs.

“We live in a democracy, where the elected officials decide the rules around campaigns.”

The Black Wall Street Massacre took place in Tulsa, Oklahoma, on May 31 and June 1, 1921, when mobs of white residents attacked the wealthiest black community in the United States, destroying more than 35 square blocks of the Greenwood District, aka, “Black Wall Street.“

So … he got the date wrong, the state wrong, even the century wrong. Plus Juneteenth is a joyous day, while the Black Wall Street Massacre has been called “the single worst incident of racial violence in American history.”

POLAND: Polish President Andrzej Duda, 48, is running for re-election on June 28. His campaign promises include ending LGBT propaganda in public institutions, helping families who want to homeschool, and ensuring the right of parents to decide in what kind of sexual education to give their children.