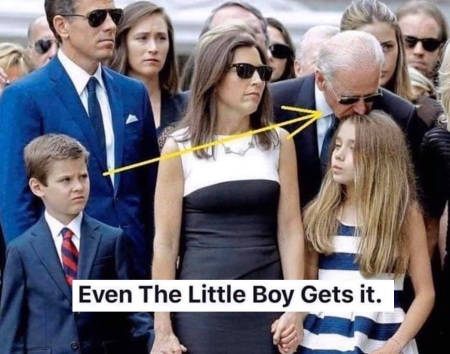 CREEPY JOE BIDEN: PASS THIS AROUND – Click [2:20] to hear an expert on sexual abuse and family violence explain why Joe Biden’s creepy behavior is far from benign.

Andrea Widburg at American Thinker says, “Biden’s blatant behavior opens itself to two unpleasant interpretations.  First, he believes that his status in D.C. puts him above the law.  Like some Roman emperor, Joe thinks (correctly to date) that he can get away with anything.  Second, Joe may get some sort of sick exhibitionistic kick about showing his preference for young girls so publicly.”

When he asked the SAME question AGAIN, she said, “I answered it once. If you ask it twice, it doesn’t make it any better of a question.”

HYPOCRITE: Thy name is Democrat – Michigan’s Democrat Governor Whitmer is famous for imposing the harshest lock down orders in the country.

She’s the loony jackboot who decided that you could only buy stuff at Wal*Mart that SHE deemed essential. These did not include gardening and DIY home improvement supplies. I heard one old man got rousted for trying to buy a bag of river rocks to put on his wife’s memorial garden.

She also banned travel to vacation homes and warned Michiganders not to “flood” the northern parts of the state.

But like elitists everywhere, rules are for the peasants. The governor’s family primarily reside in Lansing. The dock that got the “put my boat in the water” is located in Elk Rapids, in the northern part of Michigan, where the family owns a vacation home.

LGBT: [6:27] – Twenty years ago, Doug Mainwaring left his wife and two children to live as a gay man. His search for ways to argue in favor of same-sex marriage led him to Christ and to opposition of same-sex marriage. He also reunited with his family.

PLANNED PARENTHOOD: Exposing the lies about the baby body parts scandal. [14:52] – The testimony, unsealed this spring, shows that top Planned Parenthood executives were well aware of their clinics’ participation in the harvest and illegal sale of body parts from aborted children. I’m sickened that the woman testifying wears a cross.

Full disclosure: I didn’t watch the whole thing. The subject makes me sick.

CLICK for what to do when you want that hot rod sound, but can’t afford the price tag. 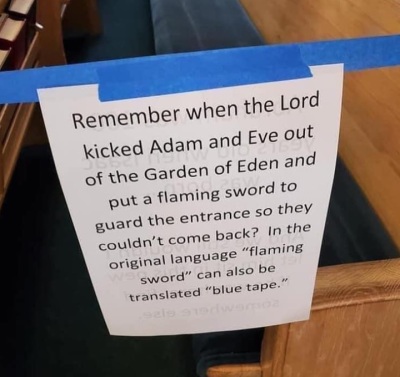