WORSHIP: [1:57] – “Some governors have deemed liquor stores and abortion clinics as essential, but have left out churches and other houses of worship. It’s not right.

I call upon governors to allow our churches and places of worship to open right now. If there’s any question, they’re gonna have to call me, but they’re not gonna be successful in that call. These are places that hold our society together and keep our people united.

“The governors need to do the right thing and allow these very important essential places of faith to open right now, for this weekend. If they don’t do it, I will override the governors. In America, we need more prayer, not less.” – President Trump 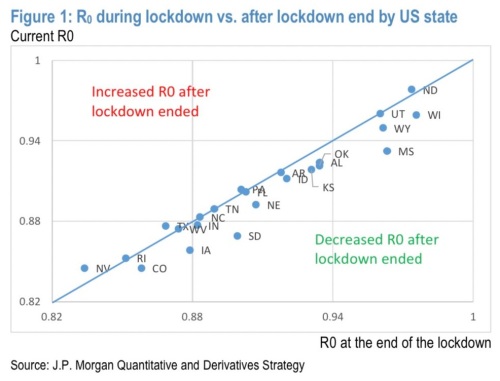 COVID-19: Research by JPMorgan shows that the coronavirus infection rates of states that have ended their lockdowns have declined, “even after allowing for an appropriate measurement lag.”

This decrease is also true when looked at county by county. 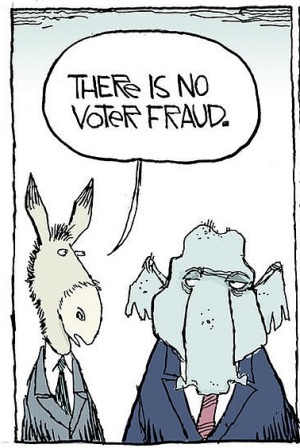 The U.S. Attorney said, “Demuro fraudulently stuffed the ballot box by literally standing in a voting booth and voting over and over, as fast as he could, while he thought the coast was clear.” 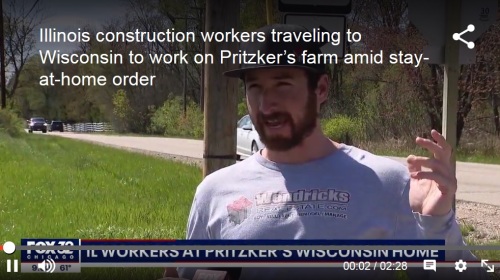 HYPOCRITE: Thy name is Democrat – Just one more in the apparently endless number of reasons why we think Democrats are elitist pigs.

Illinois’ Democrat Governor Jay “No You Can’t Reopen” Pritzker may have ordered everyone else in his state to close down and stay home, but it looks like he’s got no problem with people traveling, working or gathering … if it’s to work on his new $2.5 million house at his horse farm in Wisconsin.

Governor “Rules for thee are not for me” Pritzer said it was no biggie. “First of all they’re operating an essential function. Construction is an essential function. And second of all, they’re union employees that are going to do the work that they do. And I’ve never said people can’t cross the border to another state.”

Pritzker’s stay-at-home order runs through May 30, and anyone over the age of 2 is required to wear a facemask in public.

On May 20, Pritzker signed an executive order criminalizing any violation of his business closure mandates under threat of a $2,500 fine and up to a year in jail. He withdrew it after a public outcry.

More than 1.1 million people in Illinois have filed for unemployment.

TDS: Katha Pollitt, a columnist at The Nation, has come under criticism for a column in which she wrote that beating Trump is so important to her that she would vote for Trump even “if he boiled babies and ate them.” Not too subtle about her support for abortion, is she.

Twitter lit up. James Zogby wrote, “Gross beyond words. On so many levels: political and personal. In what bizarre universe does ‘boiled babies’ become a metaphor to use for any purpose. Sick.”

Pollitt responded to the blowback by mocking her critics as “tender souls” who don’t appreciate “dark humor.“

That’s rich coming from one of the people who routinely shriek about Trump’s jokes being assaults on the Constitution, human decency, the rule of law, you name it.

This is a 4.7% jump for Trump from the previous survey and could stem from the backlash over Gov. Tom Wolf’s (D) stringent lockdown orders. 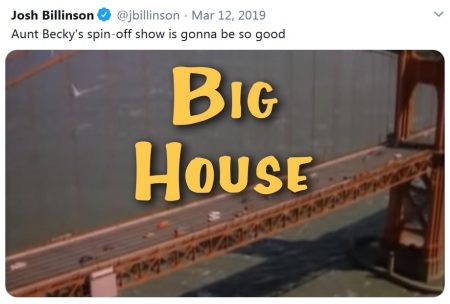 AUNT BECKY: In the wake of Lori Loughlin’s arrest and felony indictment, Full House fans have been busting out Aunt Becky memes on social media. This was my favorite.

Loughin and about 50 other people have been indicted for bribing Ivy League and other upscale colleges to accept their kids. 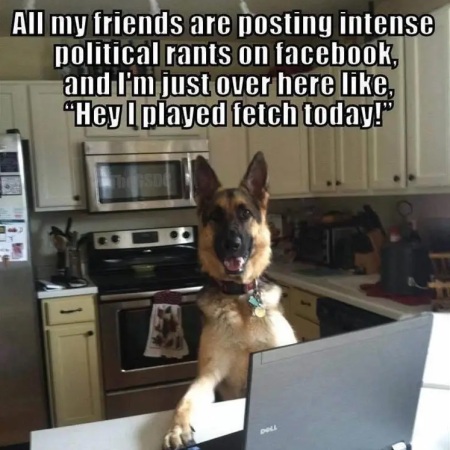