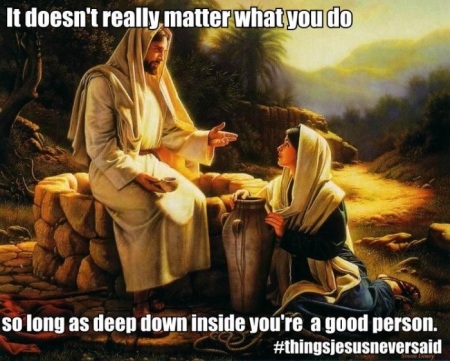 “I happen to be taking it,” he continued, saying that he began taking HCQ “a couple of weeks ago.” He took one dose of azrithromycin at first then HCQ and zinc daily since.

The president said, “I think it’s good, I’ve heard a lot of good stories. And if it’s not good, I’ll tell you right. I’m not going to get hurt by it. It’s been around for 40 years for malaria, for lupus, for other things.“

President Trump went on to say that “a lot of doctors take it” and told the story of a New York physician who wrote him a letter saying that he has prescribed the drug to hundreds of patients along with zinc and azrithromycin and “I haven’t lost one” to the coronavirus.

The statistics show that the HCQ-azithro-zinc combination is much more effective in mild to moderate cases than it is in severely ill patients who are in an ICU. But I have heard stories of people who had one foot in the grave who were cured by it.

The Trump Deranged Slime Stream Media responded predictably.“He’s self-medicating!” (with a drug his doctor prescribed) with an “untested drug!” (that was patented in 1950 and is commonly used for half a dozen ailments).

If Obama had touted it, they’d be demanding he get the Nobel Prize for Medicine. 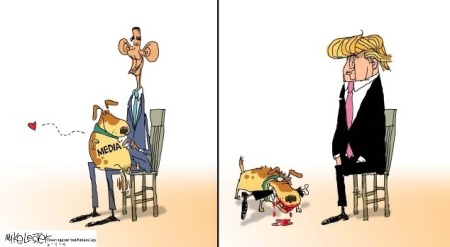 COVID-19: From Rich Lowry at National Review – “There is a new cardinal rule in journalism — never write anything favorable about the Trump administration’s coronavirus response, even about its successes.

“It’s why the story of how the administration handled the potential ventilator crisis has gone almost entirely untold, and why its effort to secure supplies of personal protective equipment, or PPE, has been gotten largely skeptical or hostile coverage. …

“How the administration worked through this and got to a better place would seem an interesting story, if the press weren’t too vehemently opposed to Trump to even consider occasionally giving some credit where it’s due.”

The full article (about 7 pages) gives many details some of the great successes of the Trump administration’s pandemic response. It’s worth reading and, maybe, printing out for anybody you know who might be open to not hating The Donald.

COVID-19: Click to hear Tucker talk about leaders who are drunk with power. “None of them have had a good relationship with their fathers. Not one.”

A federal judge has blocked the North Carolina governor’s order limiting most church services to 10 people or fewer, saying it was a double standard to limit religious services to 10, while allowing businesses 50% capacity.

A county judge in Oregon declared Gov. Kate Brown’s pandemic restrictions “null and void” because her emergency order was not approved by the state legislature after 28 days. The lawsuit was filed by several churches who said social distancing measures were unconstitutional.

Businesses in Illinois that violate Gov. J.B. Pritzker’s stay-at-home order could face fines of up to $2,500. But a sheriff in suburban Chicago says he won’t “victimize” lawful residents “trying to put food on their children’s table.”

Minnesota Attorney General Keith Ellison has filed a lawsuit against Shady’s, a chain of six bars and restaurants that said it plans to reopen before the state’s lockdown on hospitality businesses is lifted.

FLYNN: Michael Flynn’s lawyer has filed a writ of mandamus with the United States Court of Appeals with the District of Columbia to dismiss the case against Flynn, vacate the order appointing an amicus curiae, and reassign the case to another judge. 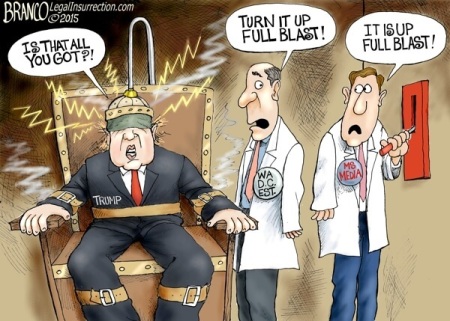 OBAMAGATE: Mollie Hemingway has a good article at The Federalist about how the Slime Stream Media “are doing their part in an all-hands-on-deck effort to continue pushing out Democratic talking points” about Obamagate.

“The media should know, however, that journalism’s trashed reputation is not going to go away by further suppressing the story. … Yet the world is eager to see if there are many real journalists left. …

“It was one thing for reporters to stick with the false narrative through the disappointing conclusion of the Mueller special counsel report. … But if reporters think they can continue to ignore the very real concerns about politicization of intelligence agencies under Obama, or gaslight Americans by claiming such spying and leaking is normal and even good, they should wake up. …

“Declassifications, court documents, and investigative reports have all shown the falsehood of the Russia collusion hoax and the truth of the spying scandal. More could be coming.”

So that means Joe Biden is Candidate Sylvester. Bwahahaha!

MEDIA MALPRACTICE: Click to hear about the Washington Post magazine’s absurd article pimping Stacey Abrams as the Next Big Thing.

The photos above are from the article. Remind you of anything? 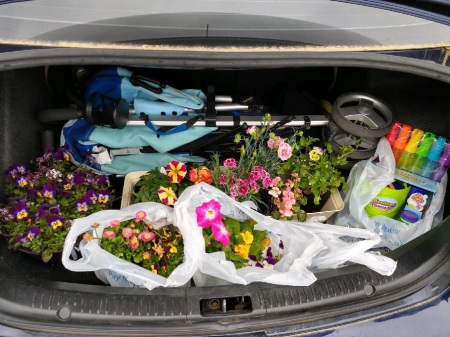 GRAMMY NOTES: Mental Health Fix for Mascot Mama. Dearest has been working hard on our yard as well. Last night, he got up in the middle of our movie to peer out the window. He said, “I just needed to look at why I am so tired.” 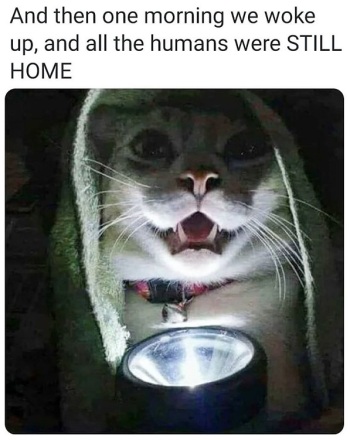