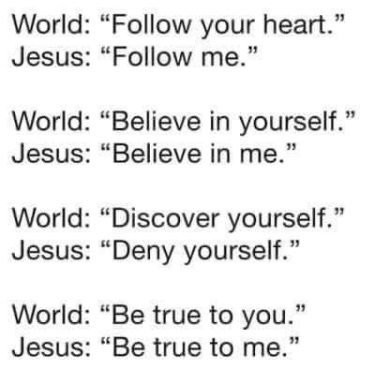 CHINA: [3:40] – In China, people get railroaded and jailed for criticizing Communists.

In the U.S., people get railroaded and jailed for criticizing Democrats.

Click on The Federalist link below for “a timeline of the key moments and news articles of the efforts, per Obama’s direction, to prevent the Trump administration from learning about the FBI’s operation against it.” 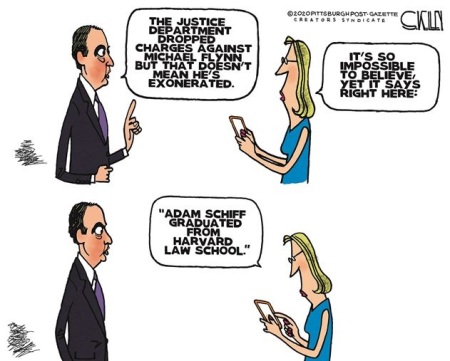 Never mind that previously suppressed evidence proves Flynn was set up by corrupt members of the FBI who hated him, that the DOJ’s prosecution of him was malicious, and that his legal team helped the DOJ pressure him to plead guilty for something they knew he did not do.

In a third incident, Rep. Jerry Nadler (D-NY-10) tweeted, “This is outrageous! Flynn PLEADED GUILTY to lying to investigators. The evidence against him is overwhelming. Now, a politicized DOJ is dropping the case. The decision to overrule the special counsel is without precedent and warrants an immediate explanation…Due to the ongoing COVID-19 emergency, I worked with DOJ to postpone our scheduled hearing with AG Barr as attentions and resources appropriately went to responding to the pandemic. But rest assured, we are going to reschedule that hearing, ASAP, and demand answers!”

MYTH: “The evidence against him is overwhelming.” FACT: The judge dismissed the case “with prejudice.” Even I know that is really bad and I never went to law school at all.

In a fourth incident, former lawyer Barack Obama reportedly told former members of his administration that the DOJ letting Flynn off the hook threatens the rule of law.

Yeah, no. Barack Obama, who never forgets a grudge, very likely had an oversight role in the attempt to destroy Michael Flynn’s life because he had opposed Obama’s policies.

These people and all the other scum shrieking about Flynn’s exoneration would do well to review John Solomon’s list of the 12 revelations that unraveled the case. See “Just The News” link below.

FARKAS: [1:47] – From 2012 through 2015, Evelyn Farkas served in the Obama administration as Deputy Assistant Secretary of Defense for Russia, Ukraine, and Eurasia.

On March 2, 2017, she appeared on MSNBC talking about how she had urged intelligence community bureaucrats to disseminate within the government and leak to media any incriminating information they had about Trump or his aides before Trump took office.

“I had a fear that somehow that information would disappear … [that] it would be hidden away [by Trump’s people],” Farkas said to Mika Brzezinski.

She also claimed that administration officials appointed by Trump might even destroy evidence of alleged collusion if they “found out how we knew what we knew about the Trump staff’s dealing with Russians.”

“Not enough was coming out into the open and I knew there was more,” Farkas claimed.

Because of the recently released transcripts, we now know that, less than four months later, on June 26, 2017, this same Farkas told the House Permanent Select Committee on Intelligence, under oath and behind closed doors, that she didn’t know anything.

REP. GOWDY: “Why don’t we go back to that sentence that I just asked you about. It says ‘the Trump folks, if they found out how we knew what we knew about their staff dealing with Russians. Well, how would you know what the U.S. government knew at that point? You didn’t work for it, did you?”

FARKAS: “I didn’t,” said Farkas, a former mid-level Russia analyst who had left the federal government in 2015.

GOWDY: “Then how did you know?”

FARKAS: “I didn’t know anything.”

GOWDY: “So when you say, ‘We knew,’ the reality is you knew nothing.”

GOWDY: “So when you say ‘knew,’ what you really meant was felt?”

GOWDY: “You didn’t know anything?”

Farkas, a Democrat, is currently running for Congress in New York’s 17th district.

FLYNN: In late May of 2018, Trey Gowdy went on Martha MacCallum’s show said that the FBI had acted properly in interviewing and pursuing the prosecution of Mike Flynn.

We now know that wasn’t even remotely true and Rep. Matt Gaetz (R-FL) is furious.

“When Nunes and Meadows and Jordan and I wanted subpoena power, it was Paul Ryan and Trey Gowdy that wouldn’t give us that subpoena power. … [When we] could have run this to ground in 2017, we didn’t send out one single subpoena, not one, and that’s a failure of our Republican leadership!” Gaetz concluded.

In the latter half of 2017, Rep. Trey Gowdy (R-SC-4) was Chairman of the House Oversight Committee and Rep. Paul Ryan (R-WI-1) was Speaker of the House.

Even post-presidency, coverage of Obama continues to be predominantly positive with, for example, networks still referring to him as “President Obama” while sneering at Trump’s policies as “Trumpian.”

The screen would go black, the video feed was either garbled or off entirely, and the guests were awkward and painfully delayed.

Forty minutes in, Biden finally appeared, propped against a wall, not moving and donning aviator sunglasses, asking, “Did they introduce me? Am I on?“

And while Biden was talking, he twice confused Personal Protective Equipment (PPE) with the Paycheck Protection Program (PPP).

SLOW JOE: Click to see Australian media mock Joe Biden. “Can you imagine that man in a presidential debate with Donald Trump? There’s not enough popcorn in the world!”

CORRUPTO-JOE: [2:47] – Sen. Rand Paul (R-Ky.) says it’s necessary that Hunter Biden’s business activities in China and Ukraine be investigated. He has said President Obama was probably aware of the allegations of corruption at the time they first arose. 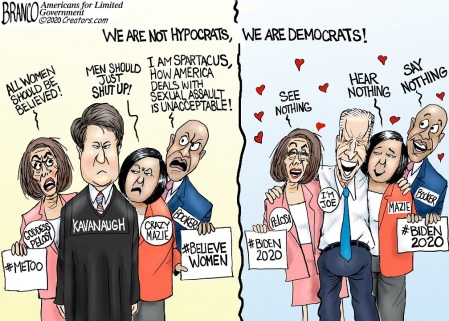 TARA READE: A 1996 divorce court filing has come to light, proving that Tara Reade had been deeply traumatized by sexual harassment during the time she worked as an aide to then-Senator Biden. In the filing, Reade’s soon-to-be ex-husband doesn’t say who did what to her, but cited it as a significant factor in the destruction of their relationship. 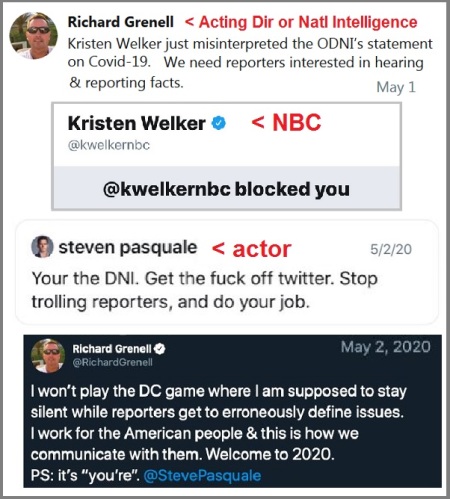 GRENELL: Richard Grenell, Trump’s Acting DNI, was the guy who forced Adam Schiff to finally release the transcripts that prove just what a dirty liar Adam Schiff is.

Grenell’s actions also put us squarely into the land of “what did the president know and when did he know it.” The scandal will undoubtedly make Watergate look like small potatoes.

Re: Graphic – Grenell has clearly learned a thing or two about using Twitter to get the truth out. The Intelligence Community (IC) statement was issued on April 30, 2020. It says,

“As we do in all crises, the Community’s experts respond by surging resources and producing critical intelligence on issues vital to U.S. national security. The IC will continue to rigorously examine emerging information and intelligence to determine whether the outbreak began through contact with infected animals or if it was the result of an accident at a laboratory in Wuhan.”

I looked at Welker’s twitter feed to find whatever it was she said about the IC report that Grenell objected to, but it apparently has been deleted.

RELIGIOUS FREEDOM: Several pastors ministering to Romanian Christian congregations in the Chicago area have told Democratic Illinois Gov. J. B. Pritzker that they will be defying an executive order limiting religious gatherings to only 10 people and are unafraid to take the issue to court.

In their letter, they emphasized that many Romanians now living in the Chicago area fled “communist oppression” in their Eastern European home country, targeting “religious gatherings, houses of worship and communal exercise of their religion and faith.”

In Kentucky, Tabernacle Baptist Church of Nicholasville is bringing a lawsuit against Democrat Gov. Andy Beshear demanding the restoration of their freedom to assemble for in-person religious services. The suit follows another lawsuit by Maryville Baptist Church in Bullitt County.

GRAMMY NOTES: Mama Buzz asked for gardening for Mother’s Day. She says the kids helped pull weeds for a while, then got distracted with just playing in the dirt LOL. Daddy Buzz, however, did all this! What a champ. 🙂 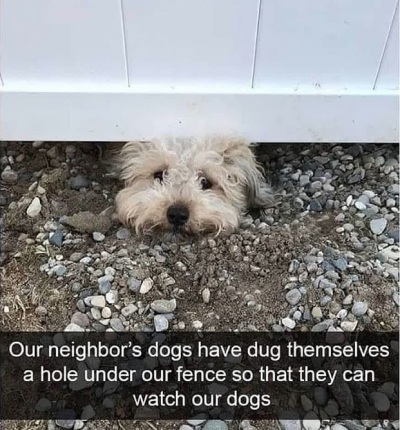