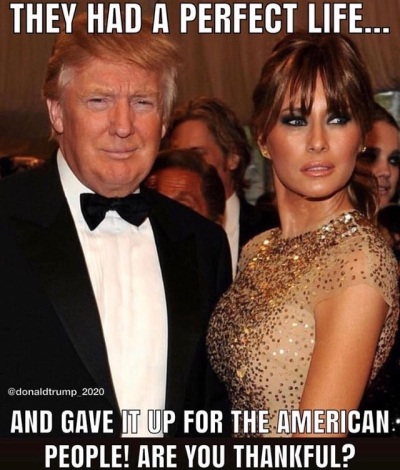 I just saw a piece with the headline, “We’ve been had“, that was based on information about COVID-19 infection rates that was obtained during the past few DAYS.

Twenty-twenty hindsight is grand, isn’t it?

It’s also donkey doo and I for one am getting really sick of seeing and hearing this kind of crap from armchair pundits who think they’ve got any right to sneer at the decisions that were made by President Trump and his Task Force.

These people are smarter, better educated, and more experienced in their various fields than any pundit alive. AND they all had to make life and death decisions with far less information then than any of us has now.

Working together, as a team, they made sure that our death rate was far below any model’s projections. They made sure that in record time, we developed, built, tested, licensed, manufactured, and shipped what was needed so that no American went without a hospital bed or a ventilator or a physician or a nurse or a respiratory therapist or PPEs or medicines. Because of all their efforts, we already have multiple tests for a brand new disease and we already have multiple treatments and vaccines being tested for safety and efficacy.

What the HELL ELSE could anyone possibly want?!

I’m really sick of hearing we were told that the hospitals would be overwhelmed and there would be massive deaths, but then there weren’t so obviously we never needed to close down in the first place.

In a saner, kinder world, everyone would be congratulating Trump and his Task Force for their excellent leadership during an entirely unprecedented international crisis.

This is the first time since 1918 that we’ve had a virulent, highly contagious, respiratory illness with high morbidity and high mortality sweep the globe. At that time, the world population was 1.6 billion; the Spanish Flu killed between 50 and 100 million people worldwide. Today, the world population is 7.8 billion and we have high speed air travel connecting every part of the globe with every other part of the globe. Do the math.

When Trump took office, the state and federal ability to respond to a major new disease was PATHETIC. Obama had depleted the federal stockpile and not bothered to replenish it; California’s governor got rid of theirs altogether, saying it was silly; and Gov. Cuomo declined to put the money into New York’s that his health advisers said it needed, saying if the worst happened, doctors could ration supplies and let the sickest die.

I’m reminded so strongly of the end of the Tom Hanks movie, Sully, about the pilot who successfully landed his crippled airliner on the Hudson River. During the hearing about potential pilot error, it was demonstrated that he could have made it to the nearest airport.

He asked the two pilots who ran the simulation, “How many times did you crash that simulation before you figured out how to turn and glide to that airport?”

“We never simulated a double bird strike on take off, because nobody thought it would ever happen. I had seconds to figure out what had happened to my aircraft and decide what to do. Yes, we lost the plane. But every single person onboard survived.”

Trying to condemn Trump and the Task Force for not “saving the plane” is just the same. In fact, the only reason the armchair pundits have all the information they do have now is because of the excellent public-private partnerships that Donald J. Trump organized.

Dan Bongino is always saying we shouldn’t make any politician into a golden calf. I agree. But I also think we have a moral duty to give credit where credit is due. And I think Donald J. Trump is due a lot.

As you know, I’ve listened to many of the Task Force briefings in full. I have heard him say these things many times.

“The Task Force has done an amazing job.”

“I built the economy once. I’ll do it again.”

“Our great American people will get through this.”

4 responses to “FOG OF WAR”