UNITED NATIONS: On Feb 12, 2020, the United Nations published a list of 112 Jewish businesses to boycott.

“Whoever boycotts us will be boycotted,” Prime Minister Benjamin Netanyahu said in response.

Trump also says he wants victims of illegal alien crimes to be allowed to sue these city and state governments for releasing the people who harmed them.

DRAINING THE SWAMP: Matt Whitaker [7:59] – Two people commit the same bad action; the Republican, Trump supporter get sentenced to years in jail, while the Democrat isn’t even indicted.

The article below by Christian Adams is worth reading. “The Scales of Justice come in two versions, one for Democrats and one for Trump. And Lucy Liu is one of the perpetrators, which is why President Trump has yanked her nomination to a Treasury Department post.” Read about it. 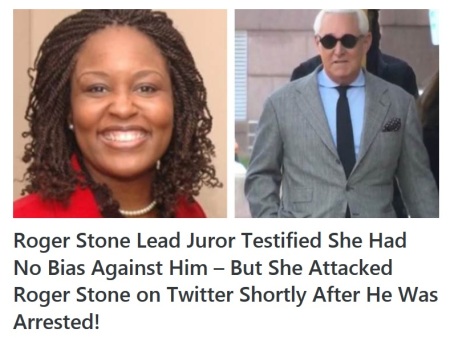 ROGER STONE: He deserves a new trial – During voir dire, Obama-appointed Judge Amy Berman Jackson agreed with prosecutors that a potential juror had to go because she had played a small role in Ronald Reagan’s campaign … nearly three decades ago.

The judge proclaimed that politics would not be allowed in her courtroom.

But when the defense expressed concern about political bias from a potential juror who had served in a high-level communications role within President Barack Obama’s administration, Judge Berman laughed it off.

According to Gateway Pundit, not one single Republican was allowed on the jury.

And even though two members of the jury (including the foreperson) have outed themselves as rabid anti-Trumpers, Judge Berman has denied Roger Stone’s request for a new trial.

I’m thinking maybe that decision should not rest with the same corrupt judge that ran the corrupt trial, kwim?

SENATE: Senator Marsha Blackburn (R-TN) announced on a conference call Wednesday that she was proposing a bill to block grant funding from the Department of Justice for local law enforcement in states with sanctuary policies that allow illegal immigrants to receive drivers’ licenses.

It’s a great idea, but it’ll never pass unless we re-elect Trump and flip the House to GOP majority.

HOLLYWEIRD: Of course, he’s talking about Adolf Trump, who is apparently rounding up people by the millions for tweets he doesn’t like … not about the DC swamp that has sentenced Trump-associate Roger Stone to prison while refusing to even indict Democrat-honey Andrew McCabe, for the exact same thing.

ABORTION EXTREMISM: The Senate will soon vote on two major pro-life bills, one to ban late-term abortions on babies capable of feeling excruciating pain during abortions and the other the Born Alive Infant Protection bill that would protect babies who survive abortions.

Bernie Sanders and Amy Klobuchar are opposed to both of them. 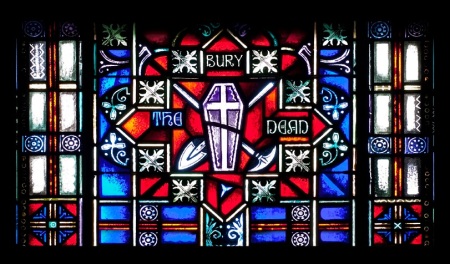 RESPECT LIFE: Bury the dead – The 2,411 aborted babies whose remains were found on the property of deceased abortionist Ulrich Kloper have been laid to rest as a group. They were too badly decomposed to identify.

Rep. Jackie Walorski (R-IN) led the House of Representatives in a moment of silence for the babies.

“Such callous disregard for human life should shake us to the core. These children deserved justice and dignity. Madam Speaker, I ask my colleagues to join me in observing a moment of silence for the thousands of innocent victims that were laid to rest yesterday.”

Klopfer ran three different abortuaries in Indiana and performed over 30,000 abortions between 1974 and when his medical license was suspended in 2016. Nobody knows why he kept these particular babies in his garage and car.

MARRIAGE: A recent episode of the popular HGTV show “House Hunters” featured a “throuple” searching for a home. Apparently, Brian and Lori were already legally married when they met Geli at a bar, then apparently fell in love with her. They all exchanged vows in a “commitment ceremony” which was attended by Brian and Lori’s two children.

Normalizing polygamy is the obvious next step in the Left’s ultimate plan to destroy marriage altogether.

“The Spirit clearly says that in later times some will abandon the faith and follow deceiving spirits and things taught by demons. Such teachings come through hypocritical liars, whose consciences have been seared as with a hot iron. They forbid people to marry ...” 1 Tim 4:1-3 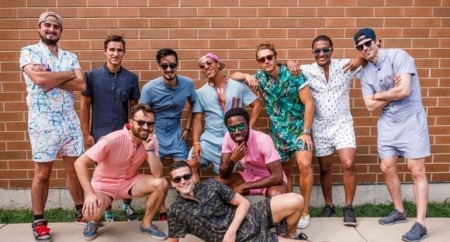 WHO WOULDA THUNK: RompHim, the company that tried to market an adult-sized romper that looked like a baby’s onesie for grown men to wear, has gone out of business.

The adult male public’s lack of interest in being treated like infants does not bode well for the Democrats’ election chances.