IMPEACHMENT: [4:00] – Mark Steyn deserves a medal and a long vacation for having actually watched it all.

END_OF_DOCUMENT_TOKEN_TO_BE_REPLACED

From After the Abortion photographer, Angela Forker:

I have to share an amazing story with you!

I decided to order a mounted print of every photo I’ve done so far for my After the Abortion photography series. I often order these mounted prints as they can be perfectly stored in a box or can stand alone on an easel. Anyway…the company I order these through makes these prints in China. They usually come to me in perfect condition, but for this order, ALL of these photos came to me COVERED IN FINGERPRINTS. At first I was annoyed. This had never happened before!

But then I realized the significance of all those fingerprints. These compelling photos of post-abortive women (and men) made their way into a country controlled by censorship and forced abortions. Many hands touched each one of these photos that show the suffering of post-abortive women. But most all…the healing that they have found in Jesus!

It absolutely brings tears to my eyes! I find myself praying for them–and for anyone else who comes upon these photos and stories one way or another. God works in mysterious ways. He will reach whoever He wants to reach by any means possible. May He cause these photos and stories to reach the hurting and the hungry. May His anointing be upon them. And may He use them to touch many lives!

END_OF_DOCUMENT_TOKEN_TO_BE_REPLACED

Comments Off on Amazing!

Something to Make You Go “Hmmm”

Not that long ago, I would have automatically dismissed this as tin foil hat stuff. Now, not so much. I have no idea if this is legit. But these people are destroying the Democratic Party with their insanity, which suggests they are frantically covering up some seriously bad stuff. So maybe this is true. 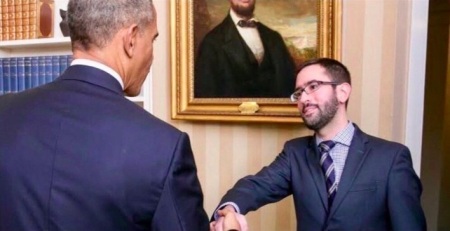 Edited and simplified from the Twitter thread linked below:

In Feb 2014, there was a violent coup d’etat in Ukraine. During a protest in the main square of the capital, Kiev, 100 people were shot and killed by snipers at the windows of tall buildings.

These snipers were hired by the CIA, on orders from President Obama, to help trigger the coup in Ukraine.

The person who was assigned the task of organizing the snipers was the Ukraine “whistleblower” Eric Ciaramella, who was Brennan’s CIA point man in Ukraine in 2014. Ciaramella speaks both Ukrainian and Russian fluently.

END_OF_DOCUMENT_TOKEN_TO_BE_REPLACED

No Guns for Negroes

“No Guns for Negroes” exposes the racist history behind American gun control laws. The 1968 Gun Control Act was built on a translation of a Nazi law to disarm undesireables.

Comments Off on No Guns for Negroes