Comments Off on Giuliani: MUST WATCH

Amazon reviews are a great way to research whether to click that buy button, but they can be entertaining as well. 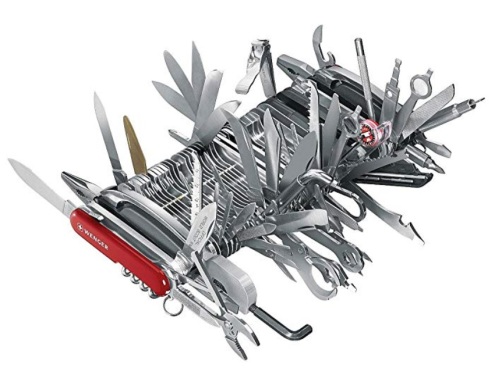 Wenger 16999 Swiss Army Knife: “I tried to file my nails, but in the process I accidentally fixed a small engine that was nearby. Which was nice.” END_OF_DOCUMENT_TOKEN_TO_BE_REPLACED

SATIRE: In a troubling turn of events for the Trump legal team, US Representative Adam Schiff is making a strong case for impeachment with super secret evidence that he says he “hasn’t even made up yet.”

Schiff led the impeachment fight in the House of Representatives with witnesses that didn’t witness anything and other secret evidence that wasn’t presented. Now, he says that he has evidence so damning that he can’t even think of what it could be.

“During this trial,” Schiff said in a press conference, “we will begin to see that there is absolutely no reason for President Trump to be in office still. I mean the evidence that I haven’t made up yet is so bad, it makes me shudder to think about it. I don’t even know if I’ll be able to present it in the Senate it’s so bad.”

Harvard Professor Emeritus Alan Dershowitz, who will argue the unconstitutionality of the charges before the U.S. Senate impeachment trial, said that Schiff needs to release the evidence that he hasn’t made up yet.

“He needs to get on with it. You can’t just leave everyone hanging. If you’re going to make up evidence, let’s get it done,” Dershowitz said.

Comments Off on Trump’s in Big Trouble Now! 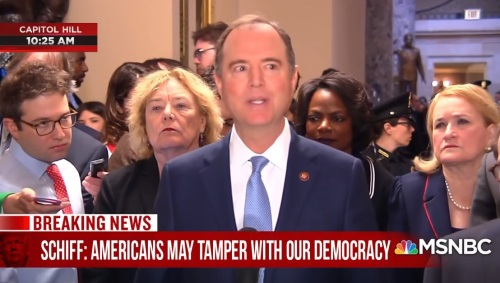 [SATIRE] In his opening statement at Trump’s impeachment trial, Rep. Adam Schiff reminded the Senate of their solemn duty and the gravity of just what it is they will be discussing at the trial.

Schiff warned that if Trump is not impeached, the American people may have a chance to tamper with the next election.

“If President Trump is not impeached, the American people might get a say in who is president,” Schiff said gravely. “We simply can’t allow that to happen. We must diligently defend our electoral process against electoral outcomes we do not like. If that means seizing power through a sham impeachment trial, so be it.”

“When the Founders wrote that founding document thing, they never imagined there would be electoral outcomes that Democrats did not agree with.”

Democrats also said they even have hard evidence that the 2016 election was compromised by Republicans voting for Trump.

“We know this horrible outcome could happen, because it’s already happened once before.”

Comments Off on Babylon Bee

MARY: “Let those who think that the Church pays too much attention to Mary give heed to the fact that Our Blessed Lord Himself gave ten times as much of His life to her as He gave to His Apostles.” – Blessed Fulton Sheen

END_OF_DOCUMENT_TOKEN_TO_BE_REPLACED 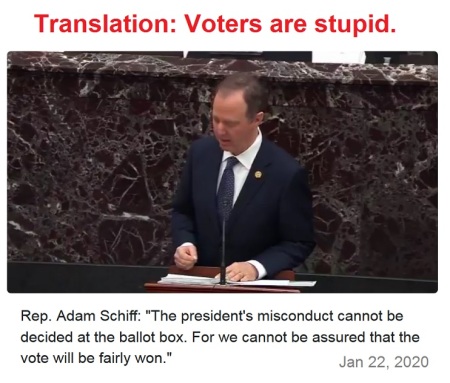