REPUBLICAN: President Trump is the most anti-abortion president we’ve ever had. 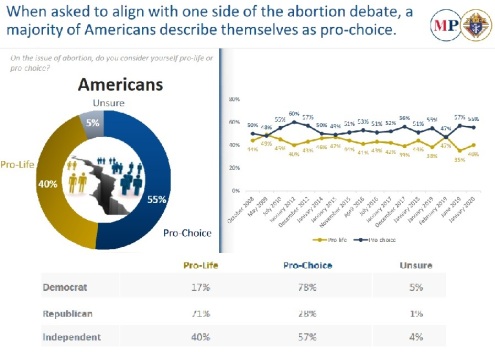 The poll also demonstrated how useless the terms pro-choice and pro-life are.

Methodology – 1,237 adults 18+ years old, residing in the contiguous USA, contacted via landline or mobile phone. Of these, 1,070 were registered voters. Survey questions were available in English or Spanish. MOE: ±4.0.

Comments Off on Latest Abortion Poll