PROTEST: [3:58] – Pelosi’s Democrats refuse to even allow a VOTE on a bill to protect children who are born alive. Republicans have brought it up more than 70 times!

On the anniversary of the passing of Roe v. Wade, pro-lifers protested at Pelosi’s office wearing purple sashes to symbolize solidarity with the women who fought to gain the right to vote, who wore purple sashes as well. 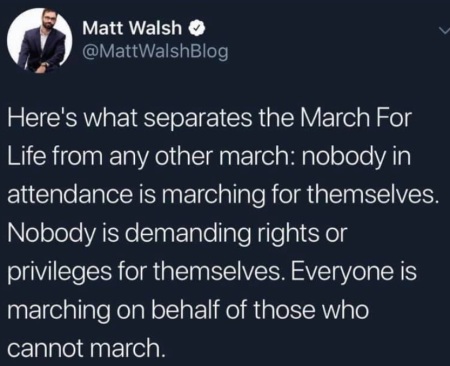 MARCH FOR LIFE: Tomorrow, President Trump will be the first president ever to deliver an in-person speech at the March for Life!

Last year, Vice President Mike Pence made a surprise appearance at the march before roughly 100,000 attendees, while President Trump delivered a message of support via live video feed.

The TDSing media is going to have a tough time ignoring Trump’s speech.

Dear Lord, Please bless those who watch the coverage with the graces they need to truly hear President Trump’s words, be astonished at the size of the crowd, and question deeply the wisdom of their cultural indoctrination about the unspeakable crime of abortion. Amen.

Jay Sekulow, one of the lawyers leading President Donald Trump’s defense in the Senate impeachment trial, attacked the Democrats’ arguments against executive privilege by quoting something lead manager Adam Schiff wrote in 2012 about the Fast and Furious investigation. “The White House assertion of privilege is backed by decades of precedent that has recognized the need for the president and his senior advisers to receive candid advice and information from their top aides.”

Senate Majority Leader Mitch McConnell (R-Ky.) allowed for some changes to the rules, including allowing House managers and the Trump legal team to make their respective cases in three days instead of two.

The Senate voted 53-47 to reject Chuck Schumer’s proposed amendment that would have allowed the Senate to subpoena White House records during the impeachment trial. The vote was split along party lines. 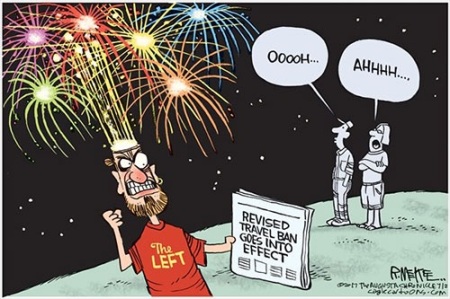 TRAVEL BAN: The Trump administration will add seven countries to its travel ban list: Belarus, Eritrea, Kyrgyzstan, Myanmar, Nigeria, Sudan, and Tanzania. The current ban on eight countries was upheld by the Supreme Court in 2018.

In other Virginia Sucks news, the radical, anti-Second Amendment Dems are making a play to squash the First Amendment as well. A bill now moving through the VA legislature would allow prosecution of anyone who criticizes the Governor, Governor-elect, Lieutenant Governor, Lieutenant Governor-elect, Attorney General, or Attorney General-elect, a member or employee of the General Assembly, a justice of the Supreme Court of Virginia, or a judge of the Court of Appeals of Virginia.

MISSOURI: Kim Gardner, the St. Louis Circuit Attorney, whose campaign was funded by George Soros, will be deposed soon by Special Prosecutor Gerard Carmody.  Sources indicate she will likely plead the Fifth.

In 2018, Gardner charged Governor Eric Greitens with a crime for which she had zero actual evidence. (Sound familiar?) After dragging his name through the mud, delivering $120,000 to witnesses who made false accusations, and forcing the governor to spend millions on lawyers, she dropped the case. 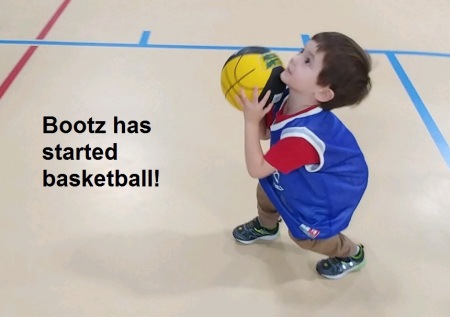 GRAMMY NOTES: I was struck by the “He always says yes” aspect of this verse.

“If any of you lacks wisdom, you should ask God, who gives generously to all without finding fault, and it will be given to you.” – James 1:5

Most things we pray for, it’s “if it be Your will.” But I’ve noticed though that when I ask, “How do you want me to deal with this?“, I get swift, clear answers.

At the other end of the spectrum is whiny, “Why is this happening to me?!” prayers. Answers to those have been rare. I have gotten some, but mostly they have been delayed by decades … until I could finally look back and see the blessings that came out of the hard thing.

OLDIE BUT GOODIE: [3:05] – You’ve maybe seen this one before, but it is worth revisiting.