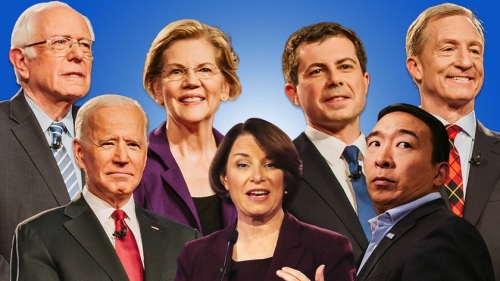 The Guardian said, “There were no clear winners.”

The New York Post says “Buttigieg took the brunt of the night’s broadsides,” but “smaller skirmishes were the norm in what proved to be the cycle’s most action-packed debate following a series of snoozers.”

The National Examiner said, “When Democratic presidential candidates were offered the chance to weigh in on Middle East policy during Thursday night’s debate, they spent their time attacking Israel and Prime Minister Benjamin Netanyahu. But at no point did any of the candidates think to mention Palestinian terrorism.”

IMPEACHMENT: [7:11] – Chairman of the Senate Judiciary Committee, Senator Lindsey Graham, discusses how he plans to handle the trial.

TRUMP: [8:27] – Donald Trump is not the person the media and the Democrats say he is. Please watch and share this!