BORDER: Trump’s policies are working – U.S. Customs and Border Protection said Monday that 33,510 people were arrested after illegally crossing the border in November, marking the sixth straight monthly decline since May, when 132,000 such apprehensions marked a 13-year high.

Don’t hold your breath waiting for cheers of approval from the Democrats like AOC who grandstanded at overcrowded shelters last spring. They’re quick to criticize Trump, but can’t seem to ever give credit where credit is very much due.

IG REPORT: It’s finally out [1:39] – The DOJ’s Inspector General has finally issued his report on the FBI’s handling of the Russia probe.

The report concluded that the FBI was justified in using information from a former British spy named Christopher Steele, but that the agency should have more aggressively reassessed his reliability after receiving information contradicting some of his claims.

Expect the Democrats to make a big deal out of these conclusions:

We’ll hear less about the large number of “basic and fundamental errors” that “were made by three separate, hand-picked teams.”

AG Barr made a scathing statement strongly disagreeing with the conclusions. Remember, dear readers, I told you last week something Dan Bongino pointed out, which is that the on-going CRIMINAL investigation into the origins of Spygate by AG Barr’s guy, John Durham, is far more extensive than the IG’s PROCEDURAL investigation into the FBI’s handling of the Russia probe.

And the Durham investigation isn’t over yet.

IMPEACHMENT: Dec 9, 2019 House Judiciary Committee [4:10] – Republicans on the committee demanded to know why Chairman Nadler has not scheduled a day for the minority hearings.

Nadler refused to even acknowledge the question, insisting it wasn’t being asked at the proper time. 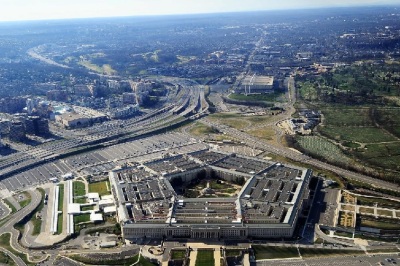 Instead of sending a reporter to the Ukraine to interview key players in the impeachment inquiry (like One America News did), they put their efforts into scouring photo archives for pictures of presidential condiment dispensers.

My Big Thought about this was that it was probably a swamp set-up. I mean, seriously … the President of the United States does NOT set the freakin’ table!

However, I absolutely would NOT put it past someone who hates him or who wanted a pay off from the Slime Stream Media to set him up with the bigger salt shakers precisely so some FAKE NEWS outlet could do a big “exposé” about it.

BOOK RECOMMENDATION: [5:27] – This Christmas, if you’ve got kids or grandkids or want to donate a book in memory of a loved one, you can hardly go wrong with this.

It’s delightful … and so is Kimmel’s daughter! LOL Plus, all the profits go to benefit children’s hospitals around the country.