IMPEACHMENT: There’s no there there. [2:38] – “This is criminalizing policy differences.” “This is good for Trump.”

DEMOCRAT HYPOCRISY: [:25] – Well, now I get why Nadler wears his belt up by his boobs. It’s not because he so admires Michelle Obama’s fashion sense. It’s just because he never bought new pants after he lost all that weight.

VOTER SUPPRESSION: Prager University [5:28] – It’s an article of faith for Democrat losers that voter ID laws suppress minority voting. The only problem with this is that it’s not true.

FAUXCAHONTAS: Elizabeth Warren has vowed that, if she should win the 2020 presidential election, she will signal her solidarity with abortion-on-demand by wearing a pink Planned Parenthood scarf on inauguration day.

SLOW JOE: According to Politico, former President Barack Obama says some of the 2020 Democratic candidates lack a connection with voters. “And you know who really doesn’t have it? Joe Biden.”

Biden responded to Obama’s comments, telling Politico, “He may have said that. And if it’s true, and he said it, there’s truth to it.”

Is there still truth to it even if Barack the First did not say it? 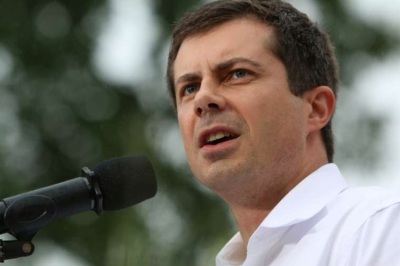 BOOTY JUDGE: In a recent interview with Rolling Stone, Mayor Pete displayed his deep and abiding ignorance of Christianity. Like the other Democratic Demo-nomi-wannabees, he thinks the since-forever teachings of the church are subject to his personal opinion.

He’s also running an ad that opens with a clip of him saying, “In our White House, you won’t have to shake your head and ask yourself: What ever happened to ‘I was hungry and you fed me; I was a stranger and you welcomed me’,” a reference to Matthew 25:35.

Then he stresses a need to “unify the American people,” saying that unification “doesn’t mean pretending that we’re all the same. It means unifying around issues from wages and family leave to gun violence and immigration. The hope of an American experience defined not by exclusion, but by belonging.”

Unifying around “issues” … unless you happen to disagree with his policies regarding those issues, in which case you’re a dirty sinner.

KAMALA: She’s out [1:25] – Democratic presidential hopeful Sen. Kamala Harris, who plunged in the polls amid internal strife in her campaign, dropped out of the 2020 presidential election Tuesday after canceling a major New York City fundraiser.

The disarray inside Harris’ campaign was laid excruciatingly bare in a resignation letter from Kelly Mehlenbacher, the outgoing state operations director, who complained that staffers were being treated appallingly and top officials provided little direction on policy and lacked a viable plan to win the election.

“This is my third presidential campaign and I have never seen an organization treat its staff so poorly,” Mehlenbacher wrote in the Nov. 11 letter obtained by the New York Times.

Wait, wut? Did we even know he was running? 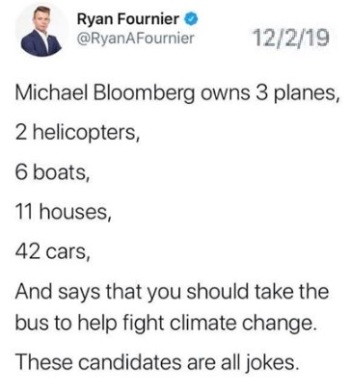 BLOOMBERG: “As president, Mike will ensure the federal government leads an ambitious agenda to accelerate the U.S. toward a clean energy economy.” – Yeah, Obama tried that.

Read about Solyndra to see how well it (didn’t) worked.