WISDOM: Absolutely MUST WATCH [10:21] – “I have four degrees. My brother is a judge. We’re not the smartest one in our family. Our 3d grade drop-out dad is.” “Ego is the anesthesia that deadens the pain of stupidity.”

TRUMP VISIT: 13 hour flight to show up unannounced in Bagram, Afghanistan [4:09, :59] – “We did not feel the love with Obama that we get from Trump.” No kidding.

BORDER: [2:45] – “I haven’t seen a single poor person coming across the border.” “I came here because I owed money and you can’t make a lot of money in Honduras.” 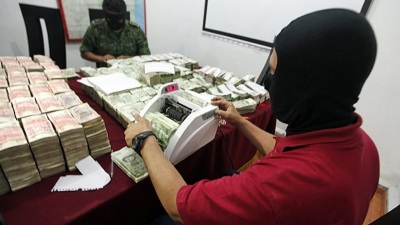 DRUG CARTELS: U.S. President Donald Trump said he will designate Mexican drug cartels as terrorist groups for their role in trafficking narcotics and people, prompting a speedy request for talks by Mexico.

“I have been working on that for the last 90 days. You know, designation is not that easy, you have to go through a process, and we are well into that process.”

Soon afterwards, Mexico’s foreign ministry issued a statement saying it would quickly seek a high-level meeting with U.S. State Department officials to address the legal designation as well as the flow of arms and money to organized crime.

BURISMA: [5:13] – OAN reports on the corrupt oligarch who paid Hunter Biden millions to be “on the board”, which apparently was code for “give us access to the White House.”

MEDIA MALPRACTICE: As two white women left a New York City bar in the early morning hours last weekend, they were jumped and beaten to the ground by a group of 10 to 15 people yelling “white motherf—ers,” “dirty white b—-es” and “f—k those white b—-es and their money.”

The incident has received almost no national coverage, because the Left doesn’t actually abhor racial violence in general or care about the safety of women in particular. They only care about advancing their anti-American agenda.

CNN: Adding SLANDER to the FAKE NEWS – CNN’s National Affairs Correspondent, Joan Walsh, dedicated a whole Twitter thread to slamming the Trumps for their body language, words, and clothing on the day POTUS gave Conan a medal. The tweet above was her “apology” to those who were offended.

CATHOLIC CUSTOM: I am sitting here working on this and heard a siren, so immediately stopped to say a Hail Mary. I thought I’d mention this for those who don’t know about this lovely Catholic custom. I had friends who went to Catholic school. The entire class would stop and pray for every siren.

GRAMMY NOTES: I love our Warrior Princess’ description of Thanksgiving: “A sweet and cozy time of thanking the Lord and counting your blessings.” One of these many, many blessings is that we have good people among us who will work so we can celebrate in peace. 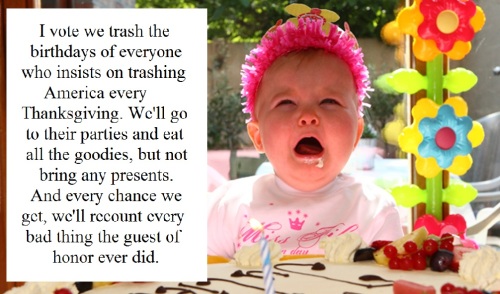