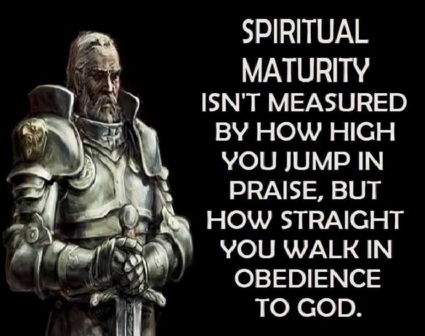 SAM HOUSTON and THE ALAMO AVENGERS: By Brian Kilmeade [6:28] – I gotta read this!

IMPEACHMENT: About the second day testimony of former U.S. Ambassador to Ukraine, Marie Yovanovitch – The Democrats on the committee waxed rhapsodic about her service to her country and decried Trump’s “unfair” dismissal of her. But ambassadors serve at the pleasure of the sitting president. When Obama became president, he fired every Bush appointee. And Yovanovitch is no saint.

Earlier this year, John Solomon reported Ukrainian Prosecutor General Yuriy Lutsenko’s claim that the first time he had met the pompous ambassador, she had handed him a “do not prosecute” list .. like it’s anybody’s business who he prosecutes. We now know that Hunter Biden and Burisma were on that list.

Lutsenko also told Solomon that Yovanovitch had promised him $4 million to help finance Ukraine’s anti-corruption efforts, but that the money was never delivered.

And Rep. Pete Sessions wrote to the House Rules Committee claiming he had proof of Yovanovitch’s “disdain for the Trump administration.”

Yovanovitch contributed nothing to the Democrats’ case against Trump. Trump fired her before the famous phone call ever happened. Like Shifty Schift’s other “bombshell” witnesses, the things she thought she knew were all based on gossip. Here’s a sample of her testimony.

Rep. Chris Stewart (R-UT): Do you have any information regarding POTUS accepting bribes?

Stewart: Do you have any evidence of any criminal activity from POTUS?

Democrats’ investigations into Trump and the subpoenas related to them are meant to “incapacitate” his presidency, the top Justice Department official said Friday in a scathing address to the conservative Federalist Society.

“I am concerned that the deck has become stacked against [the president],” Barr said. “In recent years, both the legislative and judicial branches have been responsible for encroaching on the presidency’s constitutional authority.”

IMPEACHMENT: Greg Gutfeld goes “Up Schiff’s Creek” [8:02] – Includes Schiff impersonator clips. (Thankfully, this is just Greg being funny-snarky, so no “The Five” with obnoxious Juan.)

JUSTICE: Hoda Muthana is an American-born woman who traveled to Syria to join ISIS. She’s sorry now and wants to come home.

Yeah, no. U.S. District Court Judge Reggie Walton ruled Thursday that she is no longer a citizen.

Lorance was released from Leavenworth on Friday after serving six years of his original 19 year sentence for ordering his soldiers to kill men he believed to be Taliban warriors.

Golsteyn was charged with premeditated murder in the 2010 death of a suspected Taliban bomb maker. His trial was scheduled to begin next month.

Gallagher, a 15-year SEAL, was found not guilty of murdering an ISIS fighter in Iraq in 2017, but was convicted in July of posing for a photo.

The President, as Commander in Chief, is part of the Military Justice system and has authority to intervene in these situations.

CALIFORNICATION: Where you can pee in public, but not eat a sandwich while waiting for the train [6:22] – I have long said that God picked up the United States by New England, gave it a good shake, and all the nuts and berries rolled into California.

Re: Quilty – I had a cat once who could’ve give Quilty a run for his money. Nathan’s finest moment was when he figured out how to open the toaster oven to liberate the steaks we had in there defrosting. I’ll give him this much; he tossed one of the steaks on the floor for the dogs.

But I still shake my head over how he ever got that thing open. The door had a dangling handle, like on a zipper, that you’d think would require an opposable thumb. And the door was held in place by its own weight, plus two hooks at the top corners. IOW, we had to grasp the handle and push the door in slightly, then lift up, then pull it forward. How could a CAT do that?!

PLANNED PARENTHOOD: They should NOT be involved in our schools in ANY capacity!

TRAGIC: These two fed their kids nothing but raw vegetables – Their 18-month-old son is dead and they are in jail. When he died, the poor baby was the weight of an average 7-month-old. His two older siblings, ages three and five, are also small for their age and have pale, yellowish skin. One of them has blackened teeth caused by dental decay.

The fourth child, an 11-year-old girl, is in better shape, most likely because she visits her biological father in Virginia every two months.

THE HARVEST: Bill Hayden is a famous Australian politician and Australia’s second longest-serving governor-general who made no secret of his atheism. He recently accepted Jesus Christ into his heart and has been baptized into the Catholic Church. 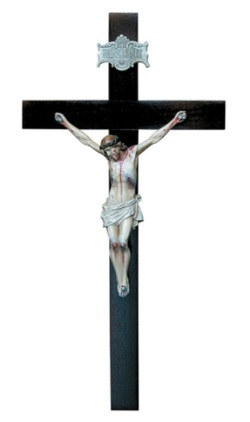 ZERO DIVORCE: In the collective memory of all, there has never been a single divorce among the some 26,000 Croatian Catholics of the city Siroki-Brijeg, Bosnia. This part gave me goosebumps.

During their marriage ceremonies, “the priest blesses the crucifix presented by the bride and groom. He places the bride’s right hand upon the crucifix, then that of the groom upon hers, and covers them with a stole. The couple then makes their vows with their hands clasping the crucifix.”

After the wedding, the crucifix is placed in a place of honor in their homes, showing their profound belief that a family must be born of the cross of Christ. The couple teaches their children to venerate Jesus and his sacrifice. And, in difficult times, the couple prays before their wedding crucifix for strength to endure.

MOVIE: Trailer [2:20] – I AM PATRICK will be in theaters March 17-18. This feature-length docudrama tells the true story of Saint Patrick through historical re-enactments, expert interviews, and Patrick’s own writings.

BOOK RECOMMENDATION: Huckabee interview with Captain Tammie Jo Shults [7:05] – Her faith is inspiring. And her book, Nerves of Steel: How I Followed My Dreams, Earned My Wings, and Faced My Greatest Challenge is also available in a young reader’s version.

GRAMMY NOTES: “My super power is crochet. I make things from strings!” (I saw this line on my Facebook crochet group and had to share.)