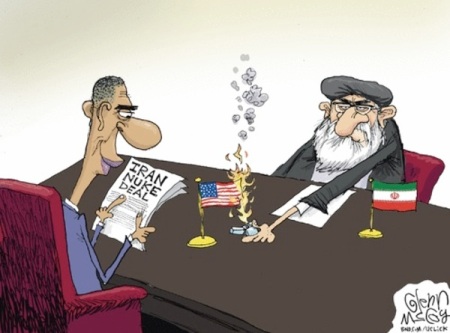 IRAN: Trump’s sanctions are working – Secretary of State Mike Pompeo says the “world’s largest state sponsor of terror is having to make more difficult decisions about their budget.” As a result, terrorist groups like Hezbollah have fewer resources.

IMPEACHMENT: From Betsy McCaughey at the New York Post – “House Speaker Nancy Pelosi insists the impeachment procedures adopted last Thursday are ‘the fairest possible.’ Don’t believe it. In truth, a provision slyly added at the last minute is all but certain to deprive President Trump of the ability to defend himself. Expect a one-sided propaganda circus with Intelligence Committee Chairman Adam Schiff acting as ringmaster. …

“Section F, quietly devised by Judiciary Committee Chair Jerold Nadler, stipulates that unless the president surrenders executive privilege — a power even the Supreme Court has ruled is vital to his office — he and his lawyers will be denied any ability to call or question witnesses.

“House Democrats are behaving like thugs, twisting arms to get what the Constitution does not entitle them to demand.”

IMPEACHMENT: Matthew Whitaker, acting United States Attorney General after Jeff Sessions resigned [5:38] – “The due process rights of this president have been completely ignored.” Schiff “has acted as both prosecutor and judge.” Also the Ukraine whistleblower’s identity and Trump’s fight with New York over his tax returns.

IMPEACHMENT: KT McFarland, former Trump Deputy National Security Adviser [5:33] – Do we have a right to question the Ukraine whistleblower or does he deserve to be protected from retribution? Also, what damage does impeachment do to the nation both at home and abroad?

CLIMATE: On Monday, President Trump began the yearlong process of withdrawing the U.S. from the Paris climate accord.

Also, the Trump EPA is easing excessive Obama-era regulations on the disposal of coal ash.

JUDICIAL NOMINATIONS: While the TDSers obsess about impeachment, the Republican majority Senate continue to confirm Trump’s judicial nominations – He now has 157 appointees sitting on federal benches, more than any recent president at the same point in their presidencies.

Two of them are on the Supreme Court and 43 are on one of the 13 powerful Circuit Courts of Appeals. Significantly, Trump’s appointees have flipped the Third Circuit Court of Appeals from majority Democrat nominated to majority Republican nominated judges, is on the cusp of flipping the Second and the Eleventh, and has made big gains on the notoriously liberal Ninth “Circus” Court of Appeals where there are now 16 Democrat-appointed judges and 12 Republican-appointed judges with one vacancy.

Two examples of how Trump’s appointees are making a difference … Neil Gorsuch cast the deciding vote in the Janus case, which established that all government workers cannot be compelled to pay union fees. And Gorsuch and Kavanaugh joined the other conservatives on the Court in a 5-4 decision allowing construction of the border wall to continue.

PROJECT VERITAS: ABC insider video from August 2019 [7:36] – Good Morning America had all the dirt on Jeffrey Epstein years ago. ABC refused to let them air it.

GOOD GAL WITH GUN: A pregnant Florida woman saved her entire family with her AR-15 [2:49] – AR-15s were designed specifically for civilian use.

THUG LIFE: Trans activists got a birth coach and mother of four booted from her professional organization in the UK for posting on Facebook that only women can have babies.

ANTI-MEME ACT: If this stupid thing passes, it will be too dangerous to use ANY image that you didn’t make yourself. How else could you be certain that the stupid thing was not copyrighted?

40 DAYS FOR LIFE: The largest 40 Days for Life campaign so far ended recently. They have confirmed reports of 454 babies saved from abortion, with reports continuing to come in!

COMMUNISM SUCKS: The Chinese government has demolished the Catholic church in Wu Gao Zhang.  It had been built just a year ago on farmland the parishioners had purchased.

The government said they “had” to destroy the building, because it had been built “without the proper permits.”

The government also offered to provide a piece of land and money for the church to be rebuilt.

They declined to put that in writing.