SYRIA and FAKE NEWS: Trump shuts down reporter’s deceptive question [4:00] – Plus, he has signed an executive order sanctioning Turkish officials, hiking tariffs on Turkish steel up to 50% and “immediately” halting trade negotiations with the country.

TRANSZFORMED: KathyGrace Duncan (the third person in the trailer) is one of nine former transgender individuals who recently filed an amicus brief with the U.S. Supreme Court, hoping to dissuade the court from requiring employers to affirm gender confusion. She says,

“This is abuse. It is abuse to tell a person he or she can select a gender and truly become the opposite sex. It is a false hope. Such a suggestion is factually a lie, a lie with life-long destructive ramifications.”

SAVE THE STORKS: I love this ministry! [1:08] – Save the Storks has delivered its 49th mobile medical unit. 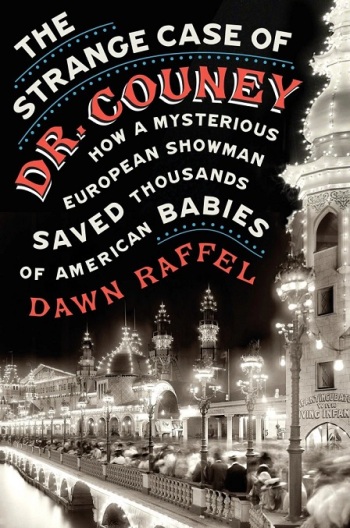 INCUBATORS: I can’t wait to read this! – A new book, “The Strange Case of Dr. Couney: How a Mysterious European Showman Saved Thousands of American Babies,” by Dawn Raffel (Blue Rider Press), tells the story of Martin Couney, a man who with no medical credentials saved thousands of premature infants at a time when the medical community refused to even consider using incubators.

ANIMAL SHELTER: Reading to animals makes them more adoptable [:44] – And what a fabulous way to encourage your kid to both read and volunteer!