GREG GUTFELD: “The Media Dems report the worst of times during the best of times.” [13:00] – “All this is going to do is Red Pill another three or four million Americans.”

TOLERANCE: It’s a conservative trait [4:45] – Are you tolerant? You probably think so. But who is tolerant in America today? Is it those on the left, or those on the right?

BERNIE: He thinks being successful makes you a Bad Person – This from the man who owns 3 houses. BTW, envy is still a sin.

FAUXCAHONTAS: She is an outspoken critic of big banks and corporations – As Warren’s campaign gains momentum against Slimey Joe Biden, big money Democratic donors on Wall Street and in big business have anonymously reported that they will either sit out 2020 or actively support Trump if she is nominated. 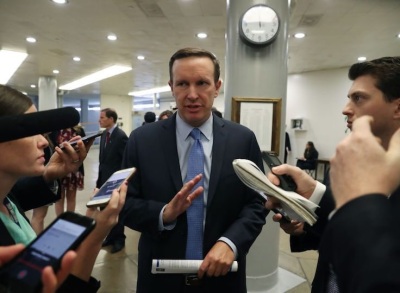 ANOTHER DEMOCRAT LIAR: Senator Chris Murphy (D-CT) traveled to Ukraine in early September. After he came back, he made no mention of Joe or Hunter Biden.

Two weeks later, the whistleblower story breaks and, oh my, he suddenly “remembers” that Ukrainian president Volodymyr Zelensky had told him that Trump had pressured him to investigate Hunter Biden’s involvement with Ukrainian gas giant Burisma.

You might think this would be a big enough deal that he’d have said something when he first came back, right? ::coughcough::

Plus, you know, the phone call transcript AND Zelensky’s public statement both say Trump did NOT pressure him to do anything. He just asked, which is something he has every right to do. And, not only did Zelensky say he would do it, but also he said he HAD ALREADY PLANNED to do it.