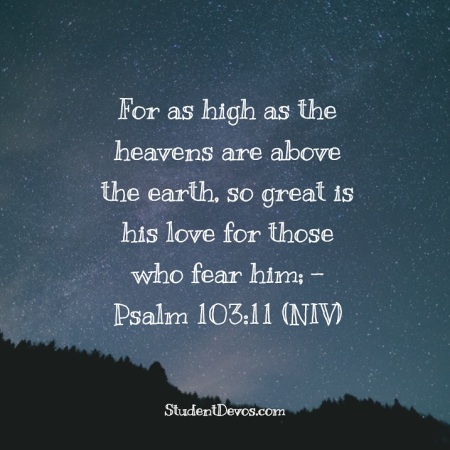 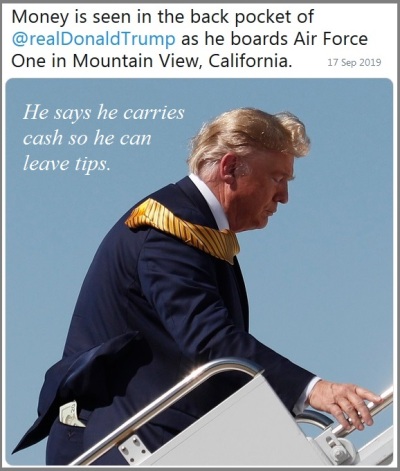 TRUMP: I love this! – After the photo above went viral, a reporter asked the president if he regularly carries cash.

“I do! I do!” Trump said, whipping out a wad of bills. “I don’t carry a wallet, because I haven’t had to use a credit card in a long time. … Maybe a president’s not supposed to do it, but I like to leave a tip for the hotel, etcetera, etcetera.”

MEDIA BIAS: Five stories from last week that the media ignored [3:52] – Under Trump, the stock market has grown by almost $7 Trillion. Anti-Semitic incidents at U.S. universities jumped by 70% in the past year. 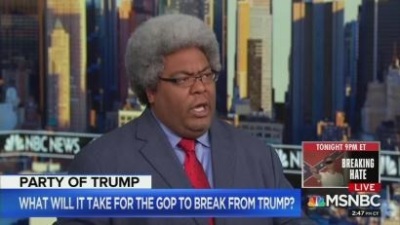 In one rant, he said, “The 37 to 40% of people who believe whatever Donald Trump is going to say, they’re gone. They’re lost. They’re zombies now. And every day, we try to figure out: what’s the cure for zombies, right? There is no cure. They’re gone. We have to just stop them from infecting everybody else.

“And the way that we stop them — we stop this zombie disease from infecting everybody else, is that we have to stop amplifying the lies that are told by Donald Trump. He should never be put on live. He should only put on, on a 30-second delay, and there’s got to be somebody in like a box-in-box under him, just like if there were interpreting sign language, to explain to people that he is lying in real time. Every time he lies. We have to — that’s the only way to kind of — we have to cauterize the wound that is Donald Trump and his supporters, and worry about the people who aren’t infected yet.”

His most recent contribution to the thoughtful, compassionate, coexisty Left was to tell us how he often fantasizes about ramming his car into Trump Plaza. 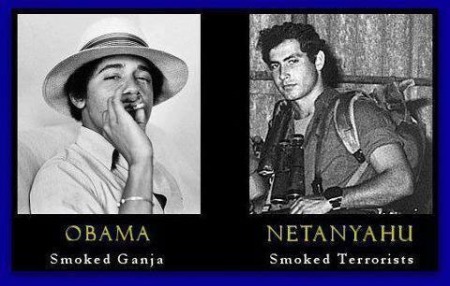 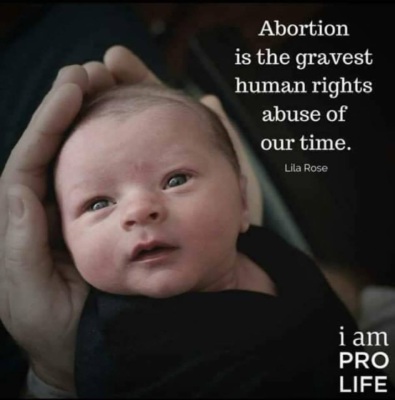 ABORTION: Good news! – The number and rate of abortions across the United States have plunged to their lowest levels since the procedure became legal nationwide in 1973, according to new figures from the Guttmacher Institute.

Guttmacher is the only entity that strives to count all abortions in the U.S., making inquiries of individual providers.

ABORTION: [2:45] – A good overview of the Left’s baseless campaign against Justice Kavanaugh and the abortion-related motivation behind it. 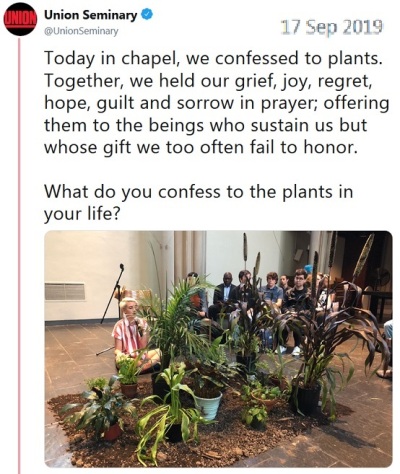 “Progressive theology has long taken shape at Union, where faith and scholarship walk together to be a moral force in the world. Grounded in the Christian tradition and responsive to the needs of God’s creation, a Union education prepares its students for committed lives of service to the church, academy, and society. A Union education develops practices of mind and body that foster intellectual and academic excellence, social justice, and compassionate wisdom. Union forms courageous faith leaders who make a difference wherever they serve.”

MozART: [3:03] – The final scene from the movie Titanic done as only these four guys can do it. 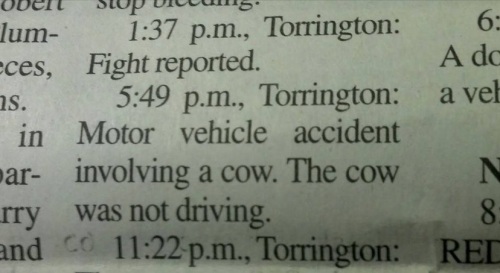