GOD SPEAKS PERSONALLY: From Mama Buzz – This came on the radio shortly after trying to help Buzz with a meltdown: “Don’t be afraid, for I am with you. Don’t be discouraged, for I am your God. I will strengthen you and help you.” – Isaiah 41:10

TRUMP ECONOMY: Median income reached its highest level ever AND the poverty rate has dropped to 11.8% – the lowest level since 2001.

BOLTON OUT: President Trump has fired John Bolton as National Security Advisor, saying that he “disagreed strongly” with many of his suggestions.

Not sending my kids back into harm’s way works for me!

AMERICA IS NOT THE PROBLEM: Fake News is [1:00] – CNN marked the anniversary of 9/11 attacks by declaring that, “Right-wingers are America’s deadliest terrorists.”

Then there was this from the New York Slime …

EVEN WORSE … Senators made NO mention of radical Islam during Monday’s Senate Homeland Security Committee hearing!

It was uniquely held at the National 9/11 Memorial & Museum in New York City, NY, just days before the 18th anniversary of the Islamic terrorist attacks of September 11, 2001.

FLYNN: Michael Flynn has a new attorney who is demanding a litany of Brady material that she says the prosecution withheld from his former lawyer.

One such piece of evidence is a Justice Department memo from Jan. 30, 2017 exonerating Flynn of any collusion with Russia.

The new attorney says Flynn would never have pleaded guilty if the prosecution had not withheld exculpatory evidence.

The judge is reportedly taking the Brady issue very seriously.

ABORTION: Facebook’s “fact checkers” labeled these videos “false, ” which significantly reduces the number of people who see it.

The “fact checkers” Facebook uses are both activist abortionists.

Click below to read the article about this issue at National Catholic Register. It discusses the medical and moral issues in detail. 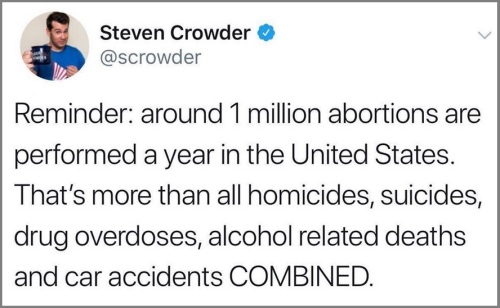 ABORTION: Satan is dancing – It seems there are couples who get off on conceiving, carrying a pregnancy into the second trimester, and then aborting.

“Given that the left has turned abortion from something that used to be a shameful last resort into a celebrated virtue, it becoming a sexual fetish was always the next (il)logical step.” – Paul Joseph Watson

NRA: [1:41] – The NRA has filed a lawsuit that the city and county of San Francisco as well as the San Francisco Board of Supervisors. The suit argues the city’s resolution to label the NRA a terrorist organization poses a constitutional threat to freedom of speech.

I’ve been tempted in the past to join the NRA, if only to say :oP“` to the Left after one of their lying sprees. Yesterday, I actually did it. I decided the membership fee was a good way to contribute to them suing San Francisco!