MASCOTS: First day of school – Buzz is still in Special Ed. Bunny is starting 2d grade. She is also autistic, but much less than Buzz and has been flourishing with mainstreaming. She gets extra help where she needs it and they both continue with speech, occupational, and ABA therapies.

Bootz isn’t ready for school … so he helped with the shopping. Mama Buzz texted, “He scanned all our groceries, bagged them, swiped card (I did my PIN), pushed the cart all the way to the car, then helped load the bags. When we got home, he helped carry them into the house!”

GUN CONTROL: President Trump has backed away from his previous support of stricter background checks for purchasing guns.

“I will say that for the most part, sadly, if you look at the last four or five [mass shootings], going back even five or six or seven years, for the most part, as strong as you make your background checks, they would not have stopped any of it,” said Trump.

MEDIA MALPRACTICE: The Fake & Disgusting News is reporting a recent EPA regulation change as a “roll back” on government requirements to monitor methane, a greenhouse gas that is supposed to be contributing to “global warming.”

According to the American Petroleum Institute, the change is just a Trump red tape cutting measure to reduce duplication with state programs and provide greater clarity. The ultimate goal is not to allow more methane, but to further lower it and other emissions and protect the environment.

MEDICARE SCAM: Scammers are offering “free” genetic tests and claiming Medicare will cover it. They just want your Medicare number so they can use it to commit fraud and identity theft. They’re targeting people through telemarketing calls, health fairs, and even knocking on doors.

If Medicare is billed for a test or screening that wasn’t medically necessary and/or wasn’t ordered by your doctor, the claim could be denied. That means you could be responsible for the entire cost of the test, which could be thousands of dollars.

HOMEOPATHY: On Monday, I had my second root canal. Check out this comparison of the two –

The procedures were done a little less than 2 months apart, at the same time of day, by the same doctor, on the top left side of my mouth. Both teeth had been infected and had required antibiotics in the weeks prior.

The only significant differences between the two procedures were that the first one was a bicuspid, while the second was a molar that needed more shots of anesthetic and took longer to fix than the first one did. Also, I took Magnesium Phosphate (homeopath) before and after the second one only.

The day after the first procedure, I couldn’t close my teeth together or even think about chewing. I needed both Ibuprofen and Acetaminophen every four hours, plus an ice pack off and on for the pain. It was several days before I could chew comfortably again.

The day after the second procedure, my mouth closed comfortably, I was just a little sore at the injection sites, and needed only one pain pill. I had a bacon cheeseburger for dinner. 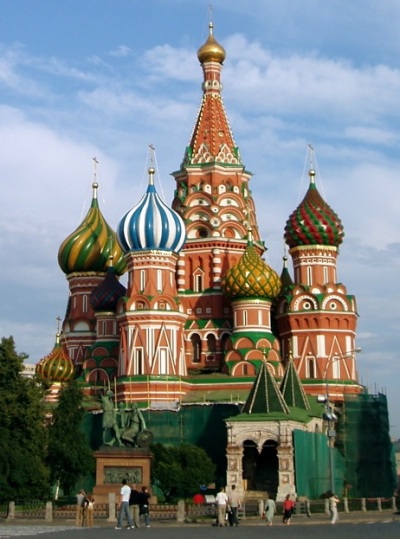 RUSSIA: Patriarch Kirill of Moscow and All Russia says, “Over the last six years our Church increased by 5,000 churches and 10,000 clergymen.”

In 1972, I had the amazing opportunity to visit Moscow in the then-U.S.S.R. Our hotel was across the street from Red Square. Two amazing things happened to me.

One, I saw St. Basil’s Cathedral, which stands at one end of Red Square. I just stood there and gawped. It is the single most beautiful building I’ve ever seen. At that time, it was being renovated and nobody could go inside. For many years, the government used it only as a museum. But starting in 1991, Orthodox religious service were allowed occasionally. And since 1997, they have been held on a regular basis.

Two, my friends and I took a stroll around Red Square before bed on what I later learned was Orthodox Easter Sunday. As we were exiting Red Square, we saw the lights in the windows in the office building across the street were in the shape of a cross.

I have often wondered if whoever pulled off that bit of Christian rebellion got into a massive amount of trouble. I hope not. Moscow was a very grim, gray place, full of unfriendly, unhappy people. Seeing that sign that the atheistic government had not managed to evict Jesus was incredibly moving to me. 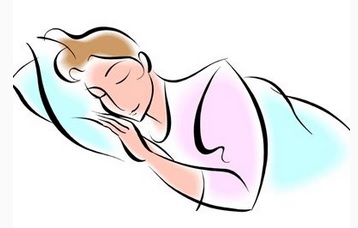 SLEEP: One full sleep cycle takes about 90 minutes – Different phases of sleep confer different benefits on the brain and body. According to a sleep researcher, the first 20 minutes increase energy and alertness. It’s a good length of time for a daytime nap.

If you stay asleep longer, you’ll enter slow-wave sleep (SWS), which is when the brain begins to process memories and information. After that comes rapid eye movement or REM sleep, the creativity-boosting dream phase.