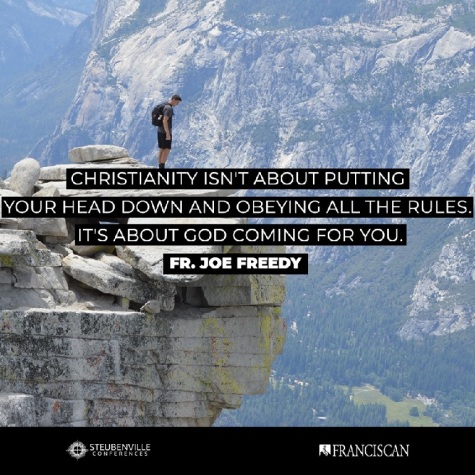 ABOUT GOD COMING FOR ME: This photo is exactly how I pictured my faith journey when I had gotten to the end of the logic and research phase. I had realized that God COULD exist and He COULD be the God my Catholic upbringing had taught me about. But I couldn’t possibly ever KNOW on my own.

I felt like I’d walked across the country and been stopped by the Grand Canyon. I “stood” on the edge and prayed, “God, if You are real and You want me to know You, You are going to have to come and get me, because I can’t go any further on my own.” 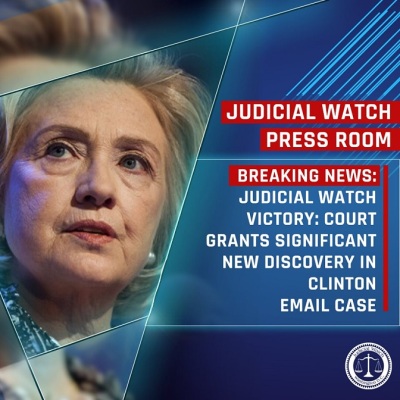 JUDICIAL WATCH: A federal judge has granted all of Judicial Watch’s requested discovery about Clinton’s email – Hillary Clinton and Mills 30 days to file any opposition to the requests to question them in person under oath.

ARTHUR C. BROOKS: This is really worth your time [6:09] – What can we do about the great national divide?

Brooks is also the author of the wonderful book, Who Really Cares? I have that one; it’s fascinating. And I think it’s so interesting that, while talking to Huckabee here, he describes himself as a conservative Christian.

Way back when he began researching personal charity, he was a liberal who expected to find that liberals were more generous than conservatives. What he actually found … over and over and over, both here and abroad … is that liberals are more stingy.

The more politically conservative a person is, the more likely he or she is to donate money, time, and blood. And if the person attends church regularly, the likelihood goes way up.

SOCIAL LIBERALISM: Today’s dominant heresy [5:00] – Both Judeo-Christianity and the Natural Law worldviews teach that the spirit and mind are inextricably linked to the physical body. Therefore, abortion and euthanasia are murder and transgenderism and homosexuality are psycho-spiritual disorders.

By contrast, Social Liberalism – the heresy that is ideologically dominant among our cultural elites these days – teaches that the body is a mere instrument or vessel for the spirit-mind. Therefore, abortion, euthanasia, homosexuality and transgenderism are morally-neutral personal choices.

Social liberalism is nothing more than Satan’s latest re-run of an ancient and recurring heresy known as Gnosticism. Gnosticism in various forms plagued the early church; it has recurred again and again in various forms throughout the centuries. Little wonder then that it is popular with actual Satanists.

PRAGER U: Judge J has Dennis Prager on to talk about social media censorship of Conservatives [4:43] – The legal issue is that Google’s YouTube is a “platform,” which means they cannot be sued for libel. But by censoring content, they are behaving like a “publisher.” They must not be allowed to have it both ways.

FIRST AMENDMENT: Are there limits to our right to free speech? [2:23] – Ben Shapiro explains. 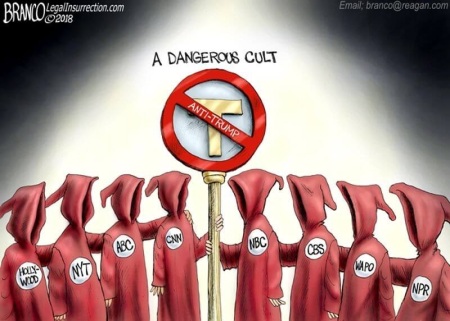 MEDIA MALPRACTICE: A visitor to the zoo saw a lion grab a child by the collar of her jacket and try to pull her into his cage.

The visitor raced over and punched it hard on the nose. Whimpering from the pain, the lion let the girl go.

A reporter interviewed the man. “Tomorrow’s paper will have this story on the front page. So, tell me about yourself?”

The man replied, “I’m a U.S. Marine and a Trump Republican.”

MICRO PREEMIE: The world’s smallest ever baby to survive has gone home [4:47] – Born at 23 weeks gestation, weighing just 8.6 ounces (about the size of an apple), she is now a healthy five pounder.

DONATING ON A LIMITED BUDGET: Charities benefit from donations of all sizes. This article gives good advice about how to manage and maximize your giving.