THREAT TO CLINTON DYNASTY ENDS UP … DEAD: Color “conspiracy theorists” not shocked [4:10] – How very convenient for all those powerful men (include Slick Willy, who has a mile long list of other fatal “oopsies” happening to people who threatened him). Thank God that God’s judgment will get these vile pigs. Oh wait … Epstein’s already been there and done that. Good. 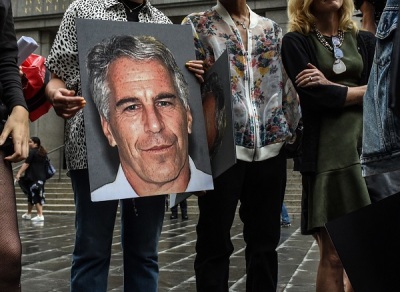 CIVIL SUITS: The women who say Epstein sexually abused them plan to seek justice by suing his estate and helping any prosecutions of his enablers, according to lawyers and one of the women. I hope that if they plan to go after anyone like Clinton that they have Very Good SECURITY.

AG BARR: Attorney General William P. Barr issued the following statement – “I was appalled to learn that Jeffrey Epstein was found dead early this morning from an apparent suicide while in federal custody. Mr. Epstein’s death raises serious questions that must be answered. In addition to the FBI’s investigation, I have consulted with the Inspector General who is opening an investigation into the circumstances of Mr. Epstein’s death.”

TRUMP CLEARED: Despite the constant fake news by the liberal media that Trump was a top client of the convicted pedophile, the latest court documents cleared Donald Trump.