THE MUELLER WITCH HUNT INVESTIGATION: After spending 22 months and more than $30 million in taxpayer money, after issuing more than 2,800 subpoenas and calling more than 500 witnesses, after publishing a 450-page report, Democrats have ended up looking like the fools they are.

[N.b., page lengths for the report vary, I’m guessing based fonts and formatting.]

MUELLER: Opening statement by Rep. Devin Nunes (R-CA22), the Chair of the House Intelligence Committee [5:48] – Nunes called the hearing the ”last-gasp of the Russia collusion conspiracy theory” and ”political theater.” He gives a good run-down of the whole sordid history of “Russia! Russia! Russia!”

TUCKER: Overview and conclusions about Mueller’s performance [8:28] – One very important point, especially given the Democrat Media’s headlines that “Mueller did not exonerate Trump.” Prosecutors do not exonerate anybody. It’s not their job.

NBC: [:32] – Chuck Todd Todd said that Democrats did not get from Mueller’s testimony what they needed to move ahead with impeaching President Trump. 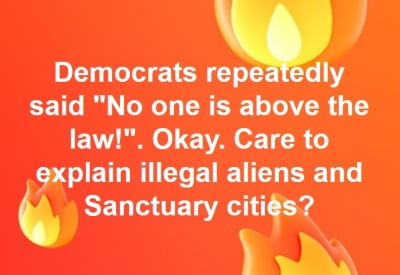 CNN admits Mueller testimony is a victory for Republicans 😂 pic.twitter.com/BXJf4ZRDvy

CNN: [:41] – Another Left Stream Media news outlet gives thumbs down. I think this is a testament to how bad Mueller’s testimony really was. “News” organizations like NBC and CNN usually find some way to spin things to look good for them and bad for Trump, even if they have to lie.

CNN: [1:02] – Jake Tapper pathetically tries to excuse at least some of Mueller’s bad performance by blaming Republican questioners of not being “respectful of this 74-year-old.” Suuuure, Jake. You try to go there. Robert Mueller (74) was put in charge of investigating President Trump (73) who is shredded on a daily basis by YOUR network? ::snort:: 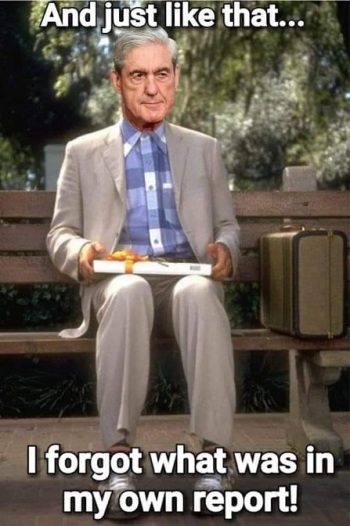 BEST LINE: “The person who learned the most about the report today was Mueller.” – Trey Gowdy

One response to “More Mueller”