I need this song today! Three hours until my Double Root Canal.

FREE SPEECH FOR ME, BUT NOT FOR THEE: Plus, “strangling the free world”? With tweets? BWAHAHAHAHA! Trump really does live rent free in their heads.

RELIGIOUS FREEDOM: Don’t hold your breath waiting on the Left to give President Trump for this – Ilhan Omar is shooting off her mouth again, calling Trump a racist and saying he wants black and brown people to all leave the US. What a load of donkey doo! Watch this video if you have the time.

SEND HER BACK: [1:58] – President Donald Trump said he was “not happy” with the chant at his rally on Wednesday night, adding that he will try to stop it if it happens again.

BORDER: During the past 18 months, more than 331 illegal aliens have been charged with 1,172 child rapes and child sexual assaults in North Carolina alone. Besides this being only one state, a study has shown that only 12% of child rapes are even reported. 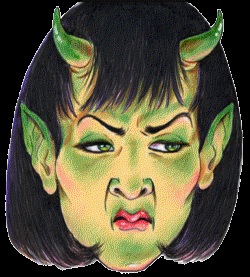 SATAN IS JEALOUS OF US: Because God has given humans an amazing gift – When a man and a woman come together, we can create together a new, immortal life. Angels can’t have children.

Satan and his demonic horde are fallen angels who envy our creative ability. So they strive to make a mess out of marriage and child-bearing with birth control, abortion, homosexual relationships, etc.

I even saw recently where some air-headed celebrity was bragging about how she wasn’t going to have children, because of climate change.

BIRTH CONTROL: “The issue of birth control cuts to the core of the diabolical disorientation of the family in the Western world. When your daughter, sister, wife, or girlfriend swallows that pill, not only does she ingest all the artificial hormones that increasingly are linked to breast cancer and strokes later in life, she ingests our society’s judgment of her worth. Whether she takes it with explicitly naughty plans like those of Sally, or for the diversionary purposes of my teenage peers a decade ago, she always absorbs all of the presuppositions that the pill represents. As the soul is more sensitive than the body, these presuppositions are what cause the most damage. They deserve a good dismantling.”