PERSONAL NOTE: Please remember me in a special way today and tomorrow. Tuesday at 8:30 am Eastern, I have an appointment with an Endodontist for a double root canal. Thank you. 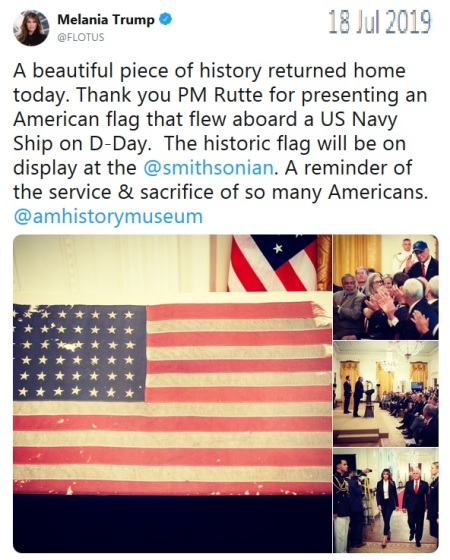 AMERICAN HISTORY: Thanks to the generosity of retired Dutch businessman and art collector Bert Kreuk, an American flag that flew on the first U.S. invading ship on D-Day has come home.

Kreuk paid $514,000 for it at auction three years ago with the intention of donating it to the United States.

BORDER: [3:09] – Border Patrol agents were rushed and assaulted by migrants determined to cross the border illegally.

On @Morning_Joe I said we should be able to disagree on policy without this hateful rhetoric, and we've got to call it out.

And then we need to keep talking about how we're going to make healthcare more affordable, invest in infrastructure, and bring down our debt. pic.twitter.com/euWjbXRM61

DEMOCRAT THUGGERY: Sen. Tester’s edit [1:08], Greg Jarrett’s edit [1:50] – Democrat Senator Jon Tester (D-MT) went on Morning Joe and said, “We should be able to disagree on policy without this hateful rhetoric, and we’ve got to call it out.”

When he posted his appearance on his Twitter account, he stopped the clip before he got to the next part, where he said, “I think you need to punch [Donald Trump] in the face.” 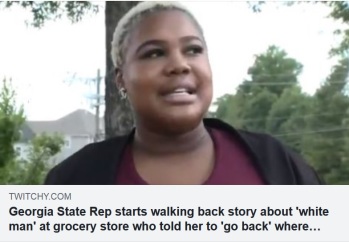 FAKE NEWS ALERT:On July 19, African-American Georgia state representative, Erica Thomas, posted a weepy self-video to her Twitter account in which she says she feared for her life after veing “verbally assaulted in the grocery store by a white man who told me I was a lazy SOB and to go back to where I came.“

The video went viral, pushed along by the Trump-hating Left (including Bill de Blasio and Ted Lieu) … until they found out that the “white man” is a Hispanic, anti-Trump Democrat who claims he never told her to go anywhere and that she is just claiming he did to score political points.

He may have a point. Clicking on her website, electericathomas.com, takes you directly to this donation page with a #StandwithErica note:

Lieu has reportedly deleted his #StandwithErica retweet of her video and his comment predicting that such behavior will result in Democrats sweeping the 2020 elections. 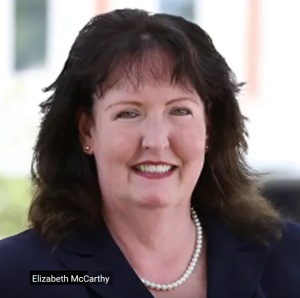 ANOTHER DEMOCRAT LIAR: Openly gay Florida Democrat, Elizabeth McCarthy, claimed throughout her campaign for a State House seat that she was a cardiologist at Orlando Regional Medical Center who treated multiple victims on the night of the mass shooting at the LGBT “Pulse” nightclub in 2016.

She now admits she “made it up. … I wanted to be somebody in the community, and I’m sorry. I knew it was wrong and I should have stopped.”

The Department of Health has fined her $3,094.95 and served a cease-and-desist order barring her from telling anyone else she is a medical professional.

NAIVE: And dead – Hodan Nalayeh, a Somali-born Canadian journalist, traveled to her birth place last week to challenge stereotypes about the nation by documenting its beauty.

On July 10, she posted pictures showing how much fun she and her husband were having in Kismayo and the neighboring island of Ilisi. “It’s so clean & breathtaking. A perfect place for a day swim with the family.”

On July 12, Muslim terrorists stormed her hotel in Kismayo and killed more than two dozen people, including Hodan, her husband, and their unborn child.

PERVERT: British politician, David Smith, has pushed for gender-neutral bathrooms in the community. He says it because of his support for “transgender and non-binary people.”

Yeah? Maybe not. He’s been arrested and charged with nine counts of sexually touching a child. He is due in court on August 7. He denies the charges.