Here’s a video of John Voight cleaning the rain off seats for Gold Star families.

This is what it’s all about! pic.twitter.com/q1iAyUnWSs

JOHN VOIGHT: He’s a humble, classy guy and a real American patriot – A few days before the event, he said, “There’s no greater honor than to stand with these moms who have lost their loved ones who sacrificed for our country, for our freedoms, and who love and honor and respect our nation.”

MUST WATCH VIDEO: This is priceless – “Congress is less popular than traffic jams, root canals, and hemorrhoids. You’re beating head lice, but the lice have asked for a recount.” The rest of this video is packed with good sense. “Over 80% of Americans want term limits.”

ZING: Well done, Mitch! – Senate Majority Leader Mitch McConnell was criticized by Democrats for, gasp, opposing reparations when one of his long dead, great-great-grandfathers once upon a long time ago owned 14 slaves.

He responded, “I find myself once again in the same position as President Obama. We both oppose reparations and we both are the descendants of slaveholders.” 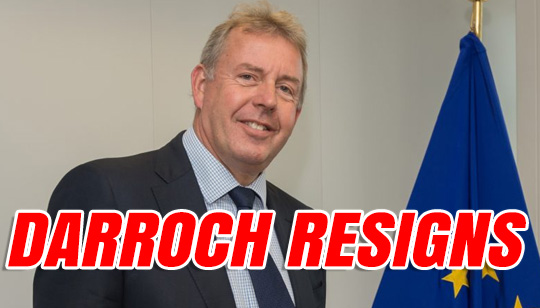 The UK condemned the leaks and defended the comments, saying ambassadors need to be frank in their private communiques. But Trump said he would not work with Darroch, so he’s out.

Joe Hoft at Gateway Pundit has an interesting comment. “Some individuals believe that the leaks were a means to soften the blow when the real crimes come out about how the UK attempted to overthrow the US election – a foreign government did interfere in the US election of 2016 and that government was the UK – not Russia!”

PROJECT VERITAS: “Google doesn’t have a bias” NOT! [5:19] – More than 1,000 employees signed a petition demanding that Google cut off its relationship with Breitbart Media Group.

PROJECT VERITAS: Washington Post lies [7:12] – I refuse to even click on WaPo. If you see me quote them here, it will be a re-quote from whatever source I list.

NOTRE-DAME CATHEDRAL: The French government continues to move forward with restoration of the Cathedral of Notre-Dame to its original state.

New legislation will provide tax breaks to citizens who have donated to support the historic building. Construction workers have been working nearly round-the-clock since the April fire.

SLIPPERY SLOPE: This was the next logical step after the legalization of gay marriage – The American Psychological Association (APA) is putting together a task force to study “consensual non-monogamy.”

Psychologists based at California universities, who are leading the group, seek to promote “awareness and inclusivity about consensual non-monogamy and diverse expressions of intimate relationships.”

Besides the slippery slope thing, I believe this may very well be how Satan gets us to the End Times place where marriage is abolished. If they redefine marriage enough times, it will begin to mean anything, which means it will mean nothing. From there, it’s a short step to this:

“Now the Spirit explicitly says that in the last times some will turn away from the faith by paying attention to deceitful spirits and demonic instructions through the hypocrisy of liars with branded consciences. They forbid marriage …” – 1 Timothy 4:1-3