AFTER you watch the video: Think about the stuff he says in terms of hunting and gathering societies – I did this years ago when I first saw this video and it gave me tremendous insight into why Dearest and I had so much trouble communicating.

It’s not because he’s stupid and I’m overly emotional. It’s because he’s wired to stalk prey for days on end and stand motionless over holes in the ice for hours on end so our family can eat, while I am wired to imagine, anticipate, and care passionately about preventing every possible disaster that could possibly ever happen to my offspring so they’d all survive to produce the next generation.

God knew what he was doing when he made us like this. I also think it may be at least one of the reasons he dislikes homosexual relationships. Because we’re so different, male-female pairings have to work a lot harder at loving one another than male-male or female-female pairings do.

RUSSIAN SUB: This is an important news report. I encourage you to watch it. [4:17]

CENSUS: Can anyone explain to me why we can’t want to count actual citizens when we use the census to allocate votes in congress?! Also, does anyone know the rationale that went into removing the citizenship question in 1960?

“The Justice Department indicated Friday it will still pursue options to “add” a citizenship question on the 2020 census despite a court setback, as President Trump said he is considering using an executive order as one of several options.”

Gillibrand’s comments were idiotic. My military kids have far better houses and health insurance than we do!

This, however, is smart and funny. “There is only one group of people talking CONSTANTLY about Donald Trump. They have condominiums in their head!”

I really didn’t get what Juan Williams’ issue was. Was Trump supposed to hide in the White House the whole day?! If he’d done that, Democrats would have been bitching about how disrespectful THAT was. 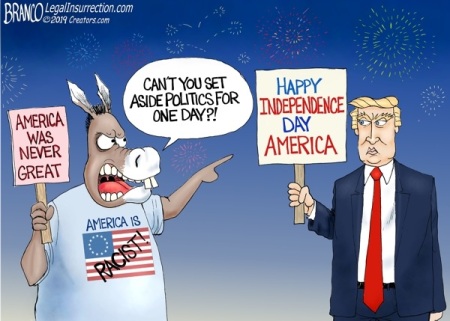 DEMOCRATS WERE PISSED: Of course. Are they ever not? –

Also this: Hollywood’s ‘Salute to America’ Meltdown: ‘Apologies to the Rest of the World’

But you’d think they’d at least care that one of their own … a journalist, and not just any journalist, but a GAY journalist … was viciously attacked by Antifa thugs.

When Democrat special interest groups clash, I am always interested to see which ones the Lefties defend and which go under the nearest bus. And I’m also still wondering who determines the Democrat Talking Points for each day. I wonder if James O’Keefe could find out …

AOC: She’s been caught lying out her lying pie hole AGAIN – But I’m so bored with her. Go read if it you care. ::yawn::

CYBER DEFENSE: Thanks, but no thanks, Hillary – Hillary Clinton was invited to give the keynote speech at a cyber security summit hosted by FireEye, Inc in Washington, D.C. this fall.

The irony was lost on no one, except, it seems, the organizers, who were mocked mercilessly and then, oopsie, changed their minds.

SACK TOON: Sister Toldja at Red State wrote about a political cartoon the Minneapolis Star Tribune published on Tuesday that has people accusing the paper of sexism and hypocrisy.

I guess. My biggest problem with the cartoon was that it was supposed to be Ivanka Trump, but it looked a lot more like Chelsea Clinton. They do superficially resemble one another, except that Ivanka is drop dead gorgeous and Chelsea is, well, not. 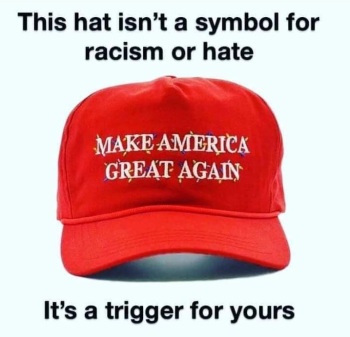 TOLERANCE: Hill Country BBQ joint in Washington DC tossed out a bigoted Magaphobe for harassing Trump supporters on the 4th of July.

And surprise, surprise [not], the bigoted Trump-hater, who describes himself as a “progressive communicator”, actually believes he’s the victim. He tweeted everyone should boycott the company for serving “Nazis” – i.e., people wearing MAGA hats.

NEW YORK: New York Rensselaer County Clerk Frank Merola plans on suing the state over the new Democratic law [2:33] – “It’s not about driving. … They want to give them a license identical to a license everyone holds to register to vote.“

83% = “Using violence to stop a speech, protest, or rally” is UNACCEPTABLE.

68% = YES “the climate on my campus prevents some people from saying things they believe because others might find them offensive.”

A majority of the religiously unaffiliated and non-Christian religious (including Jews) =  “Promoting an inclusive society” ahead of “Protecting citizens’ free speech rights.”

64% of heterosexual students = “Hate speech should be protected.”

61% of homosexual students = “Hate speech should not be protected.” 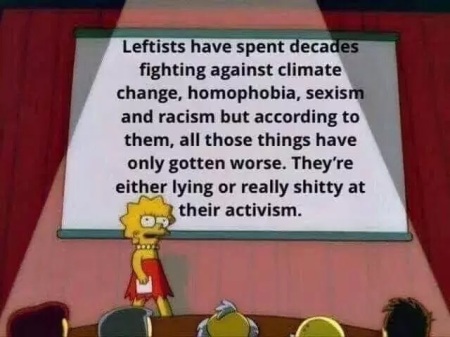 DEMOCRAT GOOD SAMARITAN: Satire from Babylon Bee – Greg Klein was walking home when he saw an injured man on the side of the road. Much like the good Samaritan in Jesus’s parable, Klein acted swiftly. He immediately took out his phone and let his rival political party have it on Twitter.

“Just look at what’s happening because Republicans care about corporations and not the community,” Klein posted, including a picture of the injured man. And assuming the injured man was a minority (though he didn’t get close enough to be sure), he also tweeted this was further evidence of the Republicans’ “white supremacy.”

But Klein didn’t stop there. From his very own pocket, he then made a $35 donation to Elizabeth Warren. “If we can get Trump out of office and Warren in, then we can get this man free health care,” Klein later tweeted. “And get rid of his student debt… if he has that.”

Having done all he could to help the man, Klein then summoned an Uber and got away from there. 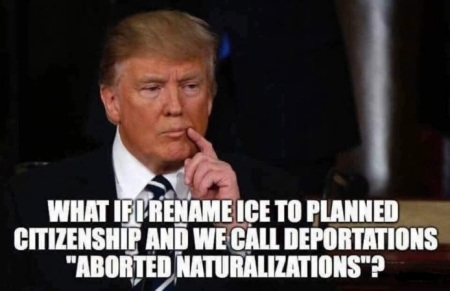 ABORTION: “Perhaps we should think of babies as ‘birth immigrants’ and then they’d be protected from murder with the same fervor that we protect born children from being put on a bus and taken back to their families in their home countries.” ―Matt Walsh

THE LEFT IS REALLY STUPID: Universities are spending actual money to install tampon machines in men’s rooms for the convenience of women who identify as male, while still being female enough to menstruate.

Inquiring minds want to know if they ever need refills.

What kinda psychopathic behavior is this?! pic.twitter.com/T8AIdGpmuS

15 MINUTES OF FAME: Is it worth serving time in jail? – After this disgusting video went viral, the ice cream company recognized the store and removed every half gallon in the flavor she had licked and put back.

Meanwhile, police identified the woman, who may be charged with felony product tampering. 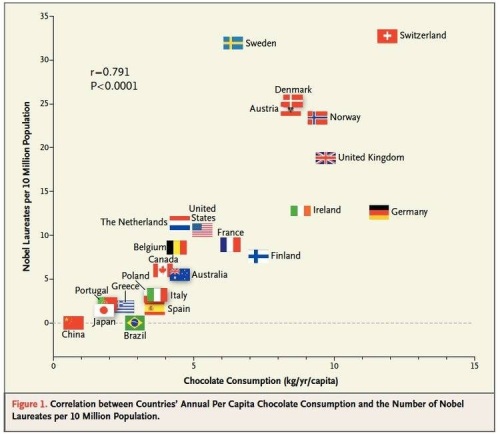