TRUMP 2020 KICK OFF RALLY: Since POTUS announced he would kick off his reelection campaign at the Amway Center in Orlando on June 18, ticket requests have skyrocketed. There are now 100,000 for the 20,000 seat arena! In response, President Trump has announced there will be an all-day “45 Fest” tailgate party beginning at 10 am. The campaign is promising food trucks, live music and giant screen TVs to watch Trump’s speech which will begin at about 8:00 pm. 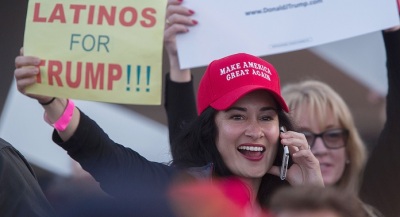 “He starts in a much better place for reelection than when he launched his 2016 campaign,” said Daniel Garza, a Bush administration veteran who runs the Libre Initiative, a Koch network group that encourages Hispanics to embrace conservative policies.

That’s quite a turnabout for Garza who said in August 2015: “[Trump’s] positions are indefensible. I would actually rise up against him.”

One thing that will definitely help Trump with this demographic is their deep Christian faith and pro-life values. My late aunt was a long-time member of a largely Hispanic Catholic parish where she said the pro-life ministry was vibrant, yet many of the Hispanics were Democrat voters. Her assessment was that they were simply ignorant of the party’s devotion to unrestricted, taxpayer-funded abortion. It is becoming less and less possible to NOT KNOW. 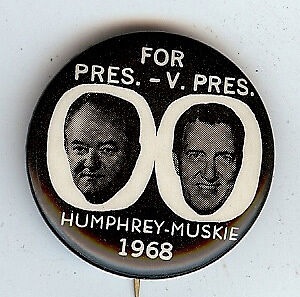 DEMOCRAT HISTORY: “Remember 1972 Democrat nominee Edmund Muskie? Yeah, neither do I. Well, I sort of remember Edmund Muskie, who was the party establishment’s favorite as the campaign season began, but Democrat voter base, radicalized by the hippie movement moving into adulthood and the early reports of the Watergate scandal, were looking for a much more radical alternative that year. Ultimately, the party presented closet Marxist George McGovern to the country, and an electoral slaughter of epic proportions ensued, despite the media’s best efforts to destroy Richard Nixon.” -David Blackmon

Democrat Party officials, fundraisers, and donors blame their deficiency on competition from the 23 Demi-Nomi-Wannabes, perception of some contributors that the national party is disorganized, and the growing schism between the old-guard establishment and the younger, activist wing.